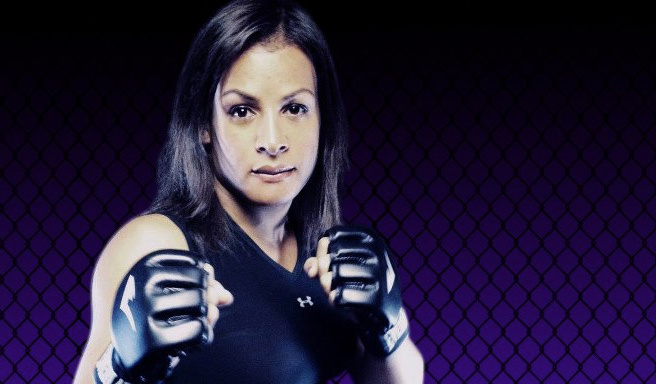 Nearly two weeks after Fallon Fox knocked out Ericka Newsome 39 seconds into their bout at Championship Fighting Alliance 10, the Florida State Boxing Commission is still reviewing Fox’s license in the wake of the revelation that she was born male.

The outing of Fox brings mixed martial arts into new territory. Fox has already stated her desire to join the UFC, but UFC president Dana White told TMZ that a transgender fighter would have to be approved by a state athletic commission before that could happen. White also pointed out that Fox (2-0 as a professional, 5-0 overall) would need to prove herself against stronger competition before he’d considered her for the UFC, and UFC vice president of regulatory affairs Marc Ratner says the transgender issue hasn’t even been discussed inside the promotion.

Activists such as Lambda Legal transgender rights attorney Dru Levasseur applaud Fox and are glad for the chance to have the discussion and for the increased visibility and awareness of their marginalized community. Some female fighters have voiced their concerns about the strength advantages an opponent who was born male would have, while others say they wouldn’t hesitate to scrap with a trans woman.

For Levasseur, the issue is a simple matter of equal access: Trans people should be allowed to participate in sports just like everyone else.

“Historically, at first people were very nervous about letting trans people participate in sports because they didn’t understand the science, the medical understanding of transsexualism,” Levasseur says. “I think it shows something that the international sports communities have come a long way in creating standards so that trans people can participate instead of just blocking them entirely.”

The International Olympic Committee requires two years of hormone therapy and gender reassignment surgery along with verifying that testosterone levels fall within an acceptable level before a trans woman can compete as a woman. But a better standard, Levasseur says, is the NCAA’s policy, which also requires two years of hormone therapy and regulation of testosterone levels but has no surgical requirement. Genitalia has no bearing on athletic ability, he says, and not all transgender people need or want genital surgery.

“The science shows that trans women competing against women, when they are on hormones for two years according to the standards, they end up having even less testosterone than the other women,” Levasseur says.

Brand-new UFC bantamweight Julie Kedzie trusts the science Levasseur cites and points out that Fox has been undergoing hormone therapy far longer than the IOC standard requires. Kedzie wrote on her Facebook page Saturday that she’ll fight anyone who passes commission standards and makes weight.

“Biologically, she’s a woman,” she says. “I really do believe that. I trust science. I know that probably more studies need to be done about nearly everything in this world, but I do believe that biologically Fallon is a woman, and if she were in my weight class, I wouldn’t have a problem fighting her at all. … I tend to believe that the best technique wins.”

However, Kedzie continues, if nothing else it would have been good manners if Fox had disclosed her trans status beforehand, though she believes the desire for secrecy on a subject that has proven so inflammatory is certainly understandable. Other females at Kedzie’s gym she’s talked to don’t share her willingness to fight a trans woman, she says, and she respects their right to choose whether or not they would.

“I don’t think that a transgender person who is now a female is unbeatable, but I definitely think they have an unfair advantage,” Esparza says. “Especially someone who was a man during the puberty years, that’s when you become who you are. They develop their bone structure for three years after women do. … They have a different muscular structure. You can’t take everything away.”

To be comfortable with the idea of trans women fighting as women, Esparza says she would have to see more objective studies, not research conducted by trans advocates or doctors who make money treating trans patients.

“I don’t think they want to say, ‘Hey, if you do this surgery, well, you’re still going to be kind of like a man,’” Esparza says. “They’re going to say, ‘Oh, you’re totally a woman.’ Because that’s what they’re paying all this money for.”

Esparza says none of the women at her gym would fight a trans woman, but she wouldn’t take away the decision to fight a transgender woman from another fighter. However, she adds, opting out may not always be feasible.

“For example, the tournament situation that Fallon is in now,” she says. “If the person does not want to fight Fallon, that person is potentially out $20,000 and a belt. I don’t think that’s fair.”

Sports-medicine specialist, ringside trainer, and Fightland’s own Fight Doctor, Dr. Michael Kelly, D.O., confirms that genetically, males and females do have differing ratios of fast-twitch to slow-twitch muscle fibers. (Fast-twitch fibers offer quick bursts of strength or speed while slow-twitch fibers offer sustained performance.) But training has more to do with the development of one over the other than it does birth gender, he says. Kelly dismisses the idea that inherent bone strength would be much of a factor, as bones strengthen in response to stress. Assuming a trans female has an acceptable testosterone-to-estrogen ratio, Kelly sides with Kedzie that technique is key. Of course, how a fighter comes up with individual technique can be influenced by their inherent strengths. Genetic males tend to have an easier time developing upper-body strength while females tend to have stronger lower-body strength.

“A lot would depend on the fighting style, what their techniques are, which ... could be attributed to their inherited strengths,” Kelly says. “People tend to duplicate what they’re good at. It’s really difficult to say that there would be one distinct advantage one way or the other.” For example, he says, a female bodybuilder who cross-trains in martial arts will have a definite strength advantage over a similarly sized male who has led a sedentary lifestyle.

Kelly believes the IOC standard for transgender athletes is fair because it takes about two years of treatment for hormone ratios to level out. Beyond that, he says, society owes it to those who have undergone such drastic spiritual, emotional, and physical changes to accept them for the gender they identify as.

Whether women MMA fighters would accept Fox or any other potential trans competitors as a fair opponent remains to be seen. Dru Levasseur posits that any inherent physical advantages for females who are genetically male are simply matters of human variation, like height or build. Furthermore, he says trans status is a private medical issue and that only an athletic commission overseeing a fight has any business knowing a fighter’s gender. Outing transgender people is a violation that can put them at severe risk of bullying or even violence, he says.

Yet even the open-minded Kedzie believes the opponent of a transgender fighter has the right to that knowledge. She emphasizes that her own willingness to fight a trans woman doesn’t mean she speaks for other competitors.

“I just don’t think everything is as black and white as we tend to think it is,” Kedzie says.