On the Monday afternoon that I talk to Iraq and Afghanistan Army Veteran Todd Vance, President Obama is preparing the deployment of 1,500 additional troops to the same region he once served—the tribal and mountainous Mosul and nearby cities—in a surprising but seemingly necessary ground troop expansion of his "degrade and destroy" campaign against ISIS. Vance, who served in the U.S. Army and U.S. Special Forces in the region from 1999-2005, is rushing back to San Diego after a brief vacation with his new girlfriend but not because of the new deployment. This time, rather, he returns to San Diego to focus on what exactly these troops will do when they return home.

"We had a Sunday Funday, and had a crazy Halloween,” Vance tells me. It is a long overdue break from the busy work schedule, juggling the logistics of the nonprofit veteran MMA team POW (Pugilistic Offensive Warrior Tactics) that Vance founded and currently heads, along with the added pressure of his night job as a security guard at a San Diego bar to help pay the bills—a position he was granted almost immediately after he told the bar’s owner he was one of the cities 28,000+ veterans, about ten percent of which are tragically homeless and visibly encamped on the warm city streets.

Vance’s top priority is taking Veteran homelessness and assimilation to civilian life head on. He has incorporated his P.O.W. MMA program as an official 501(c)(3) nonprofit organization, offering 14 classes per month and a very active peer-led network of support for returning veterans. After witnessing success with many “graduating classes” at San Diego’s Undisputed gym, Vance hopes to expand the program nationwide under the P.O.W. name. 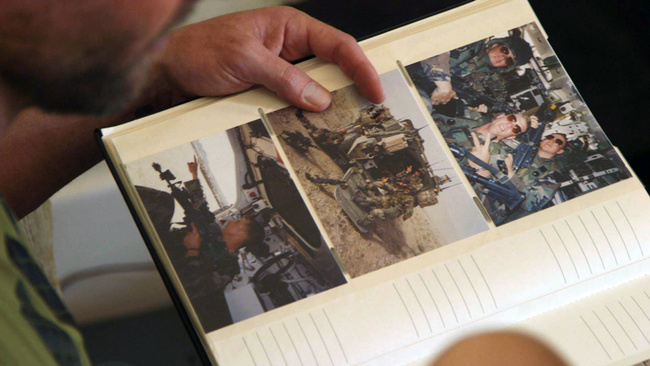 “People from around the country reach out to me with stories of how MMA and other forms of rigorous exercise have played a positive role in their assimilation and the treatment of PTSD symptoms. I see copycat programs popping up as well, I want to make sure that I’m a part of that, I’m hungry to see P.O.W. spread,” Vance explains.

Last month, the newly appointed Secretary of Veterans Affairs Robert A. McDonald announced a series of Supportive Services for Veteran Families (SSVF) grants that will help an additional 70,000 homeless and at-risk Veterans and their families throughout the country. The new funds come as Secretary McDonald, who was previously the President and CEO of Procter & Gamble, attempts to completely reform what is widely seen as a broken system for returning veterans. The need for a rapid and sweeping reorganization came to public debate when it was unveiled that at least 40 US veterans had died while waiting for care at Phoenix, Arizona Veterans Health Administration facilities, and V.A. employees had attempted to conceal the errors.

Of the $207 million of new federal funds that Secretary McDonald and the V.A. has distributed, $6 million have been awarded to San Diego programs, namely the Veterans Village of San Diego and nearby Interfaith Community Services of Escondido. Todd approached one V.A. backed program, the Aspire Center, for advice. The Aspire Center is a local Veteran Residential Rehabilitation Treatment Program that focuses primarily on homeless or imminently homeless veterans. Todd visited with the center’s counselors and explained the positive effects he had continually witnessed with his P.O.W. MMA program. After many brainstorming and informational sessions, the Aspire counselors were on board and suggested that Todd present his program to the center's Board of Directors, in hopes that the two could work together on the expansion. 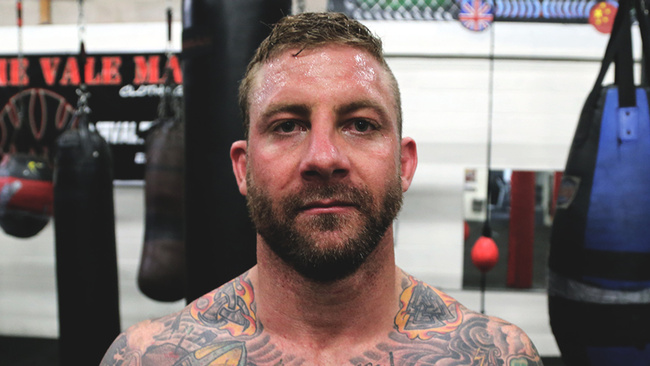 Todd was understandably nervous about the presentation, as the V.A. is often ignores MMA as too violent to productively rehabilitate veterans with PTSD. But the presentation was well received, the facts stood for themselves as Todd laid out various successful case studies and positive testimonials from the Vets on the team. "It's the best feeling in the world to see them make change for themselves," Todd tells me. "If you want to help a veteran, give them an opportunity, a kick in the butt. This isn’t a program holding their hand into assimilation, this is them doing it themselves, and it has been successful time and time again.”

The Aspire Board of Directors pinpointed the need for quantitative data that could clinically prove the success of the program. Having a clinical study with hard facts and numbers around it would be a critical and necessary step in approaching larger donors and getting the attention of the V.A., which is notoriously overloaded with patients as one of the country’s largest Federal Programs second only to the Department of Defense.

Todd explains, "When raising funds, an individual or group want to see exactly the outcomes their donation will yield, they like bar graphs and pie charts, we needed to get some numbers around what I was seeing in my program.” Todd would co-author the study with Aspire, but the V.A.’s office would need to approve first. The first step of that long and nerve-wracking approval process is underway, as Todd has submitted an IRB (Internal Review Board) Application to the V.A., which, if approved, will green light a 9 week+ clinical study that will track body fat, weight, body mass index, as well as PTSD and anxiety symptomatology with participants of Todd's program. 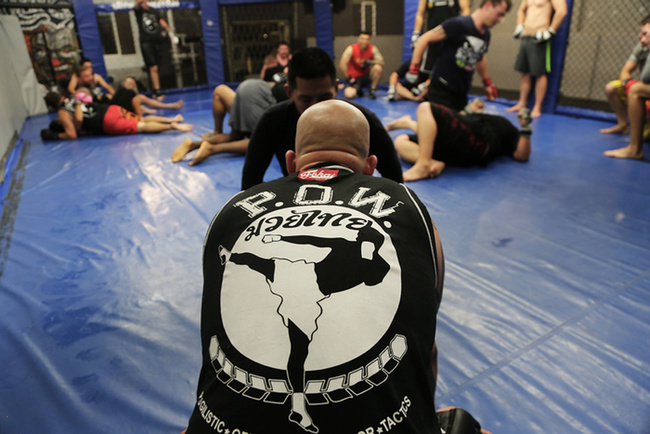 The V.A.'s approval of the IRB could make or break Todd’s plan from expanding P.O.W.. "I'm cautiously optimistic, you always have to keep a positive attitude," Todd explains. "I hope the V.A. can trust the credibility that I've already established, and that the right person reads my application, that it lands on the right desk.” If approved, it would be the first time that the V.A. has formally recognized the P.O.W. program, and one of the few times they look at the rehabilitating power of MMA for veterans.

As Todd hangs up and heads back towards San Diego to await the V.A.’s decision on his IRB application, 1,500 more troops will be heading back to Iraq. Todd hopes that through his hard work and the help of Aspire, he will have a healthy, non-pharmaceutical nationwide program to support Veterans’ re-assimilation when they return.

Check out our documentary on Todd Vance and his program: