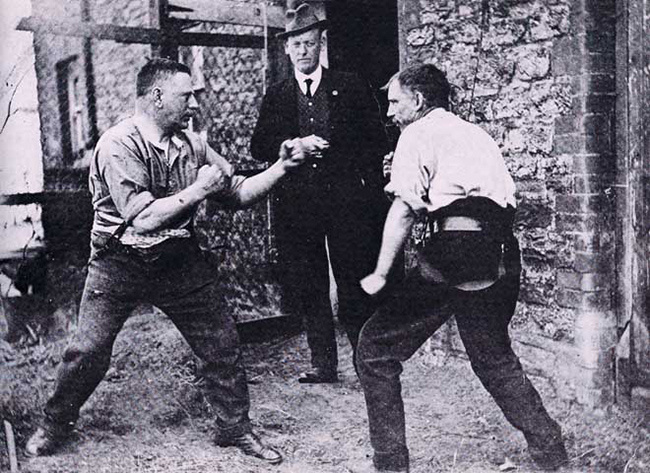 Read through Travis Fulton’s MMA record and his opponents are a mix of stars and nobodies—UFC champions Andre Arlovski, Rich Franklin, and Evan Tanner sitting there alongside guys named Mike Kofoot, Dan Wheatley, and Rory Prazak. Then there are the promotion names: UFC 21, Bar Room Brawl 25, Kickfest 1. Fighting more than 300 MMA fights—and more than 50 boxing matches—puts a lot of colorful words on your résumé.

At 36, Fulton is candid about his prospects. He won’t be back in the UFC. But he’s built an identity for himself over 17 years of fighting. That’s all the reason he needs to get into the cage and keep adding to an already voluminous record—the specifics of which, Fulton says, should be taken with a grain a salt.

Travis Fulton: I believe my MMA record at the moment is, like, 248-41-7… It sounds like a lie to tell that to someone. Nobody’s ever going to have more fights than me. With all the sanctioning and stuff, I could quit right now and I’ll bet you nobody comes within 200 of it.

The records online are all wrong—they’ll include your slap matches, and I mean, that’s not MMA. If I can’t punch you in the head, you take a lot of my weapons away from me. Then there are the Pancrase-style ones where you couldn't strike closed fist on the feet—I know I’ve got about 10 of those on my record. Then there are some fights on my record that never even happened.

When I get into a sport, I kinda get obsessed with it. When I watched the first UFCs, I was already kind of obsessed—I believed the Kumite from the movie Bloodsport was real, and it was my goal to fight in it someday.

My first fight, against Dave Strasser, was in a boxing ring. I got humbled, man—I was 18 years old and I really believed I was a fuckin’ badass that could beat anybody up. And I didn’t even know what the guard was. I didn't know anything. I just remember he didn’t look all that tough. When I took him down, he reversed and got my back, and I was a wrestler so I felt comfortable with it. He just punched me a lot in the back of the head—which was legal then—pulled my hair, and then eventually got a rear choke in. After that fight, I thought, “Wow, I’m not that awesome.”

When I started fighting, it was just so much fuckin’ fun. I didn’t care if I won, lost, got paid, or anything. I used to call promoters, find out when events were, and I’d just beg ‘em to let me fight. Most events were tournament format, so you were guaranteed at least one fight, and if you won, you got two or three. And it seemed like there were a lot more events and a lot less fighters, so it was real easy to get as many fights as I wanted.

Once, I fought on a Friday and Saturday night, both in my hometown, then drove through the night to Atlanta and fought on a Sunday night. When I do crazy shit like that, I win ‘em all.

I had a name in Iowa. The promoters would pay me three, four, five hundred bucks to headline a show. There was one every weekend, and it was the same thing every single time: They’d ask me to headline their show, and then a day or two before the event, whoever they had for me bailed, or they just couldn't find anyone for me. So they’d be like, “Can you find a guy?” So a lot of times I’d just grab somebody I knew or somebody I’d fought before that wasn’t too fearless to fight me. You can tell anybody I fought a bunch of times back in those days had a less-than-impressive record, but they were the guys that didn't care. They were guys who, if you threw them $50, they’d step in there against anybody.

I had seen a video for this eight-man tournament, and the winner of the tournament got $1000. It was in a gym, it was bareknuckle. I found out who promoted it, called him, and me and one of my buddies went down and competed. My buddy went bareknuckle, which he ended up regretting because he got part of the guy’s tooth in his hand and had to have surgery. I’ve never done bareknuckle—even when I fought in Brazil, I always wore gloves. I had Brad Kohler in the first round. Kohler was actually a tough guy in the beginning—now he’s like a much smaller version of what happened to Mark Kerr.

There was no time limit, Kohler was such a good wrestler, it was so slippery in there, and there were no stand-ups. It ended up going for 52 minutes, and finally I just tapped. I just got sick of it—it was boring and going nowhere. He ended up winning the rest of the tournament easy.

With Jeremy Bullock, the backstory is way better than the fight itself.

Jeremy Bullock was a ninth-degree black belt in tae kwon do—some local instructor in Utah. He had contacted Monte Cox about competing at Extreme Challenge 22. He only weighed like 170 and he was gonna fight some guy who weighed 190, who would’ve beat the piss out of him. They switched it around and put me against him. When they went back to talk to him about it, he was on a chair doing the Van Damme splits. They asked if he’d fight me and told him I was about 30 pounds bigger. He said, “My style lets me take on anyone of any size.”

Monte was like, “Don’t fuckin’ kill this guy.” And I think the only punch I threw was an open-hand slap. But there were 14,000 people there—the place was packed. And I thought, “Well, I’ll slam him and put him in an armbar. People think slams look cool.” And when I went to slam him, he held on to my head. I think he broke one of the vertebrae in his neck.

The fight game has changed so frickin’ much. You’ve got so many fighters right now, and the only big organization out there right now is the UFC, and they’ve got a monopoly on things. They’ve got their guys who are established fighters coming in. Anybody that’s making a name in the UFC tends to have started out on The Ultimate Fighter, or they started out with one or two pro fights and they were brought up through the UFC. It’s hard when that’s the only organization and all the others are flashes in the pan that kind of disappear. That’s combined with the fact that some commissions won’t even approve me. They aren’t gonna approve a guy with 300 fights to fight a guy with five.

I’m that guy right in the middle. I’m not a big enough name to be a headliner, and I’m too much of a risk to be flown in to be some local guy’s opponent.

I fought this bum up in South Dakota in 2010, and it was the quickest I’ve been beat—I think it was like a minute—against a guy I would’ve beaten 99 out of 100 times. That was one fight where I thought, “If I’m losing to this fuckin’ guy, I need to quit.”

I remember in the 1990s, when I knocked out Dennis Reed the first time we fought, it was like a huge upset. He was, like, the man back then. And now, fuck, my little sister could beat him up. Not even beat him up, but he’ll find a way to go out there and lose because he wants his $300 or $400. And I just never want to become that guy.

I drive a semi and I’m involved in a few different business ventures. I’m making more money now than I would if I was trying to be a fighter.

I was in the right place at the wrong time. I got in the UFC when they didn't pay shit. I was in the IFL or Pro Elite or one of those bigger organizations either at the tail end or right at the beginning. So I never got any of those huge payday fights. There are guys that saw the $50,000 or $100,000 payday. And me—fuck, I’ve never seen over $10,000.

I tell people that I’d rather be a has-been than a never-was. I’m 36 years old. I can still pass for 20-something—I can get a haircut and get rid of some of the grey. But now I’m getting to the age when people are starting to realize that I am old, and they’ve stopped asking, “When are you gonna fight in the UFC again? When are you gonna be back?”

The first questions I get from anyone that I haven’t seen in a while is, “Hey, are you still fighting?” Or if someone wants to make conversation with me, they’ll bring up something about fighting, assuming that that’s what I’d want to talk about. It’s like my identity. So I guess, really, the only reason I fight even once a year—and I’ll probably end up with two or three MMA fights later this year—is just kind of keeping my name out there. Showing people that I still exist. 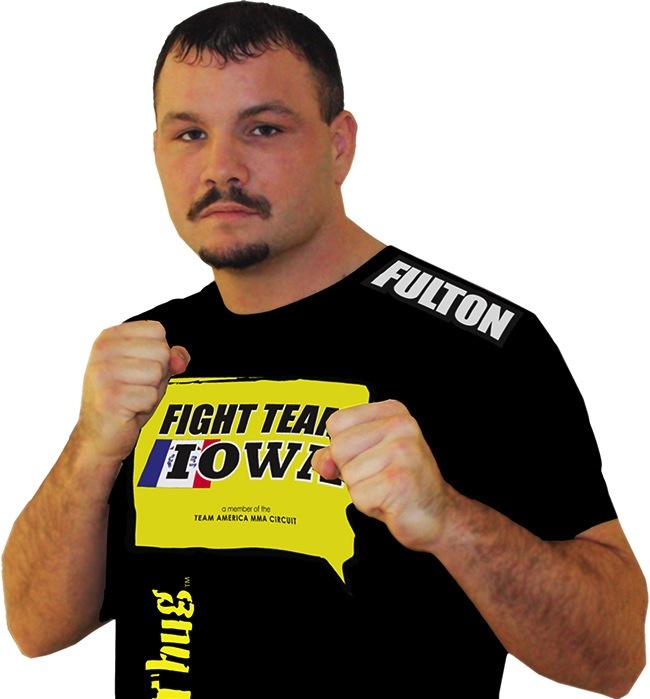