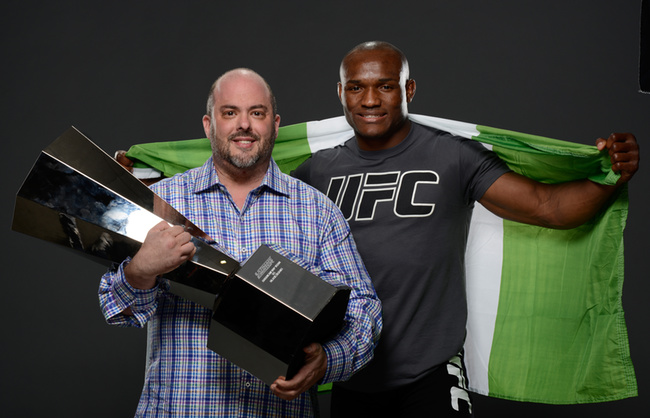 The twenty-first installment of The Ultimate Fighter was some hair of the dog for those of us still reeling from an epic exhibition of hand-to-hand combat on Saturday night. Fight fans could order a pizza, turn on Fox Sports 1 and spend Sunday evening watching two gyms battle it out.

This was the first TUF to feature a gym vs. gym format, and it worked out well. American Top Team and their renegade brethren, the Blackzilians, fought it out over several weeks, leading to last night’s finale.

It was a good card with some standout performances from otherwise unknown fighters. Some names were made, Michael Graves for example, who battled his way to a convincing unanimous decision over Blackzilians favorite, Vicente Luque. Former Invicta atomweight champ Michelle "The Karate Hottie" Waterson put on an MMA clinic, finishing Angela Magana via RNC midway through the third. Both fighter demonstrated they belong in the UFC and earned a solid chunk of money to boot. 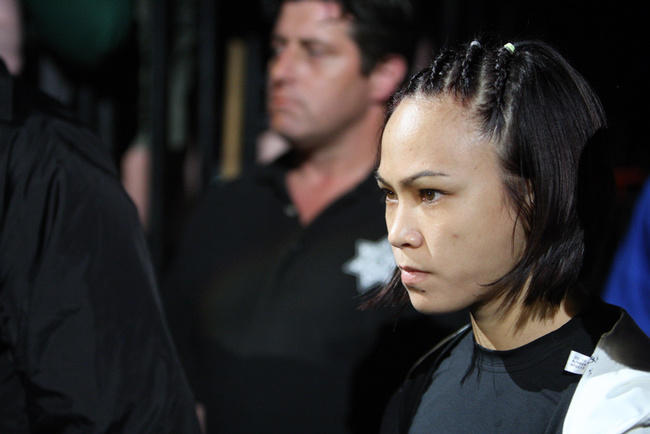 Josh Samman had a great, if short, night in his RNC victory over Caio Magalhaes. He dominated the BJJ black belt on the feet and on the ground, locking in the choke and a performance bonus while Caio was still standing. As the fight ended, Magalhaes spat blood at Samman, a clear expression of disgust at his own performance. He has since apologized, both in person and on twitter, so all is good.

Jorge Masvidal moved up to 170, where he looked comfortable in a KO win over Cezar Ferreira late in the first round that earned him an extra 50 grand. Masvidal has always been a solid force on the feet, down to brawl and trade shot for shot. It’s fitting that he called out Matt Brown after the fight. Yes, please.

The co-main was a solid victory for Blackzilian Kamaru Usman. He dominated the first round against Hayder Hassan, who came out swinging for the fences in the second. Hassan tagged Usman, but it led directly to a takedown and from there to a tight arm triangle for the win. 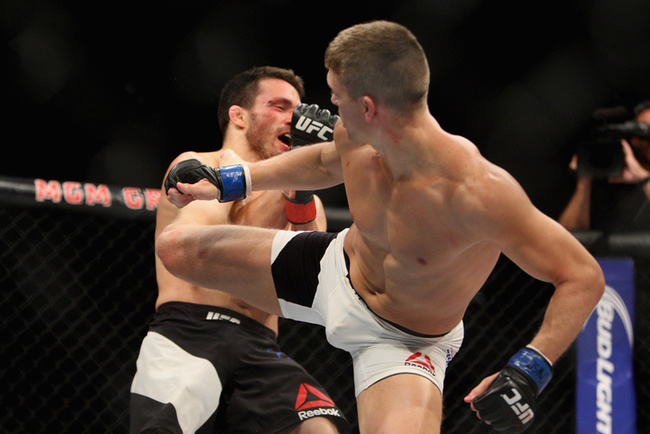 The main event was a heartbreaker for Ellenberger fans. Wonderboy Thompson showed what a karate master can do with two spinning heel kicks to the head. Ellenberger survived the first one, barely, but the second one put him down for good. Some hammerfists later and the main event was over, Thompson victorious.

A few new fighters made the cut—Waterson, Graves and Usman among them—and two vets, Thompson and Masvidal, showed they still got the stuff. Now stay tuned for more fireworks as Conor and Uriah face off in TUF 22: Europe vs. the USA.

Strawweight Heat Up: Michelle Waterson Signs to the UFC

Michelle Waterson Has a Debut Date and Opponent

Ellenberger vs. Thompson: The Can't-Miss Fight Nobody Is Talking About