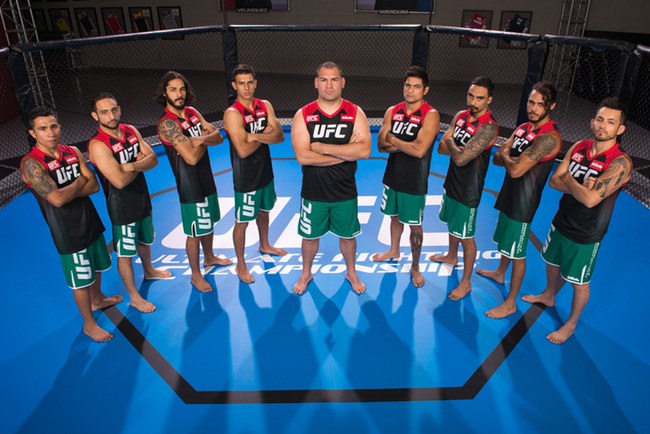 The UFC has a keen interest in spreading its product to Mexico. With the rise of Mexican-American talent such as UFC heavyweight champion Cain Velasquez, combined with the country’s already insatiable appetite for combat sports, Mexico has become a key market for prospective talent.

Those who traditionally might have chosen boxing are now looking at mixed martial arts as a possible career choice. The talent pool is deepening and Mexico is starting to produce some of the finest prospects in North America.

To capitalize on this, the UFC will host its first Ultimate Fighter: Latin America, featuring bantamweights and featherweights from Mexico and across Latin America facing off for a UFC contract.

Here’s a look at the talent that will make up Team Mexico. 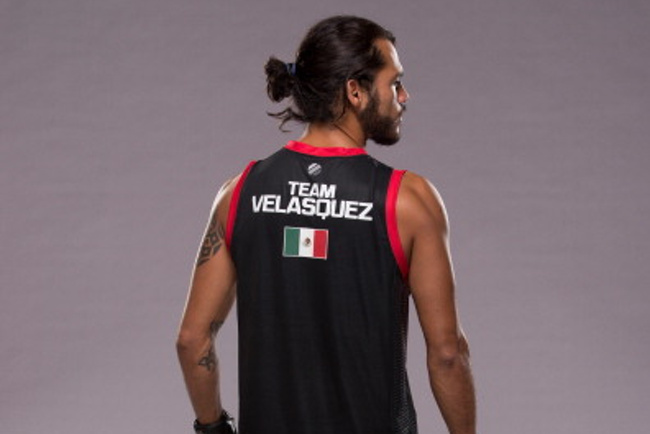 A grappler by trade, Marco Antonio Beltran is a well-rounded submission artist who is dangerous both on top and off of his back. His lanky limbs, pressuring style and balance make him dangerous when the fight hits the mat.

From the limited footage available online, he’s shown an unrelenting pressure from bell to bell, and a grinder style that wears opponents down. He has the flexibility and speed to hit submissions from any position.

If he has a weakness, it will be in the striking game. His striking is reckless and too often gets him in trouble. A good striker with wrestling fundamentals could give him issue. 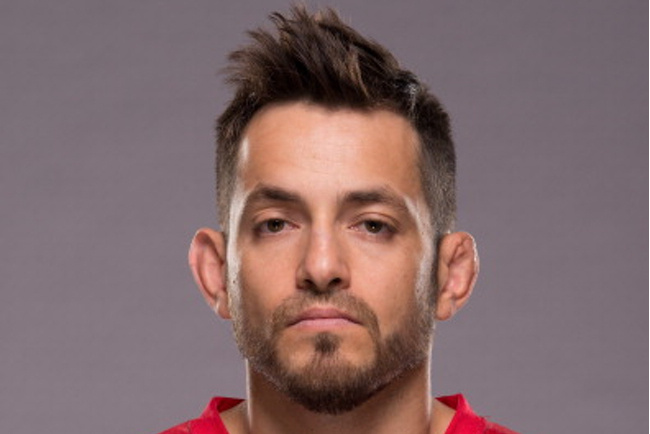 Predominantly a knockout artist, Enrique Briones has shown incredible power in his hands for a bantamweight fighter, finishing seven of 13 opponents by knockout in the first round.

Perhaps what makes Briones so dangerous is his finishing ability and patience, knowing when to pounce and when to breathe. It’s a skill most fighters don’t pick up until later in their careers.

He is predominantly a boxer and looks to have fairly mediocre footwork. He’s not particularly fast and an athletic fighter should be able to exploit his weaknesses. 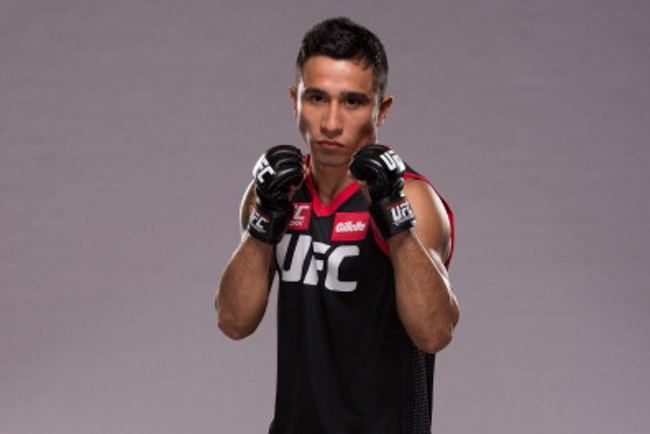 The most experienced member of the cast with 28 fights, Alejandro Dominguez also may be the largest. With unbelievable thickness for a bantamweight, Dominguez brings one-punch power that is rare for someone his size.

Maybe most impressively, Dominguez has shown an unbelievable ability to survive bad positions. Whether he’s being controlled on the floor or picked apart on the feet, he is able to adjust to put the fight where he wants it.

With his power comes a speed disadvantage that some opponents have been able to exploit. His flat-footed style allows him to load up on punches, but also leaves him susceptible to takedowns and leg kicks. 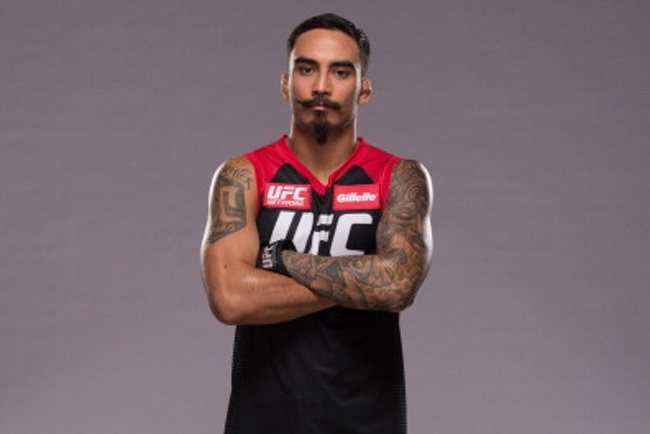 Quinonez brings with him good cage control and a strong right hand that is capable of finishing opponents. A compact puncher who can throw from odd angles, his straight ahead pressure can wilt opponents easily.

For as good as Quinonez is on the feet, he has vulnerabilities on the ground that could quickly present themselves on The Ultimate Fighter. He is clearly uncomfortable even from top control, and can be reversed and submitted even against mediocre grapplers. . 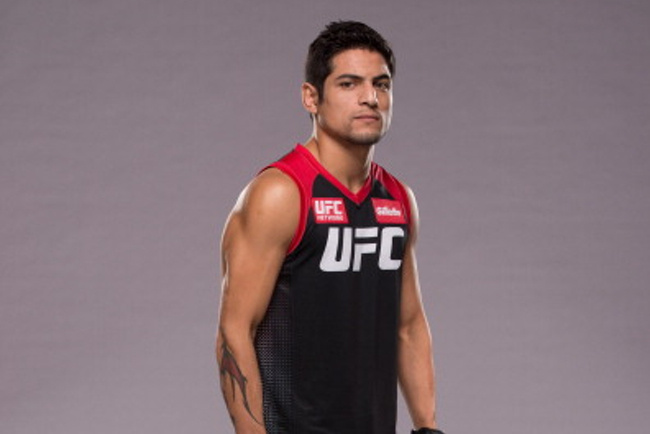 The most highly touted prospect on the show, the pressure will be on Gabriel Benitez to deliver on The Ultimate Fighter. A lanky featherweight, Benitez uses his size well to either strike from distance or bully opponents against the cage.

For a natural striker, Benitez has shown great takedown defense and strong work in the clinch. Because of his length, Benitez can use flying strikes with relative ease. He’s a cross between the risk-taking of Pablo Garze and the slap-style boxing of Nick Diaz.

If Benitez has a flaw, it may be in his chin. He doesn’t react well to getting hit and some of the stronger featherweights could test him throughout the show. 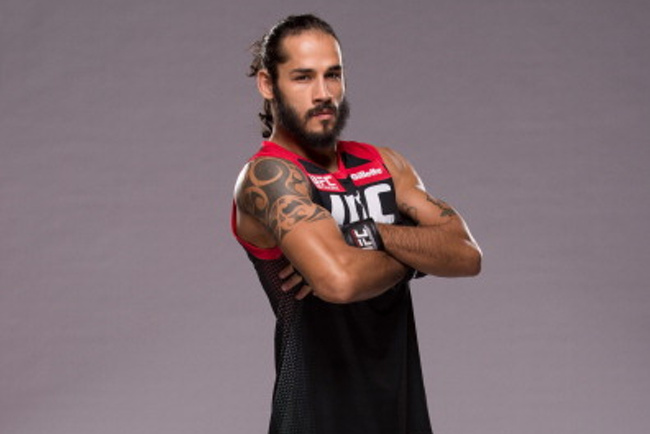 If this season wants a wild man, Masio Fullen might just fill that role.

A reckless striker, Fullen can hurt people with his flurries and power. His punches are looping and when they land, they finish. His toughness will make him a fan favorite without question.

His major flaw is the lack of takedown defense necessary for a fighter of his style. As Fullen is in the process of stuffing a takedown, he’ll often switch it into a guard pull which he then doesn’t know how to escape. If he can find an opponent willing to swing with him, he can often find the knockout. If they take him down, things often don’t go as well. 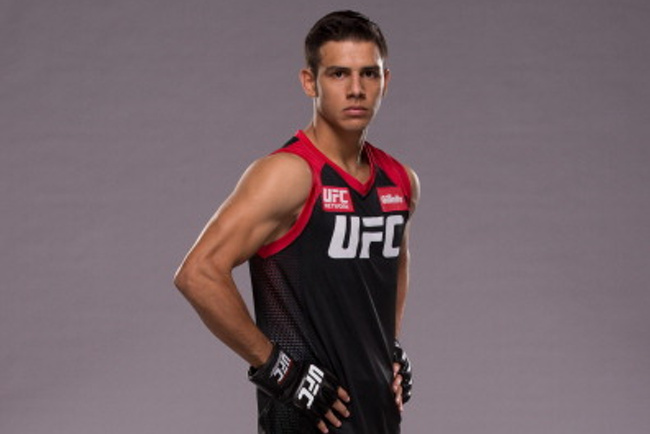 There’s a little bit of irony in Yair Rodriguez competing on a team coached by Cain Velasquez. Although distinctly less experienced than many of the other fighters on the show with just a 2-1 record, it’s not a position completely different than Cain Velasquez was in when he entered the UFC at just 4-0.

A lanky, scrawny grappler with strong hips and good cage awareness, Rodriguez can keep up a solid pace for the full length of a fight and is dangerous from many different positions on the mat.

His striking could use a lot of work and his wrestling is almost non-existent, but his grappling prowess makes him a threat against all opponents. 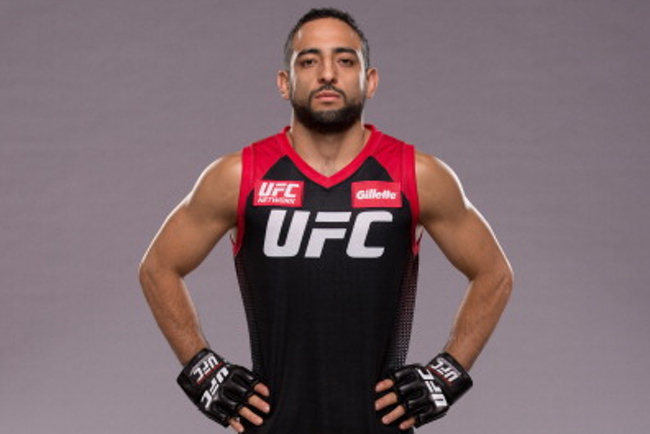 If there’s a style of fighter you want to be in a show like this, it’s a grinder. That’s where Rodolfo Rubio comes in.

His takedowns may not be aesthetically pleasing, but his relentless pursuit will be more than enough to sweep many opponents off their feet. He slithers from position to position without being in a rush and can punish opponents into submission from top control.

If he gets stuck in a striking exchange, that’s where he could face issues. His striking is used as a clear decoy to get the fight to the mat where he is more comfortable. A quality striker will notice this straight away and could take advantage.

Fightland Arrives in Mexico, and so Does the UFC