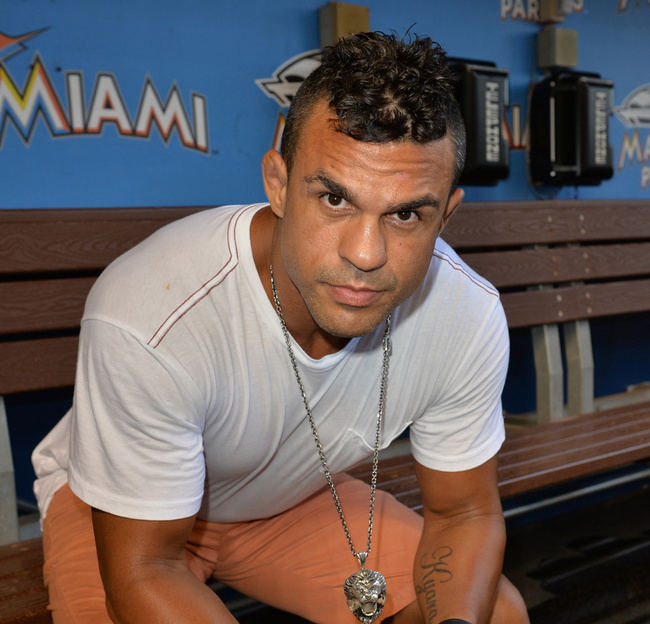 The Nevada State Athletic Commission made a promise to the world that they were going to randomly test Brazilian mixed martial arts phenomenon Vitor Belfort for performance enhancing drugs repeatedly before he stepped into the Octagon to challenge Chris Weidman’s secure grip on his UFC Middleweight Champion of the World title on February 28th, at the Staples Center in Los Angeles, California.

They’ve kept their word. NSAC executive director Bob Bennett said on Wednesday that Vitor Belfort—who has been a staple of the sport since 1997—has already been submitted to three separate random tests since he stood before the commission in July of last year, and he’s passed every one.

Bennett reassured everyone, of course, that the commission will continue to randomly test the fighter until he fights Weidman. He also commended not only Vitor’s cooperation, but also that of his wife and manager, Joana Prado.

Last July, Vitor was granted a license to fight by the Nevada State Athletic Commission under three conditions:

1. That he didn’t fight before December 2014.
2. That his next fight was in the state of Nevada.
3. That he cooperated in and paid for a series of random blood and urine tests whenever the organization saw fit.

Number two got thrown out the window when Weidman got hurt and the fight, which was originally set for UFC 181 on December 6th, was postponed to the February 28th date in Los Angeles. Which means that the fight will now be overseen by the California State Athletic Commission, in partnership with its Nevada counterpart. According Andy Foster of the CSAC, the organization intends on testing Vitor three to five times before allowing he steps into the Octagon, and that it will take the lead on this entire operation once the Nevada State Athletic Commission deems that it has satisfactorily done its job.

So far, then, that’s three tests from NSAC. Maybe they’ll test him again. Four times, plus the three to five from the CSAC—adding up to a possible grand total of nine random drug tests for Vitor Belfort before he fights Chris Weidman. I wonder if they’ll test him for party drugs like they did Jon.

Belfort vs. Weidman in the Enlightened City of Los Angeles