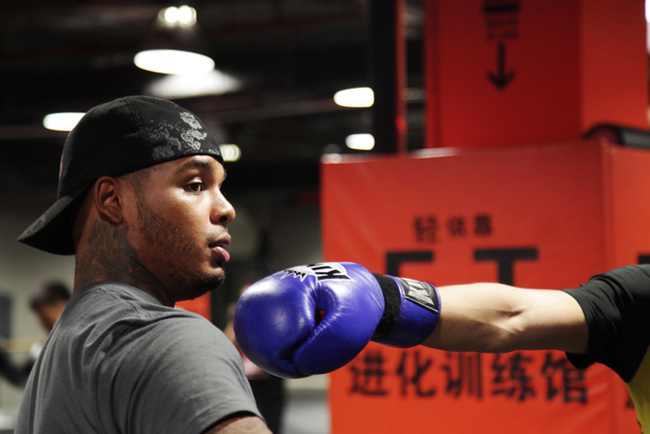 Tyrone Spong, a member of the Blackzillians and champion Muay Thai fighter, was in China this past weekend putting on a seminar at the ETMMA gym in Beijing. The seminar was sponsored by Jaco Clothing, one of many companies in the fight business looking to enter the China market, and featured lessons on the role of kickboxing techniques in MMA.

Spong taught primarily striking techniques to a mixed bag of beginners, gawkers and professional fighters. He looked pretty spry for a man who underwent surgery just a few short months ago. He broke his leg at Glory 15 in April, in the same gruesome way that Anderson Silva did, and was up and walking 40 days later. The majority of the pros are out of China Top Team, and included a few of China’s UFC fighters, including Li “Leech” Jingliang, who is coming off of a victory over David Michaud at UFC 174, and Wang Sai. 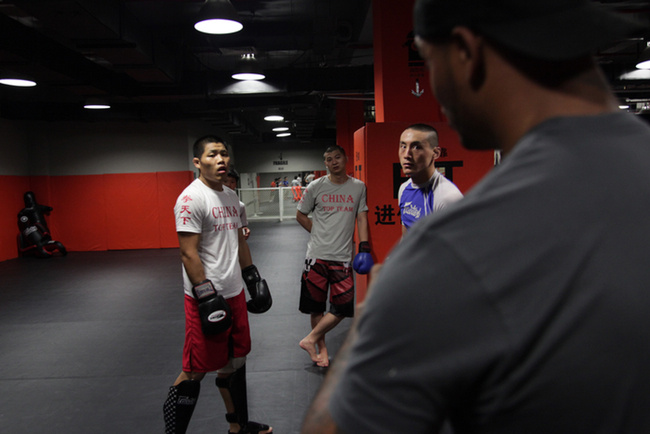 The Leech soaking in The King's wisdom

Spong was impressed with the Leech, who took over some of the training as a translator and facilitator, because Spong although walking without a limp, wasn’t taxing his leg too much. The King of the Ring also had some praise for a little known 20 year old MMA fighter out of the Big King gym in Beijing, Yang Jianbing.

“Leech and Jiangbing definitely have something,” Spong said. “Good natural snap and movement in their kicks.”

He then invited Jianbing to train with the Blackzillians, which didn’t quite sink in.

Seminars like this one are too few and too far between in China, a place with a lot of raw talent but not nearly enough solid gyms and good coaching to take advantage of the numbers. Rumors of a deal brokered in Macao between a visiting Dana White and representatives of China’s Kun Lun Fights promotion may change that however: according to Kun Lun Fights, the UFC has agreed to start sending coaches to China on a regular basis, in a systematic attempt to elevate MMA in China.

For now, here are some shots of Tyrone “King of the Ring” Spong teaching the art of striking in Beijing. 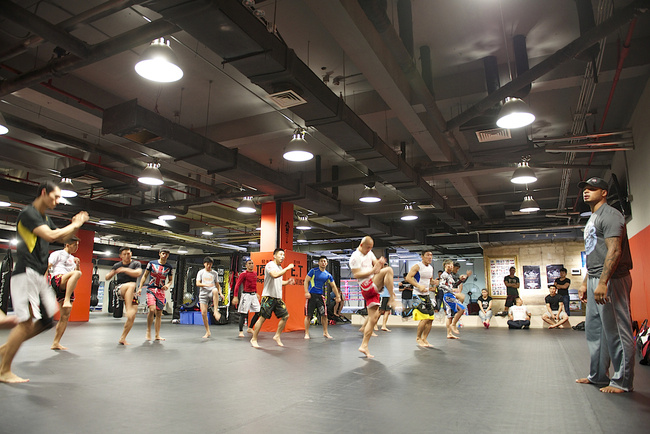 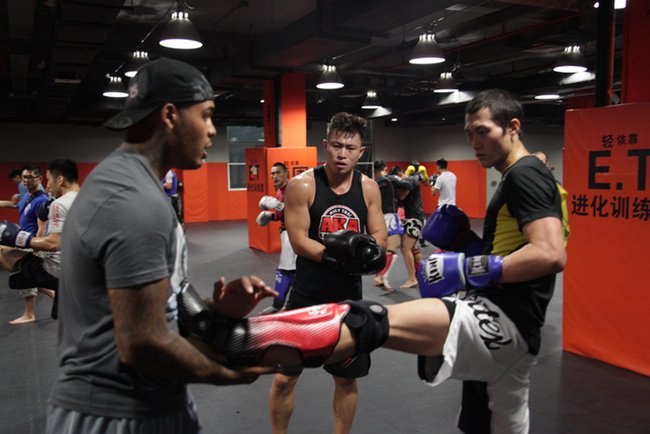 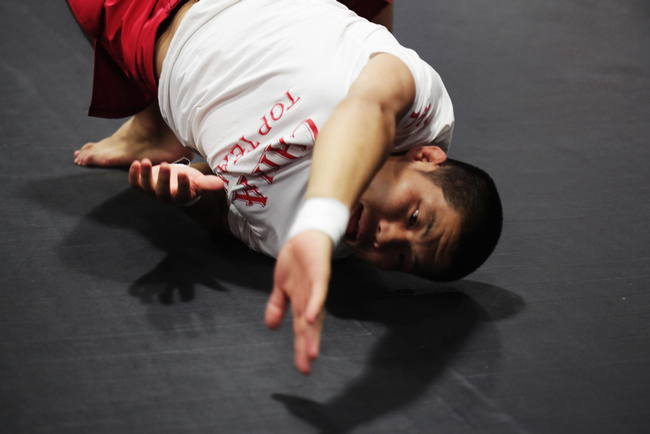 The Leech getting warmed up 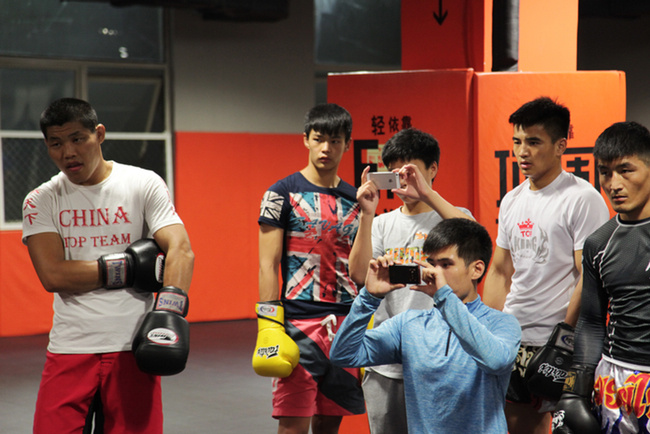 The Leech and some fans look on 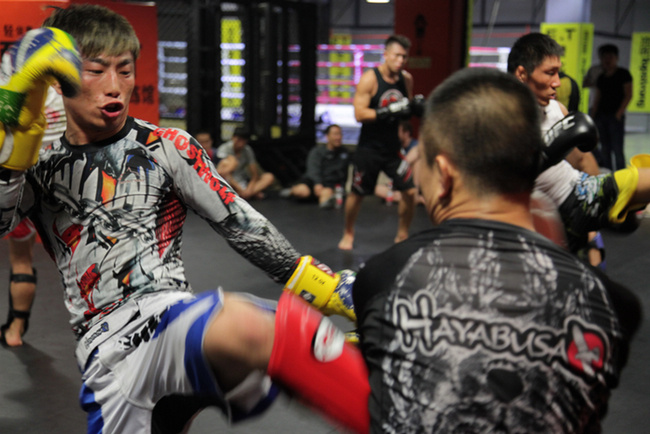 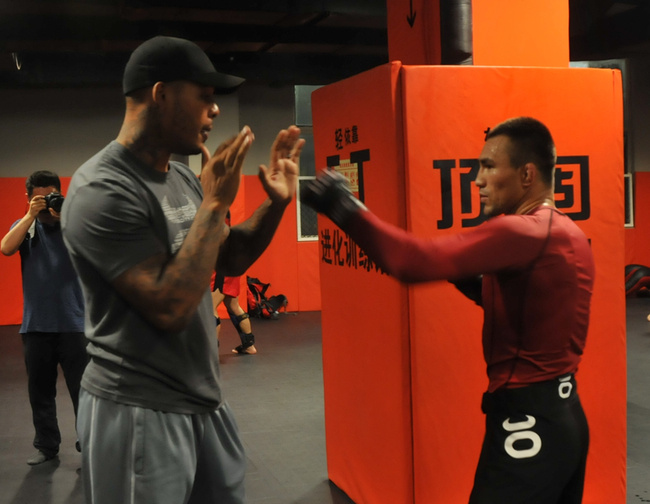 Spong showing a combination to a Chinese hopeful