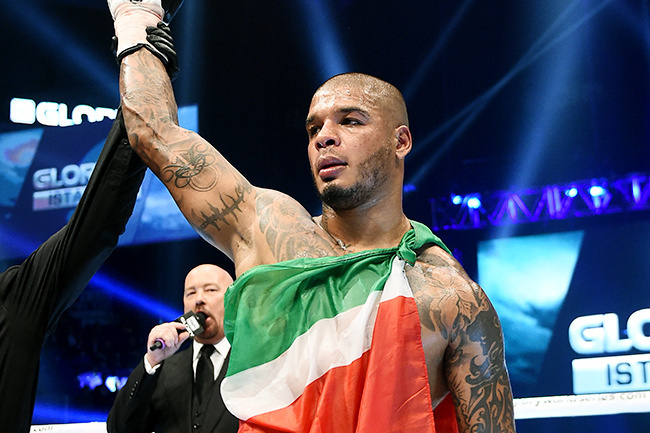 On Saturday night, about the same time that I saw Tyrone Spong get his hand raised after three close rounds against Saulo Cavalari and punch his ticket to a rematch with Gokhan Saki, I started wondering why the audience at the ostensibly live Glory 15: Istanbul didn’t have heavier eyes, given the time zones that separated prime time in the U.S. and whatever time it was in Turkey. Then I pulled out my phone and started tapping and swiping away. It turns out I had watched the fight on tape delay and that the card had already ended, at an hour more amenable to the audience that had been in attendance.

That revelation arrived from deduction, after I caught a headline that said Tyrone Spong broke his shin against Saki early in the finals of the night’s four-man light heavyweight tournament. It happened in almost exactly the same grim way that Anderson Silva damaged himself against Chris Weidman, a Spong leg kick checked on Saki’s knee turning his leg to a rubber pencil. I watched the gif on my phone, and I turned off my TV. I didn’t need to see that again.

The injury comes at a terrible time for Spong, a light heavyweight with a mile-long win column on his kickboxing record and the victor of a different one-night tournament at last year’s Glory 9: New York. Beyond that, Spong has two wins out of as many attempts during his MMA forays in World Series of Fighting (he was due back in the promotion this summer until Saturday night elapsed), endorsements from training partners like Rashad Evans that show he’s a prospect worth the attention of MMA fans, and a brutal style of striking cultivated in Holland that’s both rare in MMA and immensely pleasing to watch. A moment before I pulled out my phone, Glory’s announcing team mentioned Spong’s designs on a pro boxing debut later in the year. But with one leg kick, the 28-year-old Spong’s best laid plans for world domination in 2014 were furled up and stashed away to make room for recovery, which sounds it’s off to an auspicious start.

You could convincingly argue that Spong is a tourist when he leaves the world of kickboxing—in fighting Travis Bartlett and Angel DeAnda in WSOF, it’s not like he’s vanquishing world-beaters, and it’s not like he’d be facing anyone more than a beatable opponent if and when he starts boxing. But the caliber of opponents isn’t the point—the point is that Spong’s hunger is so vast that one sport can’t hold it, and what’s not to like about watching ambitions come to fruition, especially when it means watching an exciting fighter go to work more often? And there’s something captivating about the mere existence of fighters who tempt fate—the Jeremy Horns and the Travis Fultons who have north of 100 fights that, in less-regulated times and places, might have allowed them to fight in multiple events in a single weekend. Fighting sports are significant because there’s more at stake than points on a board, and there’s some vicarious satisfaction in watching ordinary men do something over and over that few would consider doing once.

There’s also hubris that comes with a fighter talking about what he’s going to do after smashing the guy across the way. That’s why some fighters don’t get ahead of themselves, spouting out that old saw “I’m only focused on the opponent in front of me.” With the benefit of hindsight, premature aspirations—like Brandon Vera gunning for titles in two divisions when he never came close to getting just one—look ridiculous.

At the same time, proclaiming those ambitions is a way to deal with uncertainty. Mapping out a future in fighting assumes success in the present, which means refusing to believe in anything other than victory. Everyone knows bad things can happen in MMA fights, but when you’ve got the rest of your year already planned, those bad things become abstracts. Losses, injuries, setbacks—they are things that happen to other people, ideally because of something you did.

But now, for Tyrone Spong, these aren’t the problems of others, and the future can’t be inscribed until the present has had its moment. If only that lesson could have been delivered more gently. Here’s to a quick recovery. 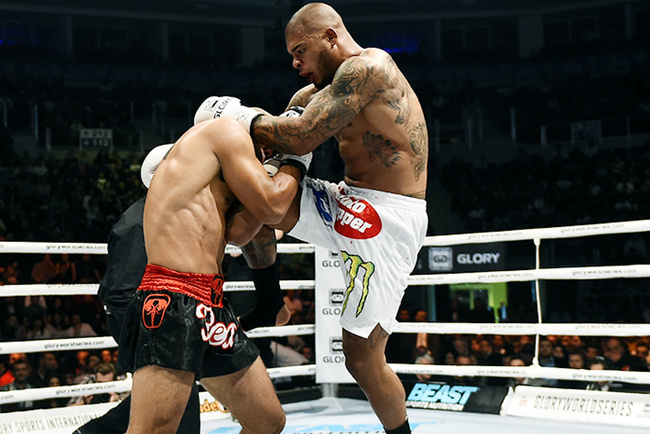 The Evolution of Tyrone Spong