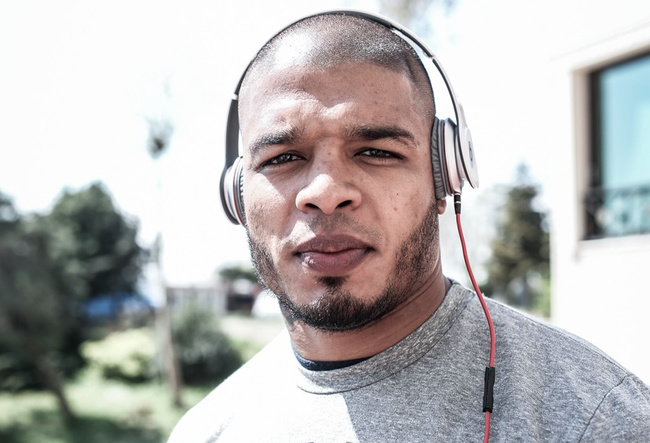 One of the world’s most decorated combat athletes, Tyrone Spong, will see his way back into a mixed martial arts battle soon, although not (yet, hopefully) under the Ultimate Fighting Championship banner.

The Surinamese-Dutch boxer, famous for his dazzling performances in the Glory kickboxing circuit, recently spoke on why he has no plans of returning to the sport that propelled him to very summit of martial arts excellence. On his last kickboxing outing, Glory 15 in Istanbul, Turkey, “The King of the Ring” suffered a terrible shin injury versus local fighter Gökhan Saki that ended in a TKO loss in the first round of the bout.

Tyrone Spong explained that he’s a “prizefighter. I fight for money.” In his eyes, Glory just couldn’t pay him what he felt he was worth. He expressed his appreciation for the promotion:

The 29-year-old kickboxer, who’s won 74 of his 83 fights, made a return to professional contests in March of this year as a pure boxer. He made his professional debut in Germany, defeating Hungarian boxer Gabor Farkas in a first round knockout. Two weeks later, he knocked German boxer Emre Altintas out, also in the first round.

Now, Tyrone Spong makes his way back to MMA. In 2012, he made his pro-MMA debut under the World Series of Fighting banner, defeating Travis Bartlett with a first round punch knockout. He followed that with his second and last MMA fight versus Angel DeAnda, whom he defeated in a unanimous decision at WSOF 4.

Returning to the WSOF promotion, Spong has not yet been given an opponent, but he is slated to fight at WSOF 22, August 1st, in Las Vegas, Nevada. The promotion’s EVP Ali Abdel-Aziz confirmed the news on Tuesday. The fight features a main-event title fight between welterweights Rousimar Palhares and Jake Shields. Jake Shields challenges the Brazilian’s strap.