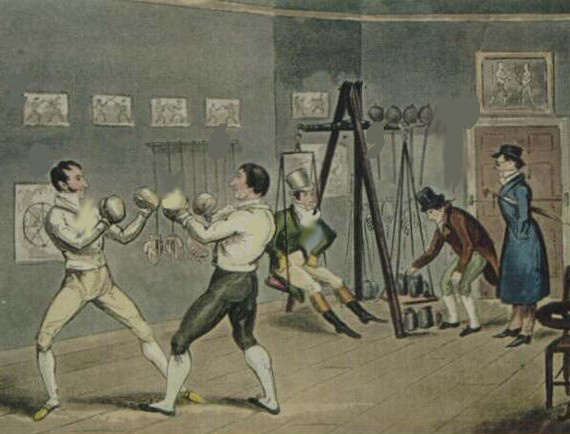 Yesterday, a delegation of officials and athletes from the UFC (including fighters Travis Browne, Liz Carmouche, and Uriah Hall), along with New York State Senator Joseph D. Griffo and Assembly Majority Leader Joseph D. Morelle (both Democrats), met with other legislators and fans of mixed martial arts to declare 2014 the year that the state of New York will finally end its ban on professional MMA. New York is the last state holding on to its professional MMA ban. Even U.S. Senator John McCain, MMA's most vocal opponent for years, has come around to the idea that MMA is now a sport “with amazing popularity and success.” Many people ask why New York State would continue to ban such a widely accepted and practiced sport. The answer may be found in history.

For years, the UFC’s parent company, ZUFFA, has been fighting a war of attrition against the Culinary Workers Union Las Vegas Local 226, which takes issue with labor practices at UFC owners Lorenzo and Frank Fertitta's Station Casinos in Las Vegas and has used its influence in the New York State Assembly to keep MMA, and the UFC, out of the state. As part of its strategy to influence public and legislative opinion, the Culinary Union has often made claims that the conduct of UFC fighters and the sport of MMA in general promote violence against women and children. Last year, opponents of legalization, including the Culinary Union and the National Organization for Women, claimed MMA could incite violence against women and children in the home. At the time Fightland interviewed me as a feminist scholar on the subject, and I explained how that line of thinking was flawed but nothing new. Moral arguments have long been used to delegitimize fighting sports in this country and as cover for political turf wars the average fan barely knows anything about. 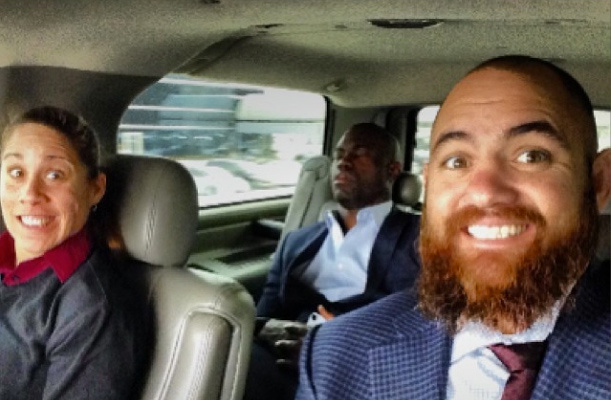 America in general and the state of New York in particular have always had an ambivalent relationship with fighting sports. In the late 18th century, combat sports were decried by the two primary ideological systems that America had been founded on: Puritanism and the Enlightenment. The Puritans believed that fighting debased men. Not only was it violent, but prizefights were often accompanied by alcohol and gambling, two acts antithetical to Puritan morality. The men of the Enlightenment agreed with the Puritans when it came to discouraging violence for violence’s sake, but American Enlightenment thinkers went a step further, linking pugilism to the hated English. They felt that all ties to the motherland, including boxing, should be cut. Thomas Jefferson wrote that an English education corrupted young American men by introducing them to “drinking, horse racing, and boxing,” which in turn would lead to a fondness for “European luxury and dissipation.” Enlightened men should not participate in these brutal acts, Jefferson argued, nor should intellectual men take pleasure in watching boxing matches. And without the assistance of the "enlightened" aristocracy, who backed famous boxers in England, American pugilists ended up fighting middle class morality more often than each other.

Despite the efforts of the Puritans and the Enlightenment thinkers, however, boxing and wrestling matches still took place in America. Boxing was made illegal in 1859, legalized in 1896, then banned again four short years later, though it continued as an underground sport in New York, with “self-defense bouts” legal in private gymnasiums. In the 1890s, boxing schools for men and women proliferated in New York, becoming sites for gentlemen to practice the sweet science and for chic ladies to learn an exciting new way to exercise. But these new boxing fanatics were more interested in learning the art of boxing than in supporting professional athletes, and without the support of those with money and political standing, professional boxing remained a fringe, illegal activity. Even in the early 20th century, after most states had lifted the ban on boxing, men were still being arrested and jailed for fighting in professional matches in New York. And even after New York finally legalized professional boxing in the 1920s, joining the rest of the country, it still kept women out. Although women fought frequently from the 1930s through the 1960s, female fighters were unable to receive the licenses they needed to box professionally in New York.

By the 1970s, nearly every state in the nation licensed professional female boxers, but the New York State Boxing Commission continued to refuse women the right to fight. Commission Chair Edwin Dooley said that licensing female boxers would “erode the sport’s image as the ‘manly art of the self defense,’” and the rest of the commission admitted that they did not want boxing, the last domain of men, to be infiltrated by women. However, they continued to claim that their primary concern was really female safety, using arguments about female anatomy long proven incorrect by doctors. It was not until a 1978 lawsuit citing an infringement on female civil rights that the commission finally licensed women, though it did so reluctantly and angrily. This strategy of using concern and moral rectitude as a front for a different, deeper cause is similar to the one being employed today by the Culinary Union.

It seems like the state of New York has often been the last state in the nation to accept innovations in professional fighting sports, but one thing has remained clear over the centuries of regulating fighting sports in this country: The pugilists will always be victorious in the end. We hope.