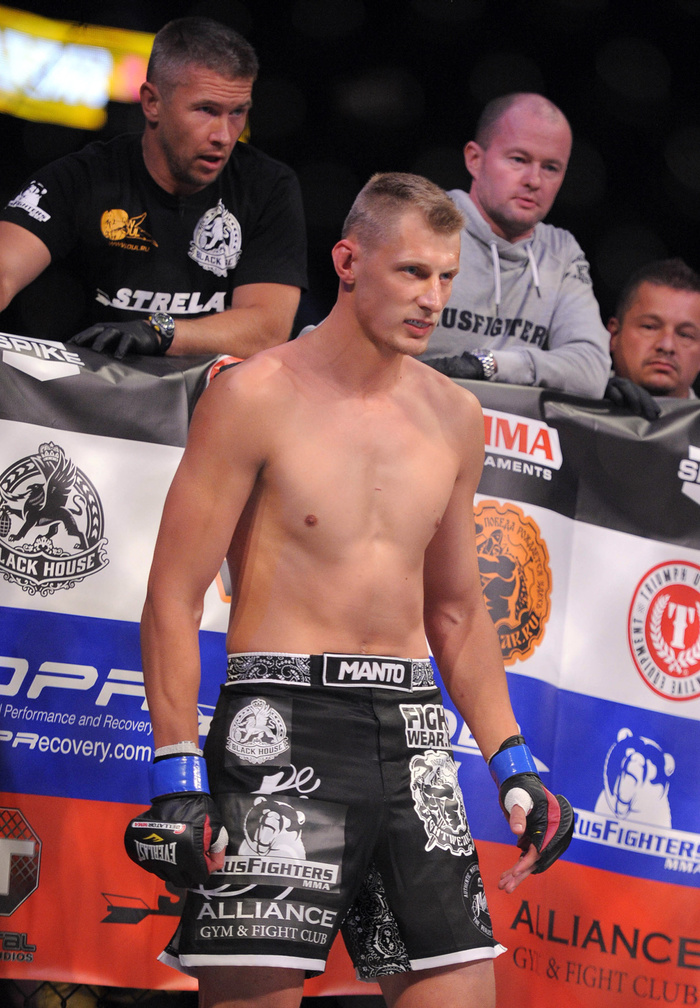 Fight fans love the heavyweight division for its unpredictability. When two massive men step onto the canvas and start winging fists at one another, the likelihood of a blink-and-miss-it spectacle is incredibly high. The unfortunate thing about the heavyweight division, however, is that it is, and always has been fairly short on talent. There just aren’t that many heavyweight-sized men out there, and there are even fewer heavyweight-sized men who are athletic enough to cut it as fighters.

Given the longstanding lack of bodies at heavyweight, it’s always nice when the UFC picks up a legitimately talented big man. This week, that’s just what they did, locking up the services of talented Russian Alexander “Drago” Volkov (26-6-0). The Russian will make his debut against dangerous American Timothy Johnson, who recently spoiled the UFC debut of another top Slavic heavyweight in Marcin Tybura. The two are scheduled for a showdown at UFC Fight Night 99, on November 19 in Belfast, Ireland.

Volkov has long stood out as one of the very best heavyweights outside the UFC, alongside other non-UFC big men like Vitaly Minakov, Cheick Kongo, Sergei Kharitonov, Blagoy Ivanov, and of course, Fedor Emelianenko.

One of the more interesting facets of Volkov’s game is his height and reach. The Russian heavyweight is a towering 6’7”, which puts him in a second-place tie with Travis Browne as the second tallest fighter in the UFC heavyweight division, behind the 7-foot-tall Stefan Struve. Volkov also boasts an incredibly long wingspan of 81”—an undeniable asset in striking battles with 265-lb men. Needless to say, he will carry some massive physical advantages into the Octagon with him.

It’s also worth noting that Volkov is still quite young—especially in the context of the UFC heavyweight division. Derrick Lewis (31) and Junior Dos Santos (32), are the only current top-10 UFC heavyweights under 34-years-old. Volkov, meanwhile, is considerably younger than both of these men at just 27. Where the majority of the UFC’s best heavyweights are running short on good years, the new UFC signee would seem to have a long career ahead of him, and plenty of time with which to improve.

Volkov stands out as one of the strongest additions to the UFC heavyweight division in recent memory. While the Russian’s success on the sport’s biggest stage is far from a foregone conclusion—he could well slip up against Johnson in November—he is an undeniably talented fighter with the skills and physical tools to make some real waves in the UFC. Considering the shallow nature of the organization’s heavyweight division, and the age of many of that division’s top stars, Volkov’s joining the roster is a real cause for celebration.