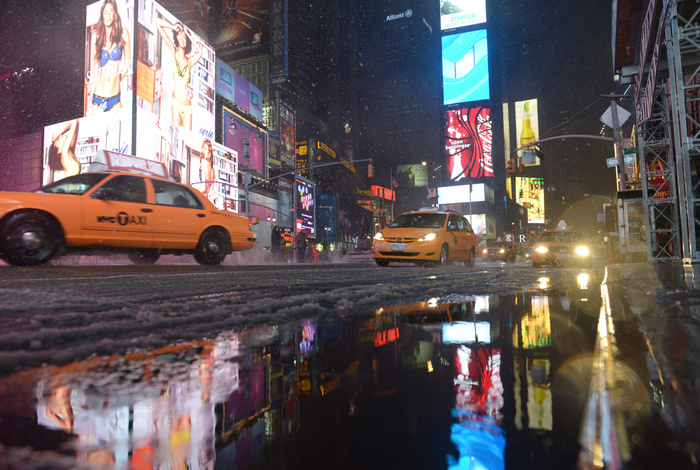 You’ll be forgiven not for noticing amid all the hue and cry of the Iowa presidential primary caucuses, but here in New York a far smaller, quieter political vote was being cast yesterday that could potentially signal the beginning of the end for New York’s longtime ban on mixed martial arts. That’s the optimistic view. Or, as it has in year’s past, yesterday’s vote could signal nothing at all: yet another predictable, and predictably futile, first step in a long road that will ultimately lead nowhere.

Yesterday the Republican-controlled New York State Senate voted 48-14 in favor of a bill sponsored by Rome Republican Joseph Griffo that would legalize mixed martial arts in New York, the only state in the union where MMA is still illegal. This is good news. And it would be great news if it weren’t such fucking old news. The Senate has passed a pro-MMA bill for the last seven years running, and in each of those years they then watched helplessly as their bill died upon reaching the Democratic-controlled State Assembly. So only a fool or a masochist would look at yesterday’s Senate vote and declare victory. Existentially speaking, the Senate’s vote just means the ground is under our feet, where it should be, and the sky is up above us. That’s it.

But as we’ve been reporting, this year is definitely shaping up to be different than all other years. Again, we’re not getting our hopes too high up, but with the arrest and conviction of longtime MMA foe, and former all-powerful State Assembly leader, Sheldon Silver, and the rise of his pro-MMA successor Carl Heastie, things were already starting to look up. Then came the news two weeks ago that New York Governor Andrew Cuomo had thrown his support behind pro-MMA legislation in his his 2016 proposed budget, which means a vote for the state budget would be as good as a vote for MMA, without all the fussing and hand-wringing. Add in the fact that there are currently 71 Democratic sponsors of a pro-MMA bill essentially identical to Griffo’s just waiting to be brought to a vote in the Democratic Assembly conference and the stars seemed aligned at last to bring MMA to New York.

Still, don’t believe for a second that there won’t be a fight. The anti-MMA forces, aware that for the first time the political will might be there to pass a pro-MMA bill, are already mounting their counter-attacks. A bill introduced last month by Assemblywoman Ellen Jaffee, D-Suffern, would put a two-year moratorium on MMA events in the state while the commissioner of the department of health conducts a “comprehensive study to determine the dangers of mixed martial arts.” Which means this: Even if Griffo’s pro-MMA bill finally passes through the Assembly, Jaffee’s bill would preclude any MMA fights from happening in the state for two more years so that doctors and scientists can run around confirming what we already know: that fighting in a cage is probably not the healthiest thing a human being can do.

Defeat can yet be snatched from the jaws of victory.

Still, like supporters of Ted Cruz and Bernie Sanders, let’s put our future worries aside for a time and bask in today’s victory. MMA is one step closer to becoming legal in New York. Again. For the seventh time.