Visions of Tristar: The Gang's All Here 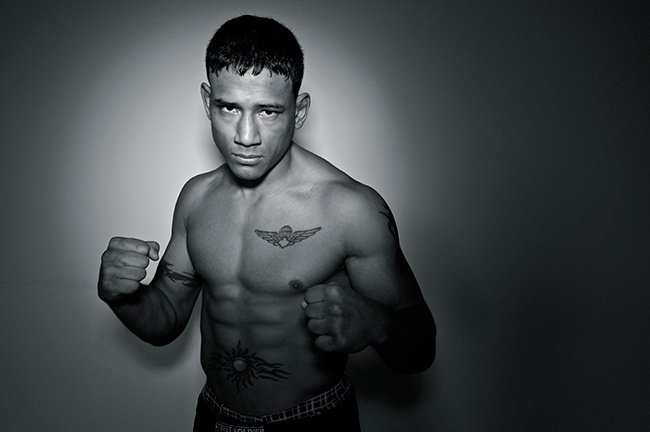 I've spent the last year immersing myself in the lifestyle at the world-renowned Tristar Gym in Montreal. When I was asked to move into the dorms last summer, I didn't know what to expect. The only way I can describe my new home to everyone is to show them.

I have gathered a large collection of images taken during my stay here. Each photo tells the story of my journey as a welcome member of Canada's top MMA gym. 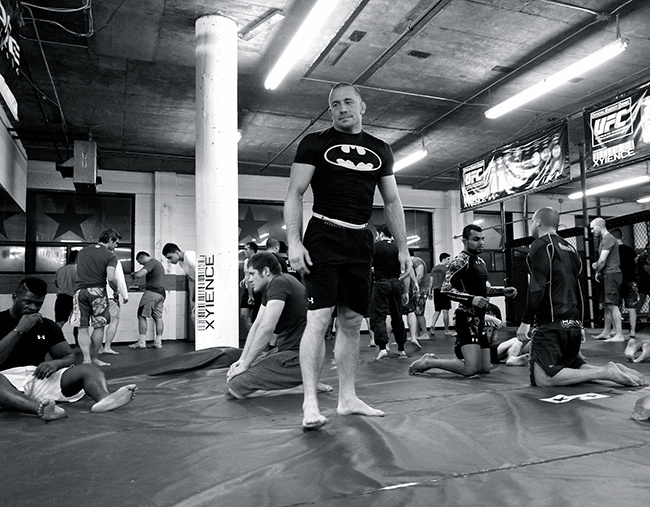 Georges St-Pierre teaching a grappling class one week after his fight with Johny Hendricks. Here he troubleshoots the guillotine he attempted at the end of round one of that fight. 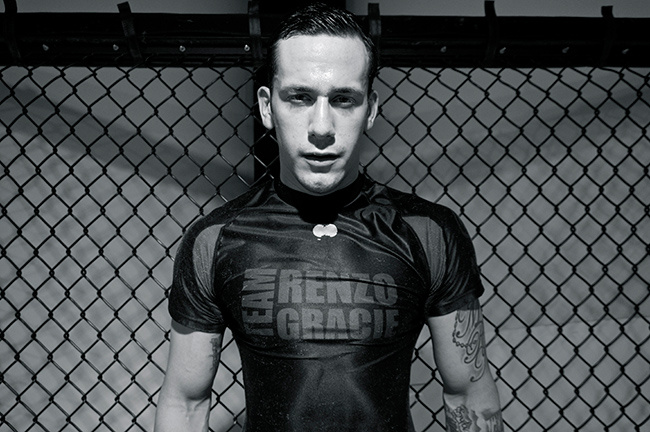 Mike Ricci during a 60-day athletic challenge. They call Mike “The Martian” or “Alien Boy,” and after taking this picture I finally realized why. 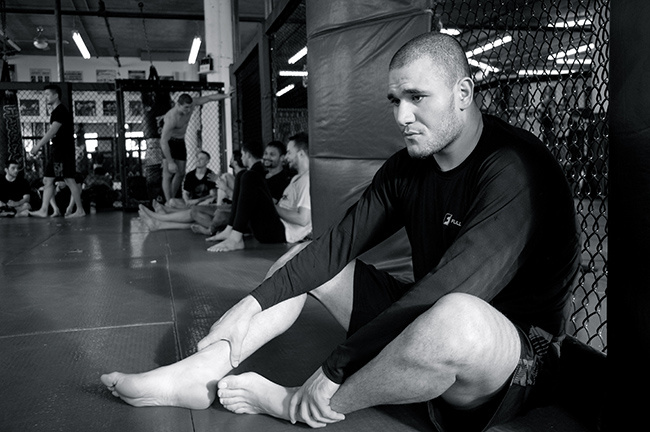 Abdel Medjedoub watches as Georges St-Pierre teaches Francis Carmont grappling positions. Since announcing his break from the UFC in December, Georges has stayed involved with the gym and can be found coaching teammates on a regular basis. 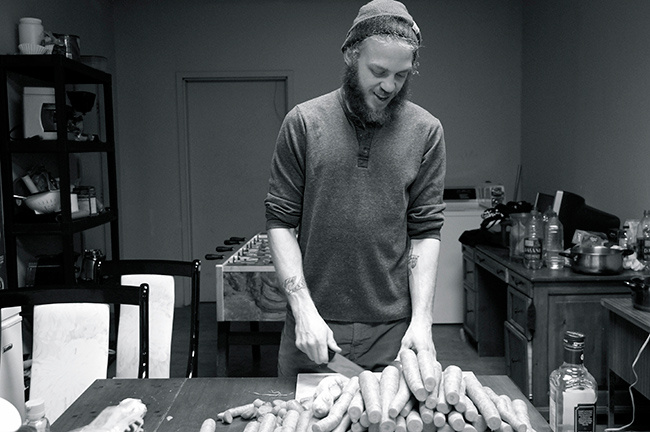 Jonathan Brookins cutting carrots to make fresh juice at the dorms. I lent my juicer to Jonathan for a month and he made juices everyday for the team. Since the former featherweight is attempting to make the 125-pound limit for the flyweight division, juice has become one of the staples of his diet. 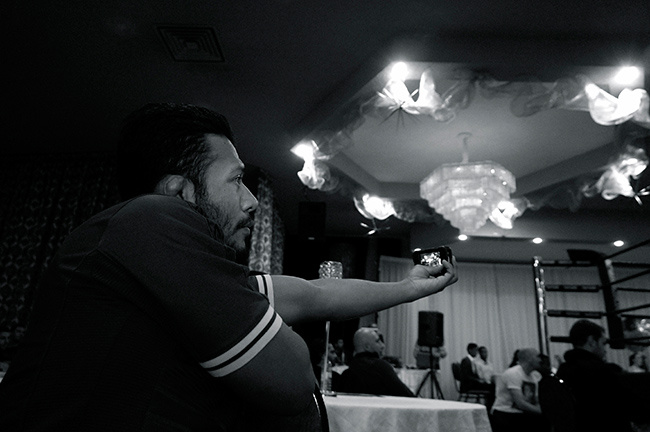 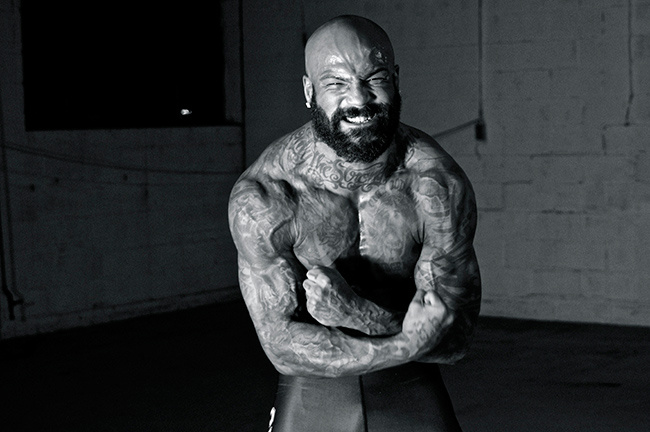 Ryan Ford flexing for the camera on the set of his video shoot for the series “Built From The Ground Up.” Ryan loves the camera. 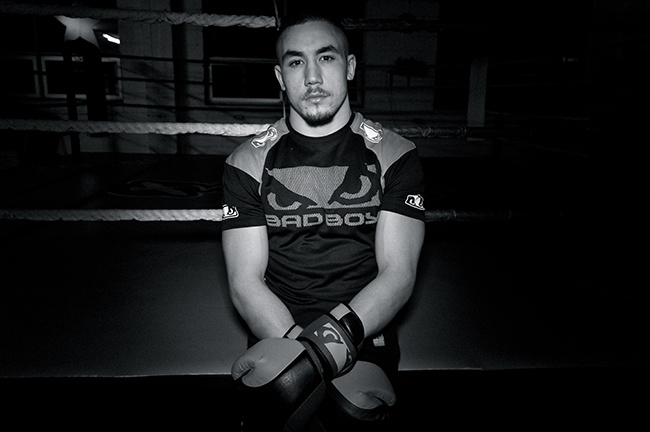 Robert Whittaker sitting ringside while I take photographs for Bad Boy fight gear. During the shoot I could sense that he was anxious to get back to his “Minecraft” game session. When Robert isn’t training, he’s usually playing video games or reading fantasy novels. 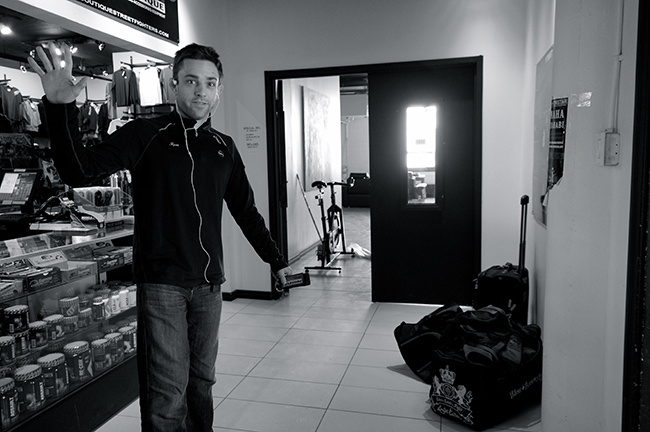 Ryan Hall leaving Tristar to return home during the final week before his fourth professional fight. When Ryan isn't competing in MMA, he'll participate in local martial arts tournaments. During his last camp he fought in a wrestling tournament and during this camp he had his first amateur boxing match. He’s so dedicated to his striking that sometimes late at night I can hear his sneakers squeaking on the floor in the room next to mine as he shadow boxes. 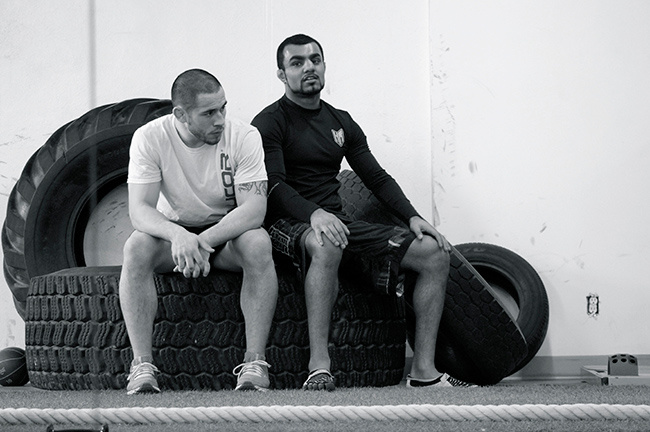 Mario Pereira and Gary Mangat rest on some tires during a high-intensity workout. 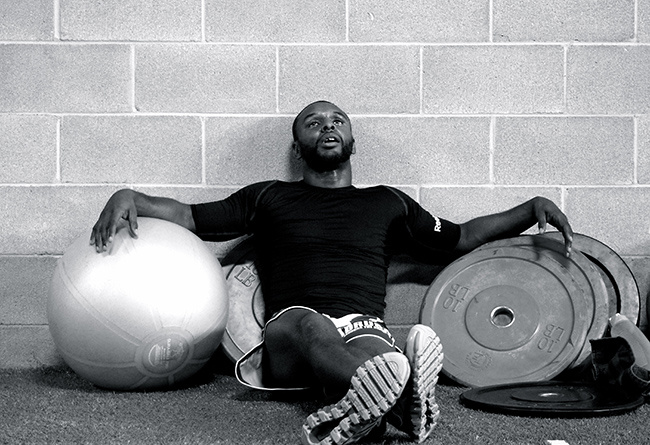 UFC veteran Yves Jabouin fatigued after a strength and conditioning session. The way his arms are resting on the weights and his eyes are glazed over reminded me of the crucifixion of Jesus Christ.

Check out these earlier visions of Tristar:

Watching Yourself on The Ultimate Fighter