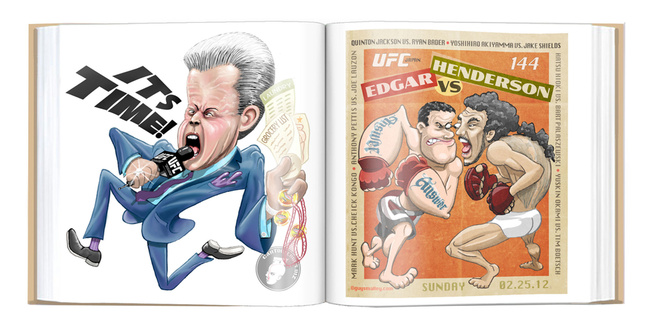 Yeah, so I like picture books. Cat in The Hat, The Three Pigs, Everyone Poops… and as of last week, add Visual Kiai, by Guy Smalley, to that list. I first learned of Guy’s work a few years ago, when he tweeted an illustration of me based on one of the old UFC Vlogs. 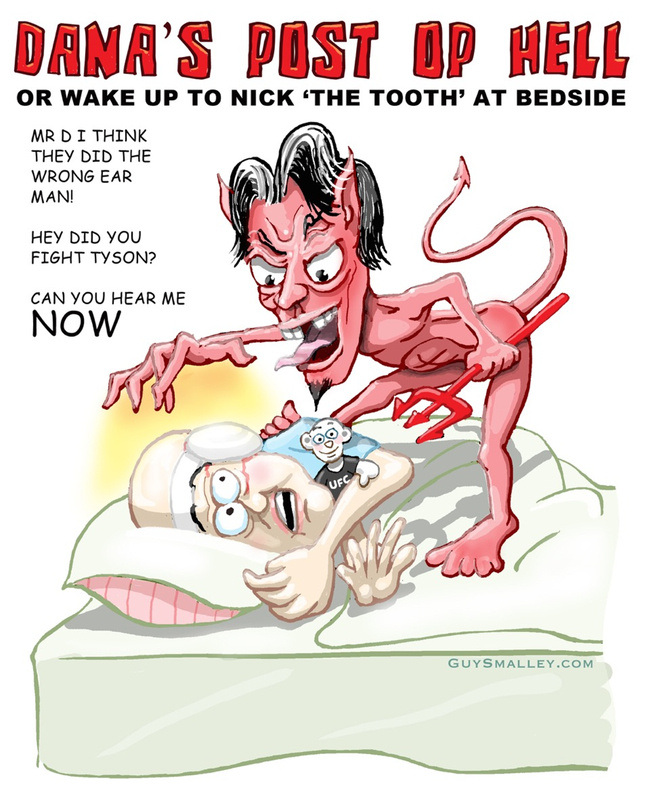 Since then I’ve followed Guy on Twitter, so I could spec the new MMA pieces he’d post every few weeks. This dude is the most hardcore fan, I used to think, how he just cranks out these mini-tributes to these icons of the sport, without a penny for his efforts.

Until he just-now-this-week dropped a limited run of 200 copies of the book. Order a copy before they’re gone, and you’ll receive 136 pages of MMA illustrations, bound and further nestled inside a dust-cover box.

Illustrating professionally for 43 years, Guy’s first serious cartoons were for William F. Buckley, Jr’s National Review Magazine. That gig paid his way through art school. But what got him started drawing was a steady childhood diet of Looney Tunes cartoons and MAD Magazine. “I would draw such harsh caricatures of teachers that I ended up in detention a lot. One day the high school art teacher pulled detention duty, and he gave me a drawing pad and pencils, and a list of teachers to draw by the end of class. That was on a Friday. Come Monday kids were coming up and telling me the teacher had matted all the art and hung it along the entrance to the school!” 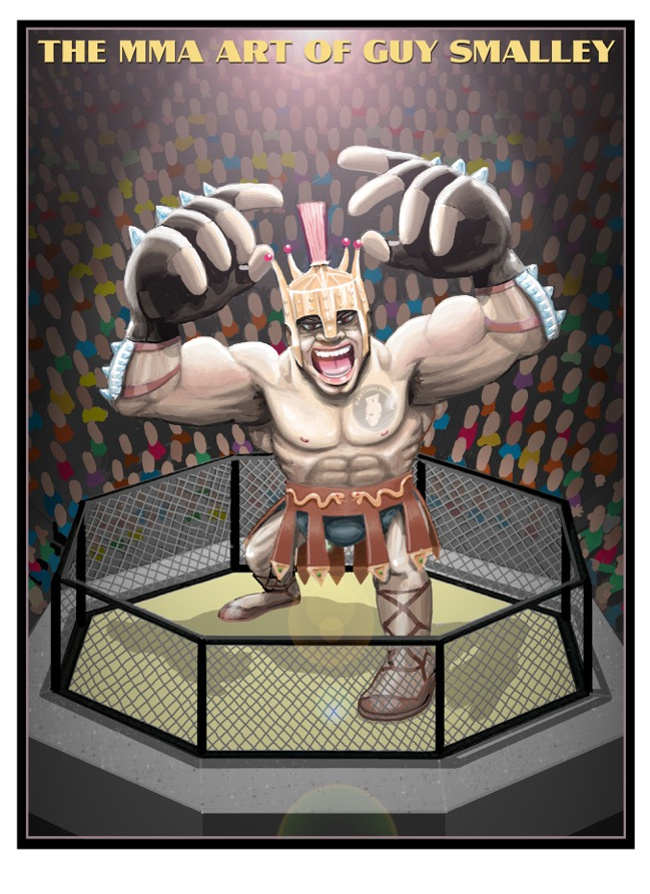 Guy wrestled in high school, and when he later moved to New York City he studied Kyokushin full-contact Karate under Kaicho T. Nakamura. He fought in the 70s, and loved the melding of styles which he could see happening in the dojo.

Over the years he created numerous martial arts logos, and wrestling drawings, but most of his time was spent cranking out advertising art. But four years ago he decided to rearrange his priorities and start drawing what he wanted to draw. So he launched a blog of lighthearted MMA drawings.

The fighters who most-inspire Guy are a varied bunch. “Andy Hug, Enson Inoue, Evan Tanner, Dan Severson, Matt Hughes,” Guy said. “Renzo Gracie is a friend and a terrific person who was generous enough to pen the forward to the book.” 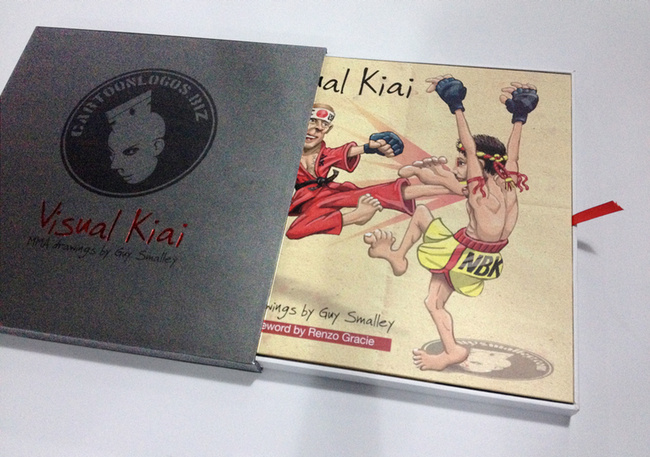 In closing, Guy was just as quick to list his top-five MMA fights: Matt Hughes vs Frank Trigg, Chris Weidman vs Anderson Sliva I & II, Rich Franklin’s KO of Chuck Liddell, and any of Ronda Rousey’s fights.

Check out more from the book, and order a copy here.