Vitor's Sound Reasoning for Staying out of UFC 184 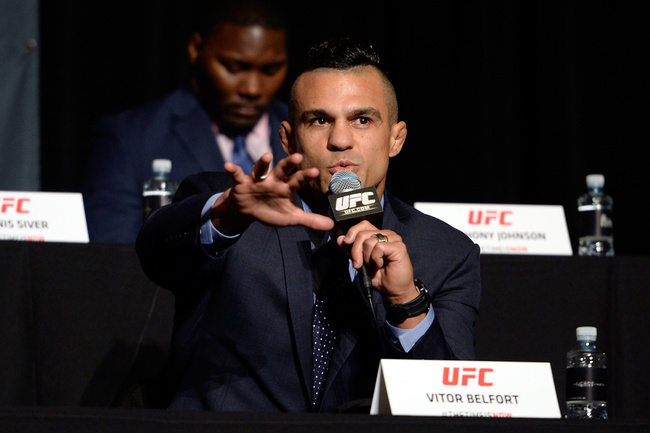 When the Ultimate Fighting Championship made the announcement that current UFC Middleweight Champion of the World Chris Weidman had been injured yet again, the world frowned. This is the third time this contest has been postponed.

In an interview with the press after Anderson Silva’s successful—albeit lukewarm—return versus Nick Diaz, UFC President Dana White explained that he offered Vitor Belfort the opportunity to face his compatriot Lyoto “The Dragon” Machida for an interim middleweight title, in an effort to rescue the UFC 184 main event.

Vitor Belfort, however, refused the offer. As it stands, the main event will now be Ronda Rousey’s fifth defense of her bantamweight title belt.

Brazilian news sources have said that Vitor refused to fight Lyoto because he’d spent months preparing to fight a right-handed opponent, and Lyoto leads with his left. Criticism quickly arose in the internet, with some even going as far as saying Vitor was a pussy for not taking the interim title fight.

According to Dana White, this is jus typical Vitor behavior, and that the 37-year-old Brazilian star called White over and over again, pining for an interim title fight. So he called up the Dragon and he agreed, but when he called Vitor back, he said he would rather wait for Weidman to get better instead. 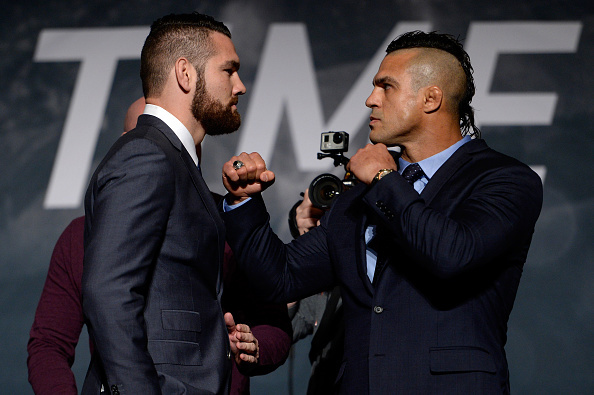 Two days later, Vitor reached out through his social media to express how he feels in relation to the third time that Chris Weidman has had to pull out due to injury. On Facebook, Vitor posted the following words:

About the cancellation of my fight at UFC 184.

I would like to say that, as everyone else, I am very disappointed with this whole situation.

For exactly one year, I’ve seen my dream of making UFC history with my third world title in a different category postponed.

Let’s go to the facts:

-The UFC had to reschedule the middleweight title fight three times because my opponent’s been injured. (From May ’14 to July ‘14, Weidman had surgery on his knee; from December ’14 to February ’15, Weidman broke his hand; and from February ’15 to possibly May ’15, Weidman hurt his ribs)

-MY FOCUS HAS ALWAYS BEEN THE MIDDLEWEIGHT TITLE BELT AND I CHASED THE LEADER TO GET MY POSITION.

-I’ve been in this sport for 19 years and I’ve never left the UFC hanging.

-I accepted the fight for the Light Heavyweight title soon after the disappearance of my sister and I was nevertheless world champion.

-I offered to fight at UFC 152 versus Jon Jones with less than eight weeks of preparation. I had the same injury that my opponent currently has and even then I fought.

As far as reasons go, these seem pretty good. An "in the meantime" fight with anyone else could end up in an injury to Vitor and then there would go this very elusive fight up in flames, yet again. And what's going on with Weidman's camp? How's he getting injured so much that he's got to pull out right before again? Is this suspect at all?

Vitor then went on to thank the UFC’s support, the media’s support, and as always, the fans. He repeated that his focus continues to zero in on the Middleweight Champion of the World title.