Voltaire and Vale Tudo: MMA's Roots in the Enlightenment 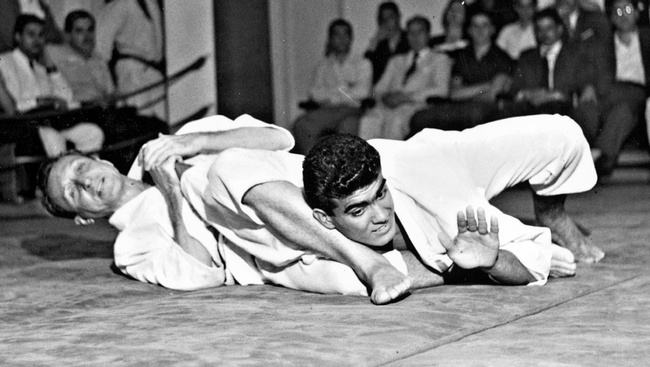 MMA is a grandchild of the Enlightenment. From the mid 1600’s to the late 1700’s, Europe began to awaken from the long slumber of mental subservience to Church and State. During this time, rational giants like Locke, Voltaire, Montesquieu, Bacon and Newton opened the eyes of the West, through new ways of acquiring knowledge.  Locke, Voltaire and Montesquieu were also major influences on the Founding Fathers thus their writings helped ignite the American Revolution. Today their ideas are taken for granted by most of us as common sense. But how is MMA a grandchild of the Enlightenment?

When one looks back at martial arts, before the advent of MMA, it’s amazing what passed as practical training for a real fight. Even today, some swear that chi can be used in self-defense. In the US, many martial artists trained without a healthy dose of skepticism.  There are legions of pre-UFC martial artists who can attest to the cult like, prophetic status, some teachers held in the eyes of their students.  Some might say it still exists today. Anyone who trained in the 80’s or early 90’s probably had acquaintances who told them martial arts were useless in real fighting but, instead of taking such criticism seriously, they decided to perfect that musical kata. No one wants to spend $60 a month, grinding that horse stance for hours a week, throwing knife hands as they shout random Japanese or Korean phrases, only to admit they are being ripped off.  In this climate, charlatanry flourished and, despite MMA’s best efforts, still does in some circles. Granted, not all American or European martial artists learned this way; but enough did to justify the stereotype.

This pre-UFC naiveté arguably stems from the myth of the mystical magical Orient. Countless American movies require the white protagonist to visit China Town in order to learn some ancient technique, acquire an enchanted scroll, buy a mythological pet or travel to the underworld.  Stories of steel wielding Asian Jedi made common knowledge the myth that martial arts training was sufficient to get hands registered as a deadly weapon.  In reality, our high school wrestling coaches knew more about real fighting than the shaolin monks. This situation in America paralleled that of early modern Europe, before the Enlightenment, where kings were thought to rule by divine investiture and the Bible’s ancient geocentrism was thought to describe the cosmos as they really are. 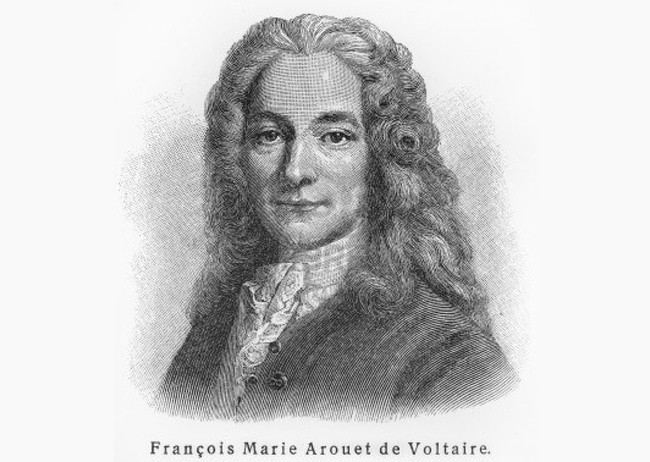 It was Voltaire who said “Doubt is not a pleasant condition but certainty is absurd.”  Voltaire believed that nothing could be known with absolute certainty. He based this on the observation that every “fact” of history and science has and will undergo some level of revision. To Voltaire, that which we know to be true is, at best, a collection of working theories. For Voltaire, this means that we should continually dig deeper in our search for an approximation of the objective truth.  This agnosticism is not a mere confession to lacking knowledge; it is a determination to prove all things before they are accepted, and then, to test them even further, to look for a better explanation. In this way, the Gracies and that first generation of vale tudo fighters were like the scientists and philosophers of the Enlightenment.

Imported to the US by Rorion Gracie, the Gracie Challenge was a total inversion of American attitudes toward martial arts. Rather than being “too lethal for the ring” or “only as a last resort”, the real genius of Gracie jiu-jitsu is in its being tested in real fights. Granted, Helio and Rolls did much, in their combined technical brilliance, to teach and perfect the art. However, they would have failed had the Gracies refused to fight for real.

Rather than having an implicit trust, rooted in orientalism, the Gracie Challenge functioned on a basis of incredulity. In saying that they’d fight anyone to prove that Gracie jiu-jitsu is effective, the Gracies were implying that no martial art technique or style should be accepted on theory or mystique alone. Rather, all techniques should be tested in actual fights, without rules or time limits. The same is true for the original UFCs, which were meant to determine which of all the martial arts was the most effective, and by extension what works in a real fight.  The spirit of the original UFC’s was the spirit of the Enlightenment, to prove all things by scientific inquiry and not by blind faith to dogmas, political or religious.

Obviously, the UFC is a business and MMA has arguably entered the mainstream.  It’s fun and exciting; you don’t need a background in martial arts to like or understand it. That being said, for those interested in the martial arts, MMA is still the proving ground for what is realistic and what isn’t, even if there are infinitely more variables in a street fight.  Voltaire would remind us that we really don’t “know” anything about fighting. Just as fighters in the 2000’s knew more than those of the 90’s and the fighters of today know more than earlier generations, future fans and fighters will know more than we do.  It’s how martial arts will continue to develop; and the octagon is an irreplaceable part of that process.

Kierkegaard's Philosophy and Fighting: The Dizziness of Decision