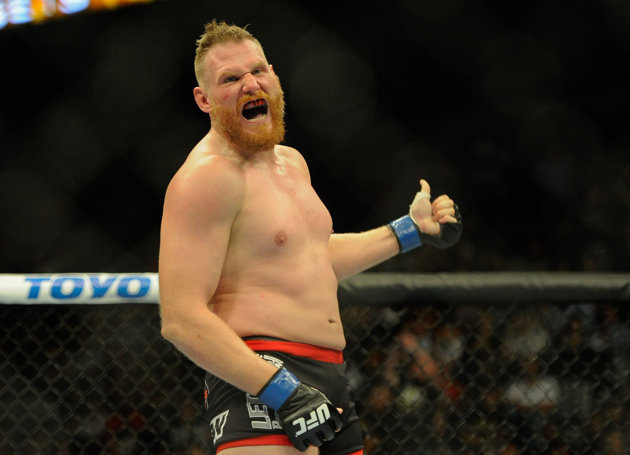 The first came as no surprise. There’s no art form/subculture/industry in American that would miss out on an opportunity to honor itself, so why should heavy metal be any different? The second, however, was a bit shocking. We’ve been fans of Curry’s ever since he came into the NBA in 2009, and never did we hear so much as a rumor about him being into metal, much less being such a metalhead that Revolver Magazine would see fit to nominate him for a Golden God in the “Most Metal Athlete” category. Not that it matters that they did. Curry and his fellow nominees—baseball player Grant Balfour, skateboarder Tony Alva, hockey player Tuukka Rask, and motocross-ist Derek Garland—don’t stand a chance. The outcome is a fait accompli. The Golden God Award will surely be going to the only actual golden god in the bunch: MMA legend Josh Barnett.

Not only is Barnett a lifelong and vocal heavy metal fan; not only is his custom clothing line covered with illustrations of battle axes and masks of war; not only does he jump onstage at Every Time I Die shows and toss people into the audience like a titan—the man fights for a living; those other guys throw balls around and ride skateboards like kids. Barnett is a professional mixed martial artist. And as much as I hate to admit it, MMA has heavy metal roots. Thank god that old generation of tribal tattoos and nü metal guitars and angry-white-guy nonsense is dying away, but to deny that it was never there would be like a country denying its complicity in a war or some ugly social injustice. Old-school MMA was fused in steel and iron and fire and skulls and swords and doom and gloom and dragons and orcs and all other manner of heavy metal/fantasy ridiculousness--and Josh Barnett is old-school MMA.

Then reward yourself for participating in the democratic process by watching this and knowing you voted well: