Watch the Mendes Bros Turn Up at the 2014 Rickson Cup 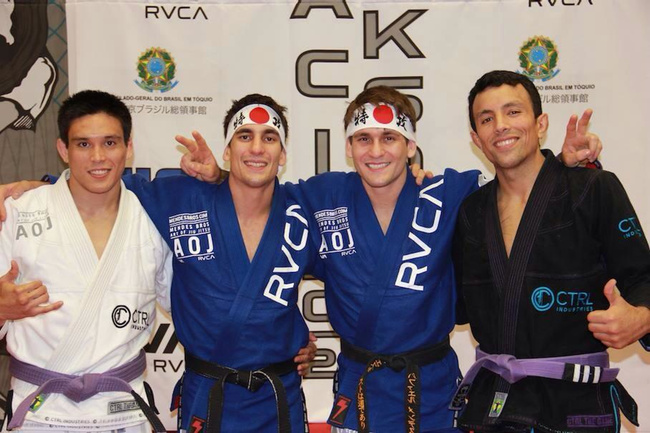 Brazilian jiu jitsu black belts Guilherme and Rafael Mendes are at the forefront of grappling. They are frequent competitors, and bring innovation to their moves and the sport itself. Rafael Mendes is one half of a rivalry with another Brazilian practitioner of the Gentle Art, Cobrinha, which spans 13 matches across Worlds, ADCCs, Pan Ams and Brazilian tournaments. Rafael is a two-time ADCC gold winner, a four-time world championship, and a two-time Pan American champion. He’s also won gold at the nog worlds in Abu Dhabi. Guilherme is a four-time Brazilian jiu jitsu world champion

Fighting under the Atos banner, they continue to push the limits of the Gentle Art with innovative sweeps, most notably the Berimbolo, which was made famous after they showed the world how effective it could be in competition.

Recently, the brothers, who are known as jiu jitsu contemporaries, entered the Rickson Gracie Cup. Rickson’s tournament isn’t the most competitive or notable tournament out there, but has always held a certain reverence in the community. The Mendes brothers, who run their academy called The Art of Jiu Jitsu in Newport Beach, California, traveled all the way to Japan—and the results were incredible.

Check out this highlight video of the Gi-scientists at work: