Boxing is back. The biggest fight no one thought would ever happen is lined up for May, and the Sweet Science is returning to the big screen. Today, Eminem released the first trailer of Southpaw on his YouTube channel, which looks promising.

Southpaw’s screenwriter based the narrative around Eminem’s life, similar to 8 Mile, but this time the main character, Billy Hope, is a world champion boxer (not a rapper) who turns his life around for his daughter. The title is even a reference to Eminem being left handed, and the fact that “goofy-footed” boxing is more challenging. 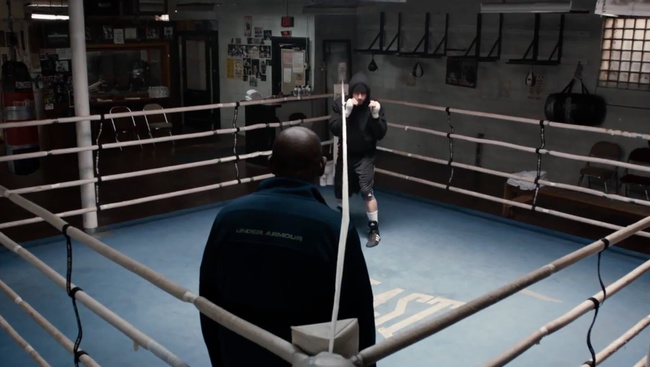 Eminem was originally slated to star in the film, but was replaced by Jake Gyllenhaal when The Weinstein Company bought the rights from Dreamworks. The cast also includes Rachel McAdams, Forrest Whitaker, and 50 Cent.

It’s been a while since someone has revived the boxing film genre, and we are hoping director Antoine Fuqua, who made Training Day and the Equalizer, can give fight-fans an action-packed, modern take on Rocky.