Weidman Versus Belfort Has a New Date 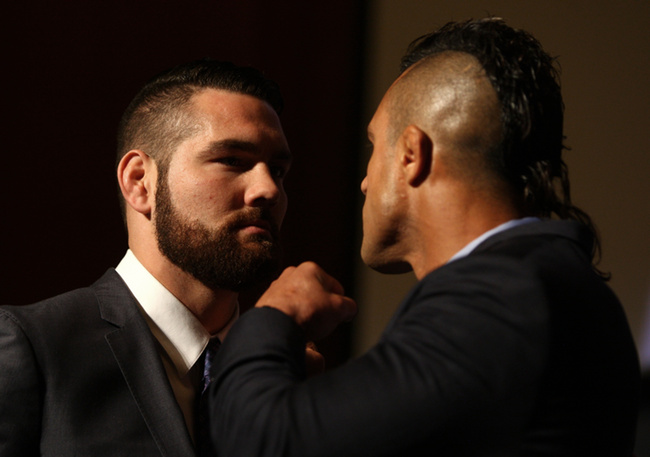 It would appear Vitor Belfort kind of got what he wanted. After all the hoopla surrounding Vitor’s lack of interest in an interim title fight following Chris Weidman’s latest case of the injury bug. According to Dana White, Vitor pined for something to do while he waited for Chris Weidman to get better. According to a statement Vitor made through his social media, however, there was no way he was going to take an interim fight. So many people stepped up, but Vitor is zeroed in on Weidman and his belt.

Now, the ultra-anticipated title fight for the middleweight strap between these two athletes has found its newest date.

Prominent Brazilian magazine Veja’s “Radar On-Line” blog reported on Wednesday, February 11th, that the middleweight title fight is being scheduled for May 23rd—Memorial Day Weekend—in Las Vegas. Contracts have yet to be signed by both athletes, but the official announcement should be made in the next few days.

This is the third time this bout has been rescheduled. Both fighters were originally meant to face each other at UFC 173 in May of 2014. Vitor, however, had to step down in light of the then newly instated Nevada State Athletic Commission ban on testosterone replacement therapy. Lyoto Machida—whom Vitor is said to have refused to fight for an interim belt while Weidman was out recuperating because the Dragon is left-handed, and Vitor was training for a right-handed opponent—stepped in for Vitor. In July, Vitor received his license to fight, and the contest versus Weidman was rescheduled for December 6th, at UFC 181.

Weidman suffered a hand injury a few months before that rescheduled date, in September, and thus the fight was postponed to the once mythical—and now arguably lessened—UFC 184 in Los Angeles’ Staples Center. Vitor and Chris were supposed to headline beside Ronda Rousey and Cat Zingano. Now that Chris has suffered an injury to his ribs, Ronda’s title defense versus Cat has been promoted to main event, slating Holly Holm’s UFC debut versus Raquel Pennington as the co-main event.

The May 23rd date was listed in the UFC’s calendar as UFC 187. Rumor has it that night could also be host to Jon Jones’ title defense versus the steamrolling Anthony “Rumble” Johnson, in which case, we’d have in our hands another mythical evening to sink our teeth into.

Vitor's Sound Reasoning for Staying out of UFC 184