Weighing the Options of Lyoto Machida 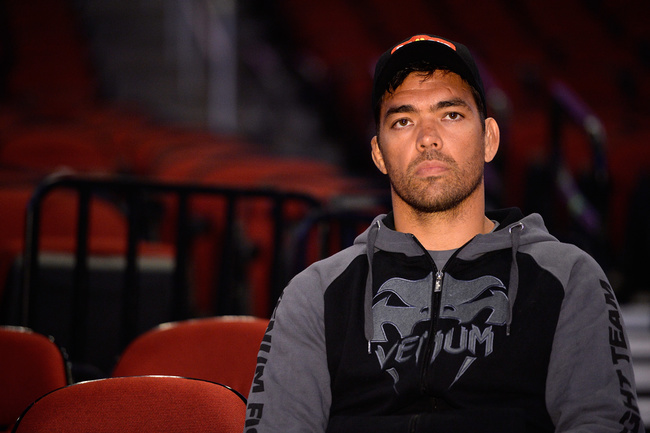 Just a few days ago, Lyoto Machida was considered a legitimate contender for the UFC middleweight throne. He was a fighter who, having so recently gone five, hard rounds with current champ Chris Weidman, didn’t seem have much work to do to get back to the top. How quickly things can change in the world of professional fighting.

In the main event of UFC on Fox 15, Machida walked onto the canvas with the highly-touted Luke Rockhold in an unofficial number one contender fight. Less than two rounds later, he walked off the canvas concussed, and robbed of his status as a possible title challenger. Rockhold sealed the deal with a second-round rear-naked choke.

Now, whether or not it was a first-round slip by Machida that led to the defeat, as some fans claim, it was a seriously tough loss and leaves many wondering what could be next for the 37-year-old MMA icon. Some are even calling for his retirement. Yet as tough as the loss was, perhaps it was more of a testament to Rockhold’s rocket-powered rise than Machida’s decline. It wasn’t all that long ago, after all, that the Brazilian savaged C.B. Dolloway, fought Weidman to a tooth-and-nail decision, and soundly defeated Mark Munoz and Gegard Mousasi. So, while he may no longer be a contender, he’s probably got plenty of fight left in him.

The Karate practitioner, then, seems to be faced with a choice between two avenues. The first is the patient approach, to do what he can to get back in the win column, assemble a win-streak and see if he can’t, once again, emerge as a contender for the middleweight crown. The second choice is to shift his focus to a few fun-first, legacy fights with which to wrap up his career. Whichever road he chooses, Lyoto Machida has plenty of options. Let’s start with the first of those roads. 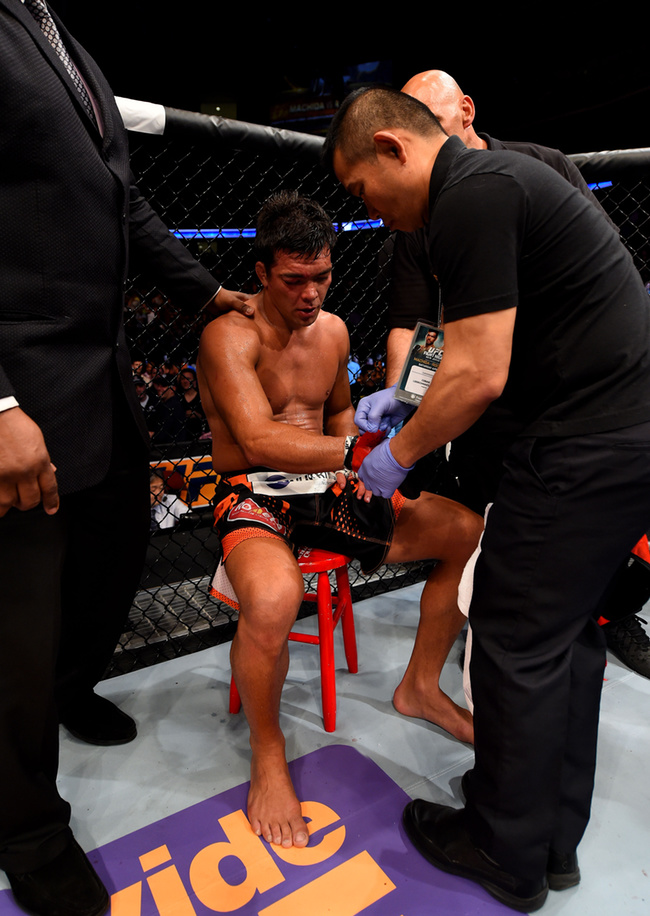 Should he attempt a rebound, and set his crosshairs on one final title run, there’s perhaps no better choice for Machida than a few weeks rest, and then a date with the loser of Vitor Belfort and Chris Weidman, who fight at UFC 187 in May. If Belfort loses, then we get Belfort vs. Machida, an intriguing clash between two of the most fearsome and versatile strikers in MMA history. If Weidman loses, on the other hand, we get a repeat of their 2014 fight of the year contender, and the perfect chance for either man to bounce back. Of course, Machida’s choices don’t end there.

Intriguing and relevant matchups also exist for him in men like Tim Kennedy (who he was briefly scheduled to fight in 2013), Thales Leites, and perhaps most appealingly in Michael Bisping, whose experience and veteran savvy make him a cool opponent for just about anyone outside the middleweight top-5.

Then again, perhaps Machida’s time as a contender really has come to a close. There would be no shame in his acceptance of this, and in such an event, he’d still have plenty of intriguing fights available to him.

Perhaps the least likely, but most exciting of these matchups would be a big-money bout with his long-time friend and training partner, Anderson Silva (when his suspension is up). Of course, the two have flip-flopped quite a bit on their willingness to fight each other, but if the money was right and there was no belt on the line, perhaps they could be convinced. And if not, no worries—Machida can simply direct his sights elsewhere.

To that end, maybe Machida is the kind of opponent that would bring Nick Diaz back up to the UFC’s middleweight division. This fight was, after all, rumored for a brief time in 2013, and while today it makes as little sense rankings-wise as ever, it remains one of the most intriguing style matchups out there.

Then, of course—I’m sure many of you were waiting for this one—there’s a third fight with Mauricio “Shogun” Rua. Shogun and Machida currently have a 1-1 record against each other, though the result of their first fight was hotly contested. Needless to say, they’ve got a score to settle, and with Shogun considering a drop to middleweight—or at least a 195 lb. catchweight—there’s no better time for the pair’s rubber match. And obviously, Machida could also return to 205 pounds to fight Shogun. A victorious light heavyweight comeback, after all, would open the door to cool stylistic matchups between Machida and men like Alexander Gustafsson, Jimi Manuwa, and Fabio Maldonado.

Yes, Machida may have failed to reclaim the light heavyweight title from Jon Jones back in 2011. His middleweight drop may have then failed to make him the third two-division champion in UFC history. But let’s not forget what the Brazilian icon has done.

He did win the light heavyweight title, dealing Rashad Evans one of the most memorable knockouts in history and his first loss in the very same night. Perhaps more importantly, Machida is also the man responsible for bringing karate back to the forefront in MMA. So, while he has stumbled fairly severely, he has emerged as an MMA legend. As such, he’ll have plenty of exciting options available to him until the day he decides to hang ‘em up for good and walk off into the Brazilian sunset. It just comes down to which path he chooses.