Weighing the Options of Lyoto 'The Dragon' Machida 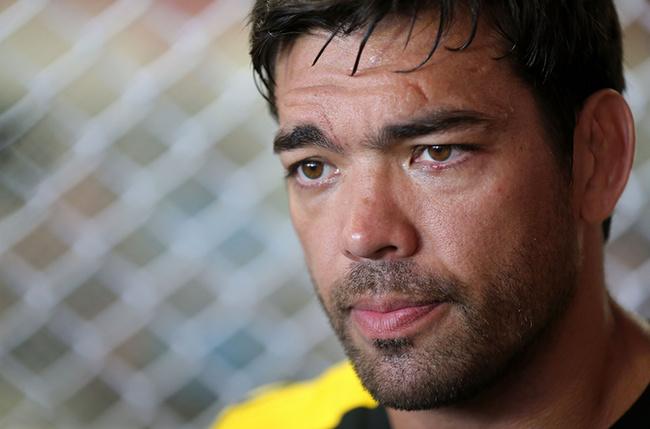 As the former UFC light heavyweight champion, and the man responsible for establishing karate as a legitimate tool in modern MMA, Lyoto “The Dragon” Machida has had a truly illustrious career. And though he’s seen his share of stumbles in the past, falling to men like Mauricio “Shogun” Rua and Jon Jones in recent years, he’s always managed to maintain his status as one of the game’s most dangerous competitors. Unfortunately, what goes up must come down. Even fighters who spend years at the top eventually begin to decline, and for Machida, that decline appears to have begun.

Ahead of his UFC Florida clash with Yoel Romero, many gave The Dragon a legitimate chance. Romero, after all, was knocked out by Rafael “Feijao” Cavalcante in the past, and very nearly had his lights turned out by Tim Kennedy in his most recent bout. If these men were able to rattle the Cuban powerhouse, then surely Machida could do the same. It was undoubtedly a sizable hurdle, but the karate-specialist was not without avenues to victory.

As we know now, of course, Machida came up short. Despite hanging in there in rounds one and two, he eventually found himself being stapled to the canvas by elbows in one of the most emphatic defeats of his long career. If this defeat was preceded by a decent win streak, it might not be such a detrimental thing. Instead, however, Machida’s loss to Romero follows an equally one-sided loss to Luke Rockhold, and moves him to just 1-3 in his last four. He’s not the fighter he once was.

Still, Machida is unlikely to hang up the gloves, and really, there’s no need for him to do so. While he no longer appears to be championship calibre, he remains a tough test for any fighter at middleweight or light heavyweight, and as such, has plenty of matchup options available to him.

The most obvious of these options is a clash with a fellow Brazilian striker, Vitor Belfort. Like Machida, Belfort recently failed to snatch gold from the waist of Chris Weidman, and at 38 years old, finds himself at a similar, late-career crossroads. Of course, that’s just one reason why a fight between the two makes sense. An even better reason is that, on paper, they match-up beautifully. In Machida, we have a ghostlike counter-puncher, described as often with words like “powerful” as he is with words like “elusive.” In Belfort, we have a seasoned and versatile vet, and the man behind some of the sport’s most iconic blitzkriegs. In the fight game, nothing is certain, but the possibility of a Machida-Belfort pairing being anything but a barnburner seems low.

Of course, Belfort isn’t the only exciting prospective opponent on Machida’s horizon. As a middleweight, The Dragon has plenty of other choices. For one, he’d make a good dance partner for Michael Bisping, who is looking for ways to stay busy in his own career twilight. If that fight fails to materialize, a clash with Tim Kennedy—which was momentarily scheduled in 2013—also makes sense, while a fight with Costas Philippou could also be very exciting. 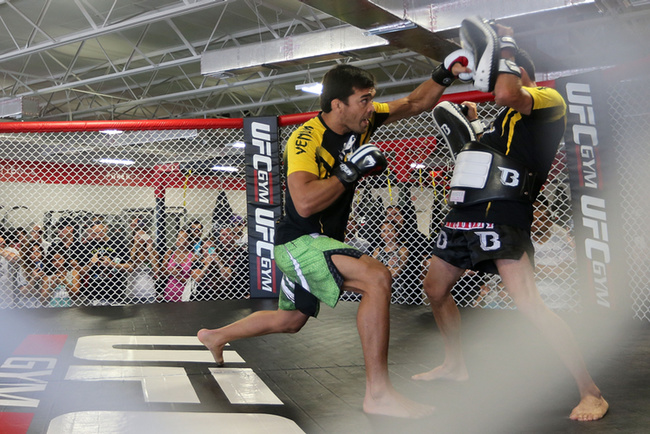 Then of course, there’s the possibility that Machida might be willing to mix it up with some of the division’s up-and-comers, rather than continue to tangle with its established elite. To this end, a clash with fellow karate stylist Robert Whittaker would be very fun. A scrap with former TUF superstar Uriah Hall would be equally thrilling. Still, while bouts like these would give us a real sense of where Machida stands, they’re probably not the kind of fights he’s likely to take. At this stage of his career the former champion is likely to sniff out legacy fights: marquee matchups with which to close the curtains in style.

Because of his long-time status as one of the middleweight and light heavyweight division’s best, however, Machida has already fought the majority of either division’s greats. This means that many of the legacy fights available to him are rematches. Of course, that doesn’t make them unappealing.

One rematch that suits this slowing version of Machida, for example, would be one with Dan Henderson. The two fought to a split decision in 2013, with Machida coming out on top on that night. And though that bout was rather unmemorable, there’s no reason a second collision of the two wouldn’t be more exciting. Furthermore, it’s the kind of bout that’s likely to entice a rather picky Henderson back into the cage. The brick-fisted legend would surely not turn down a second chance to solve the Machida puzzle.

Then, of course, there’s the obvious score that Machida has yet to settle. At the moment, he and Mauricio “Shogun” Rua sit at 1-1 over two, exciting bouts. And though the bout that favoured Machida was hotly contested, the grounds for a rubber match are there: the two Brazilian strikers have got history. Whether it’s at middleweight or light heavyweight, why not let them mix it up one final time?

And finally, there are those options that, though thrilling, are fairly unlikely. In this regard, nothing tops a clash between Machida and his long-time friend and training partner, Anderson Silva. Following several failed drug tests surrounding a recent bout with Nick Diaz, Silva’s future remains murky. All the same, there’s a real possibility that we’ll see the spider step onto the canvas again. In such an event, few prospective opponents appeal more than Machida. Yes, they’re friends. Yes, they’re training partners. But the bottoms have begun to wear out on both of their legendary careers. The end for both men is looming. Who better to share a swan song with than an old buddy? The two could call it quits with a long-dreamed-of, highly lucrative fight against each other.

Yes, from the likely, to the less likely, Lyoto Machida still has plenty of exciting possibilities ahead of him. And though his days as a championship-quality fighter appear to be in the rear-view, not every fighter has to have a belt in their crosshairs. There’s plenty of room in the fight game for declining legends like Machida. That means that until he decides to hang ‘em up for good, he’ll have dozens of exciting choices at his fingertips. That’s excellent news for us fans.