Werdum and Velasquez Rematch Will Probably Happen Sooner Than We Thought 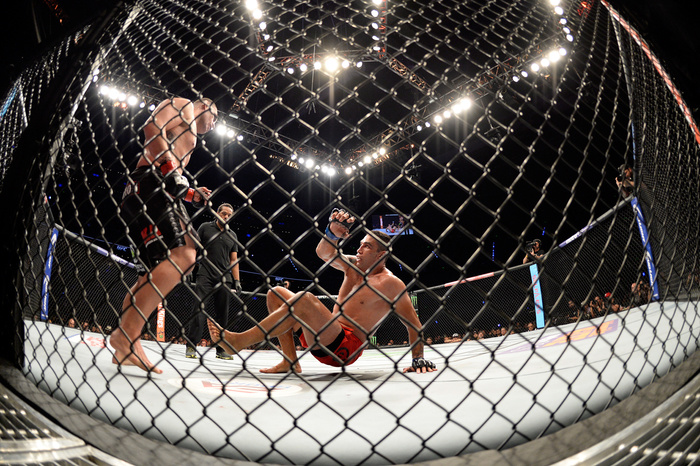 If there was one criticism that could be made against Cain Velasquez’s destructive run as UFC heavyweight champion, it’s that he didn’t fight often enough. The dynamic American Kickboxing Academy staple just couldn’t seem to keep a clean bill of health, which caused a sort of traffic jam at the top of the division, and eventually led to the crowning of an interim champion in Fabricio Werdum.

When Werdum upset Velasquez to become the new, undisputed heavyweight champion in June of this year, however, Velasquez’s naysayers rejoiced. The division had a new king, and with a little luck, one that would defend his title more regularly.

Unfortunately, this is not the way things have unfolded thus far. Since unseating Velasquez in June, Werdum has not set foot inside the Octagon and unfortunately shows no sign of doing so anytime soon. His first challenge—a rematch with Velasquez—has long been rumored for a stadium show in Curitiba, Brazil, sometime in March of 2016. Needless to say, not the quick turnaround we were hoping for from the new champion. 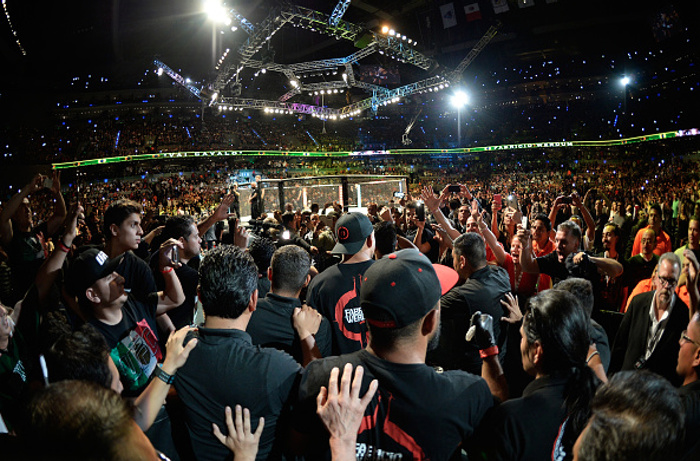 Well, fight fans, here’s a bit of good news to close out the work week.

As Ariel Helwani of MMAFighting.com reported on UFC Tonight earlier this week, the UFC has apparently hit a speed bump in the planning of its Curitiba show, which leaves the Werdum-Velasquez rematch without a home. And while one might take this news to mean we’re going to have to wait even longer for the two big men to settle their score, their rematch is actually being considered for the main event of UFC 196, the organization’s Super Bowl weekend card, on Saturday, February 6. Yes, it looks as though we’re going to get the next heavyweight title fight a little sooner than we expected.

Of course, while February 6 is a good deal earlier than March, it’s still some time away. Luckily while we wait for Velasquez and Werdum’s mammoth rematch, their will be plenty of other movement inside the heavyweight division.

On December 19, Junior Dos Santos and Alistair Overeem are finally set to tangle after years of anticipation. Just a few weeks later, on January 2, Stipe Miocic will take on the resurgent Andrei Arlovski in the co-main event of UFC 195. This means that by the time Werdum and Velasquez do settle their score, we’re likely to have a fairly clear cut number-one-contender waiting for the winner. And from there, whether Werdum defends or Velasquez reclaims and attempts to make good on his plans to be more active, we’ll hopefully finally have ourselves a heavyweight division that moves at the pace we want it to.