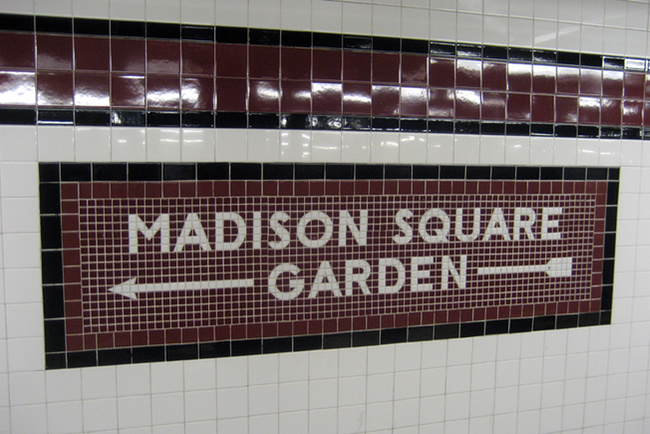 Earlier this year, in January, Sheldon Silver—Speaker of the New York Assembly since 1994 and of the nation’s most prominent politicians—was arrested on a series of corruption charges including receiving millions of dollars in payoffs. The allegations spanned a five-count, 35-pages long complaint and quite literally tilted New York State’s government on its head.

The unfolding of these events was of particular interest to fans of mixed martial arts as well as to the Ultimate Fighting Championship because Sheldon Silver was one of the biggest opponents to the allowance of sanctioned, regulated professional mixed martial arts in the State of New York. The prohibition of the sport kept the UFC’s famed Octagon away from one of the world’s most prestigious and coveted venues: Madison Square Garden.

The fall of Sheldon Silver carved a path for those who see and comprehend the good that may come of allowing professional mixed martial arts in New York State, and currently, the UFC is very confident that New York will repeal its current prohibition by the end of the calendar year.

The fight to allow professional mixed martial arts in New York stems from Silver and a crew of investors and union organizers who have had issues in the past with the Fertitta brothers over the casinos they own in Las Vegas.

In 1997, then-governor of New York State George Pataki outlawed the sport. At the time, the sport wasn’t what it is today. According to Lorenzo Fertitta, one of his unresolved beefs with the Culinary Union in Las Vegas has carried over to the union’s allies in New York, who have worked arduously to keep professional MMA out of the state. Fertitta is a majority owner of Station Casinos, which employs thousands of non-unionized workers who refuse to join the ranks of the union.

But New York City is now closer than ever. Dana White said this past week in an interview with Mark Cuban’s AXS TV that not only is the state indeed going to overturn its stance, but that they’ve reserved a date for the end of 2015 at the famed Madison Square Garden.

In recent years, Florida, New Jersey and Las Vegas have been the three biggest markets and scenes for combat sports, namely boxing and mixed arts. The arrival of the UFC in New York City will without a doubt bring a brand new spotlight to the sport. The NYC brand could elevate MMA to unchartered heights. New York City has the potential to even strip Las Vegas’s title as the premier home for mixed martial arts. The range of experiences available to New York City’s residents and guests makes Las Vegas pale by comparison. That’s no jab at Sin City, but New York City is New York City. And as Las Vegas has been instrumental to the rise of mixed martial arts and the UFC, it won’t be left behind. As such, New York City should serve the purpose of becoming the East Coast embassy of the world’s fastest growing sport as well that of the largest and most successful MMA promotion in the world.

Were this New York City dream to become a reality, surely the UFC will schedule a massive fight for it. Several of the UFC’s biggest names—Jon Jones, Cain Velásquez, Anthony Pettis, José Aldo, Robbie Lawler, Ronda Rousey, Chris Weidman, etc.—will have fought within the next three or so months, rendering them available for a late-year contest. So what fight would you like to see?

An inaugural UFC card in New York City could attract the mighty superfight. Jon Jones for one— if he defeats Rumble Johnson over Memorial Day Weekend—will have truly cleaned out his division. So what comes next for him? A return to his home state at a different weight class—heavyweight or middleweight—could be the biggest thing in the sport yet. As such, Jones could fight Cain, or even Chris Weidman—if this New Yorker is able to defend his belt versus Vitor Belfort.

Or the night could be reserved for the ever-elusive contest between Ronda Rousey and Cris Cyborg. Both of these ladies defender their titles very recently—both in under one minute. Maybe Aldo goes up to lightweight to face Pettis, or TJ—as he’s said lately—will go down to flyweight to face Demetrious Johnson. Or Brock Lesnar rejoins the ranks of the UFC and meets Frank Mir for a show-and-tell.

These are all just dreams, but then again, so was an Ultimate Fighting Championship in the Big Apple.

Madison Square Garden Had Its First MMA Event Ever