What It's Like Watching the UFC Three Rows From the Octagon 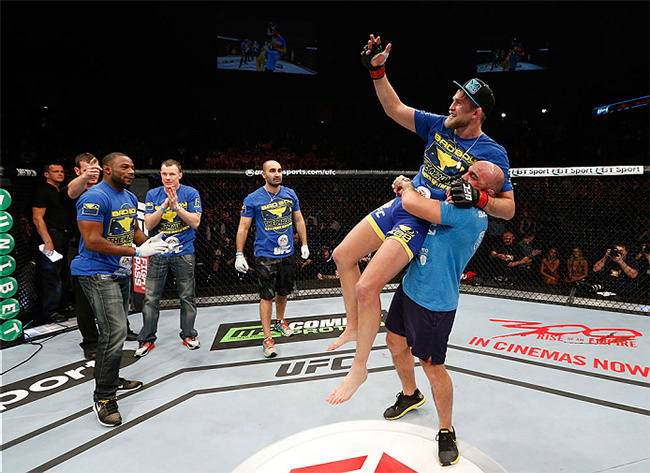 Last week’s UFC Fight Night card at the O2 arena in London arrived with the first good weather of the year, followed by the usual online storm. While it was sunny outside, UFC President Dana White spent the afternoon thundering at indignant (mostly American) fans complaining that they had to pay to watch the event on Fight Pass. In between invectives, he warmly thanked others for enthusing about the UFC being back. Safe in the knowledge that other journos would write up columns on how the UFC is adapting to different markets, I dutifully read the press code of conduct emailed to me beforehand (basically: Don’t get drunk or cheer for your favourite fighters), arrived on time, collected my laminate, and … wondered what to do next.

I love the sport but have only been reporting on it a few months so this was my first event. Years as a music journalist have led me to think nothing of flashing a laminate at any venue staff who give me the “Thou shall not pass!” treatment, but what quickly becomes obvious is at a UFC event, as in the music industry, there are levels of accreditation and here no one tells you exactly what yours does or doesn’t get. My laminate is gold--so far, so first place--but there are also black ones, white ones, green ones, and even fancy UFC lanyards for the promotion’s full-time staff. 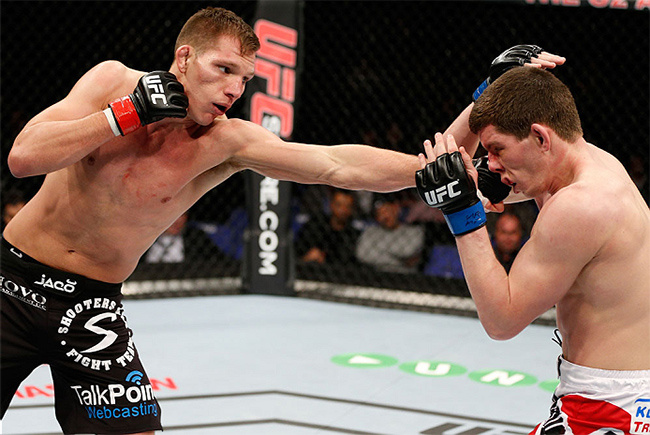 One thing we are all entitled to is a free meal. However, I don’t want to eat dinner at 5pm because I’m only 32, so I set about the free drinks. I bag myself a Coke and a mineral water then wonder if the wine and beer behind the bar staff is there to test us.

I decide to cautiously head out into the corridor to ask directions to the arena. Just before I go, I keep up my average of running into random music industry people at things by crossing paths with a friend who works in events. Like most of the non-media workers, she already looks put-upon and is carrying what looks like two cloth sashes in a large see-through box. “Title belts,” she tells me. Clearly, neither of us know why they’re here, so it seems pointless to ask. “Say the hospitality’s good,” she grins, before hurrying off. It is. I’m used to waiting in places with no free food or drink while flaky rock stars don’t show up.

The route to the press tables is a rat-run similar to the ones paying fans go through to get to their seats. Past three security checkpoints, at which everyone is calm and polite, I arrive at the section with non-athletic looking guys frowning into laptops and talking among themselves. I’m in row C but sat in front of a router, which it turns out is like bedding down in a cross between quicksand and Japanese knotweed for the night. Everybody wants a piece of what’s in front of me--a Medusan gaggle of DSL cables. At one point two journalists sitting behind me have to free both my legs from entanglement as I get up to claim my free dinner between the prelims and the main card.

Contortions aside, my seat is, obviously, fantastic. The only odd thing is that we’re the only ones--apart from some VIPs, who have headphones to follow the commentary--who are watching the action the way you probably watch it at home. One eye on Twitter and your email (the UFC sends out quotes and results to the press pack almost immediately after each fight), the other glancing at the huge screens showing the live feed when the action dives into an awkward angle. The trick to really appreciating it is focussing on the details you don’t see on TV. Conor McGregor repeatedly pops up between the referee’s legs to shout instructions to his training partners, cameramen run around with two colleagues guiding them past obstacles like MMA Crufts, and the Octagon girls clearly smile with their mouths but not their eyes while idiots wolf whistle. 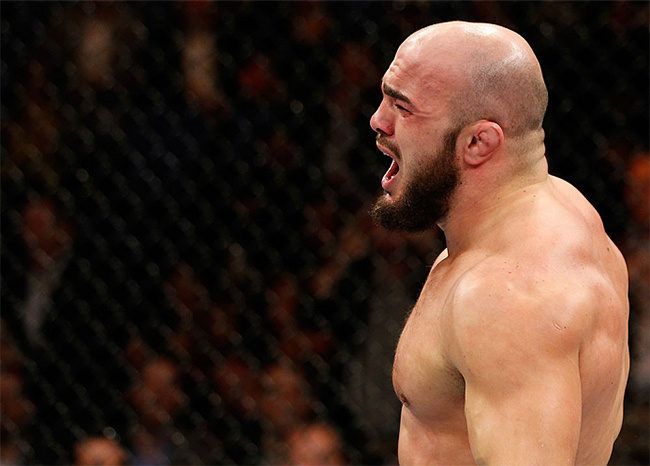 Also, the event sounds different live. Ilir Latifi and Luke Barnatt get berserker receptions to rival anything on the main card, and a progressing mix of alcohol and British “wit” means howls of approval bounce around the arena better than any 5.1 speaker system. In the flesh, watching a pumped up post-fight Alex Gustafsson, as Ray Longo would put it, “punch a hole in his fucking chest” while saluting one of two large blocks of Swedish fans makes it hard to observe the rule about not getting swept onto your feet by an adrenaline rush, too.

After the fights, I observe the post-fight press conference. We’re not kept waiting very long before Dana White, Garry Cook, and the winners arrive. Partly to justify my presence and partly because listening to other people ask variations on the question “Are you happy you won?” is boring, I decide to ask White a question. The event sold its 16,000 tickets in less than 36 hours, I say. Will they book somewhere bigger next time? London is full of football stadiums. White demurs, possibly because he doesn’t want to make his UK staff feel like they chose the wrong space. I proceed to get slightly carried away, drawing his attention to the Olympic Stadium in east London--which I call the Millennium Stadium, as in the one that’s in Wales--making it sound like I think the UFC belongs in venues that hold 72,500 and 80,000 people, respectively. What I actually mean is that the Olympic Park in East London would be a suitable space, which it probably wouldn’t be. Thankfully White doesn’t realise I sound insane and my question leads to the breaking news that the UFC will return to the totally appropriate O2 in February next year.

A Local Takes in the UFC in London

MMA on the Continent