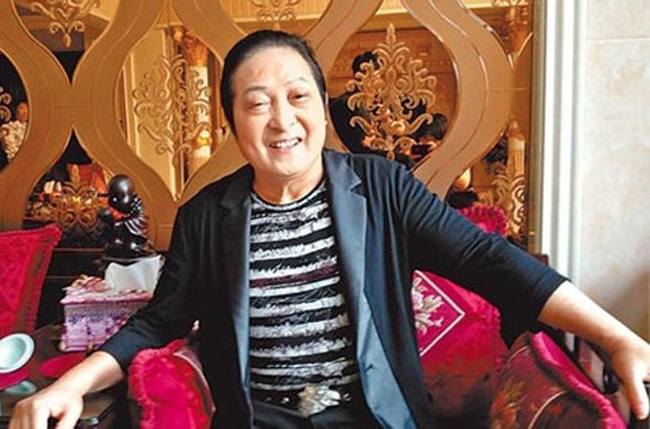 Wushu charlatans are mostly a harmless bunch. But every so often one of these kungfu-sorcerers makes a little too much money, gains a few too many followers, and bad things happen. That’s what the Chinese are dealing with now, after authorities detained famed qigong practitioner Wang Lin. Wang is accused of hiring thugs to murder and dismember a disciple, and then throw the pieces in a lake. The former disciple, Zou Yong, was a wealthy businessmen and politician who had bought his way into Wang Lin’s “school” for a reported $800,000. Zou turned on the master after business deals went awry and the sorcerer’s spells failed to make an impact on Zou’s life.

Wang is known for his flamboyant claims and lavish lifestyle. He flashes jewels, builds big mansions and enjoys seemingly close relationships with the rich and powerful—he’s been seen with relatives of former leaders Jiang Zemin and Hu Jintao, actors Jet Li and Jackie Chan, Alibaba founder Jack Ma, a bevy of actresses, and the once-powerful boss of China’s railways, Liu Zhijun. He practices qigong, the art of focusing and cultivating one’s internal energy, qi, and using it to heal wounds and sickness, both enhance one’s own and shield against an opponent’s strikes, and other extraordinary feats.

In China, there is a very different relationship between qigong masters and their disciples. Whereas masters in the US who practice and teach qigong techniques find limited success, and more often than not ridicule, those same masters are revered in China, their words are gospel, and they can quickly become small-time cult leaders with wealthy and powerful patrons. People believe in China in a way much different from the Western disciples who take a beating in Youtube videos. Thousands of years of folklore and countless very real rebellions recount the almost supernatural power of the qigong master. Many Chinese believe in qi and the question is not, Does qigong really work? But rather, Is this particular person a true master of qigong, or just an aspiring cult leader?

The medical system people use on a daily basis revolves around qi. Chinese ideas concerning food and drink, agriculture, architecture, interior design, the afterlife, sex and fighting have the proper use of qi at their core. There are a hundred thousand qigong masters like Wang Lin in China having intimate conversations with wealthy, worried patrons about what stones to place where in the home, which types of people to avoid, what foods work with their particular qi make-up, and how to deal with all manner of relationship issues. Qigong masters are the shrinks of the Chinese-speaking world. Modern China is discarding superstition and magic to a degree, but when the chips are down, people fall back on tradition.

But like yogis out of India, there is more to the qigong master than just good advice and a couch to lie on. There is access to the other side, to the magical space that hovers at the edge of mundane reality. Emperors have sat in thrall to these people, and in some cases were toppled by cobbled together armies of zealots devoted to such people. Even today, most major cities in China have a few of these guys running around in Taoist robes, sitting at lazy susan dinner with officials, smiling benignly as envelopes are passed his way. They have assumed a status something like the court advisors of old—wealthy, cultured people like to have a qigong sage on hand, to go with their Tibetan Buddhist guru, tickets to Paris, and faux-green country home. 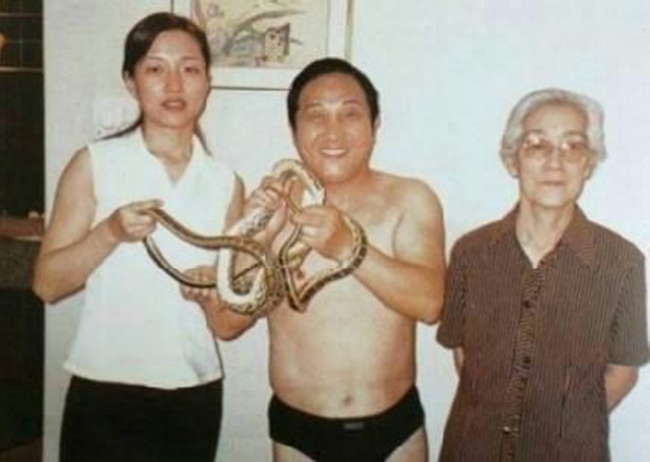 A great many are traditional martial artists who develop their qi and train hard. Taiji schools like Chen- and Yang-style have built strong reputations for martial prowess on their ability to cultivate qigong and make it work for them. When people visit Chenjiagou and see the masters there train and perform, it convinces them that qigong is real, that there is a special energy within us that can be cultivated through proper breathing techniques.

Charlatans grab a hold of this real thing, and twist it into a self-serving tool. Wang Lin is special only because the Internet grabbed a hold of him and the ghastly act he is accused of being involved in. He embraced the media and spoke to reporters from the New York Times on two occasions, telling the foreign reporters that he was a victim, that he never claimed to be a qigong master at all, that he was a passive player in a byzantine plot to rid him of his hard earned riches and reputation.

Now he’s become an example for the ruling regime to trot out, another cult-like leader fooling the people and leading them astray from the one true path: Trust in the Communist Party. It’s an old, old story in China. When someone like Wang Lin comes along and is caught and punished, the regime uses it to strengthen their hold on the peoples’ hearts and minds, to deflect from the corruption at the heart of the master-patron relationship.

It might work for a week or two, in today’s wired world, but the underlying belief system remains unchanged. China has always been and will always be fertile ground for black magic masters, corrupt patrons, and the followings they command.