Why Andre Ward vs. Sergey Kovalev is the Best Fight in Boxing 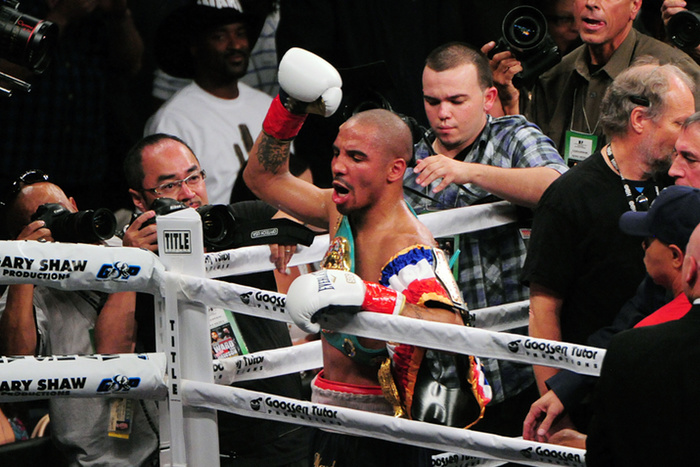 Megafights in boxing are few and far between. Think Leonard-Hearns, Tyson-Holyfield, or this generation’s incarnation in Mayweather-Pacquiao. It commonly refers to two unstoppable forces meeting in the ring, where under most circumstances, only one will prevail. There is also enough name recognition behind both fighters to generate fan interest, and often times there is some sort of championship involved. With all the elements required, a true megafight is actually quite rare in boxing, but with Andre Ward’s light-heavyweight debut win last Saturday, there is now one on the horizon.

The biggest name in the light-heavyweight division (and quite possibly in boxing itself) is Sergey Kovalev. The undefeated Russian boasts an impressive 29-0 record with 26KOs and holds three of the four recognized belts at light-heavyweight. Though he is not the lineal champion, most would pick him over Adonis Stevenson, and it appears as though it is promotional and network conflicts that are keeping Stevenson safe from losing his title. Perhaps the only thing more impressive about Kovalev’s record on paper is the way in which he dismantles opponents. He’s really the only fighter I’ve seen to completely dominate Bernard Hopkins, and the way he played with Jean Pascal in January would make you second guess the fact that Pascal was once a recognized champion. At least in this juncture of boxing, there doesn’t appear to be a fighter who can stop Kovalev. Except maybe Andre Ward.

Andre Ward was bred for boxing. I don’t say that only in only a physical sense (though he did box from childhood to an Olympic gold medal), but promotionally as well. He’s one of few boxers to have their debut fight televised (let alone on HBO), and his entire career has more or less been documented on major boxing networks. It’s safe to say that many of the powers that be in boxing have invested a lot in making him a household name. Depending on whom you talk to, that goal has been a moderate success. Just about everyone in boxing respects Ward’s fighting ability, but not many people want to see him fight. He’s a master technician who takes calculated risks, and would rarely, if ever, be found brawling in the slugfests that go down in boxing history. In terms of pure athletic talent, however, Andre Ward is one of boxing’s best.

So it appears now as if the collective stage is being set. On one end sits a rugged destroyer who bulldozes through opponents with relentless punishment. On the other is a measured technician who has shown equal amounts of courage and perhaps enough ability to overcome such a storm. It is a classic showdown of technique versus force, skill versus strength. This is not to say that Kovalev isn’t skilled or that Ward can’t punch, but in terms of putting their strongest attribute forward, that is how the fight breaks down. Not only are they both recognized name with proven records, but legitimate title belts would be on the line as well. Best of all, the two appear willing to fight one another. 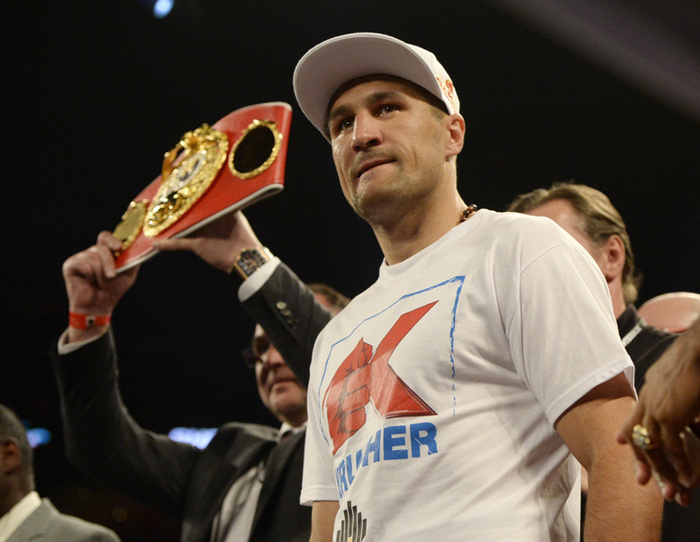 According to press reports, most of the logistical details for an eventual Ward-Kovalev showdown have been agreed upon. Small things like location and an exact fight date have yet to be nailed down, but the prospect a few months ago was that the fight take place in November of this year. The only thing that remained was that both fighters win their respective upcoming fights—Kovalev’s being a homecoming fight in Moscow later this June, and for Ward, the undefeated Cuban contender Sullivan Barrera, which he thoroughly dominated last Saturday.

Kovalev, who was in attendance for the fight, was respectful of the former champ’s return. In an unofficial post-fight interview, Kovalev can be heard acknowledging Ward’s elite athletic pedigree and acknowledges that a fight with the former Olympian will be the toughest challenge to date. When asked if he would win a prospective match-up against Ward, he thought, sighed, then laughed, “I hope!” Though it’s refreshing to see such humility from a fighter of Kovalev’s caliber, most fight fans know that he has much more than just a “hope” against Andre Ward.

As for Ward, he gave himself a meager B- grade for his performance last Saturday, and hinting that he may want to take one more fight before stepping up to challenge for Kovalev’s belts. With this being just his third fight in nearly four years, as well as his first official fight at light-heavyweight, he can perhaps be given a pass for taking on another opponent to shake off more of the ring rust. And at least according to the post-fight interview with Max Kellerman, it appears as though Ward has no problem stepping up in the near future.

"You know me, Max. It's never a problem. You know, you look at my track record, I want to fight the best; I've always fought the best. Me and Sergey Kovalev, he's a great champion. He's the man at light heavyweight. It's not a matter of if; I just think it's when," Ward said.

Let’s hope both men keep their word and continue winning their next bouts. Boxing could certainly use a fight like Ward-Kovalev.

What Pro Boxers Think About Fighting in the Olympics