Why Garry Tonon Is the Most Exciting Man In Grappling 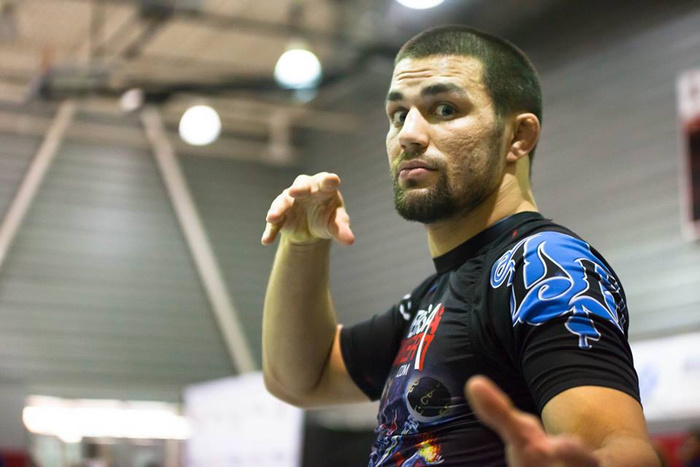 In terms of pure MMA there was not a whole lot happening this weekend. The hardcore MMA fan might have enjoyed Wrestlemania but more likely he would have enjoyed Polaris 3. One of the growing number of submission only invitational events in the grappling world, Polaris differentiates itself from the excellent Eddie Bravo Invitational by not using a tournament structure and instead hosting only 'super fights', and from the formerly great but now crumbling Metamoris by actually paying its athletes.

Polaris 3 was headlined by a match between MMA's most notorious heel-hooker and rule-breaker, Rousimar Palhares against no-gi and submission only prodigy Garry Tonon. After fifteen hard minutes the bout was ruled a draw but there were few complaints from the spectators. The match was a treat in most of the ways expected, Palhares tremendous strength was on display as he suplexed Tonon and forced him into actual front flips off of single leg attempts, while Tonon showed exactly what you would want to see from the lighter, smaller man as he fought from guard, pushed a frantic pace and kept putting out bait in attempts to snag submission attempts or transitions to better positions.

Watching it I was reminded of Leo Vieira's terrific losing effort against a young and relentless Mark Kerr, a bout which Kerr reportedly described as like grappling with water.

The Tonon - Palhares match opened with the battle of heel hook attempts that everyone expected. As each neutralized the attempts of the other, the bout progressed into Tonon playing guard and Palhares struggling to progress.

One of the more interesting points of the bout was Tonon's repeated standing up from guard to present his lead leg. We often get into the frame of mind that guard is guard and wrestling is wrestling, but by standing up from the guard, the bottom player can often hurry the top player into attempting to get them back down. For the first few attempts this didn't work out to swimmingly for Tonon and Palhares demonstrated the same pick ups which won him such a fan following at ADCC 2011.

But as the bout progressed, Tonon began to attempt rolls for knee bars and leg scissor takedown attempts, always looking to entangle one of Palhares' legs like a young Volk Han.

On another occasion he attempted the kimura off of his standing into the single leg. Finally, he was able to threaten a guillotine so seriously that he forced the bigger man to his back and was allowed to work as the top player for a good half minute.

Throughout the bout Tonon also used a head and arm grip from seated guard to threaten a quick triangle choke attempt and then, to the surprise of everyone, to get to Palhares' back and progress to the truck.

The danger of being a great leg locker is that you may fall into a gimmicky roll as someone who can kill the best grapplers in the world on a good day but can't do anything useful as soon as you meet someone who can shut down your entries to leg entanglements or against whom you cannot, for one reason or another, finish the submission. One of the reasons Tonon is beloved in the grappling community is that he has shown time and time again to be more than just the leg attacks.

And that is what has so many fans excited for the prospect of Tonon making the transition to MMA. With the career resurgence of Demian Maia and the arrival of Ryan Hall on the big stage, fans are getting to see cream of the crop applying very different types of grappling in the Octagon, and they're loving it. Because of the nature of MMA—something is new, then everyone knows about it and it stagnates, then guys start incorporating it into combinations and tack on crafty set ups and suddenly it works again—there was a serious notion among many fans that once you had learned to defend yourself from submission attempts, they just stopped working. Obviously that is not the case, fighters are tricked and waltzed into tight submission attempts and sweeps just as they are deceived into eating well hidden punches.

Returning to Tonon's game, his use of the half guard is excellent. In addition to using the waiter sweep to set up leg attacks, he has been one of the highest profile grapplers to have continued success with the electric chair sweep. Here he demonstrates it against omaplata demon (and son of physical culture guru, Steve Maxwell), Zak Maxwell.

He also frequently threatens an octopus half guard (a position which is essentially a back take if the hooks can be switched and the bottom leg freed, demonstrated here by Jose Aldo) and uses it to force the opponent to pummel their arm in front of his head, whereupon he will snatch up a kimura attempt. The kimura in general is a tremendous position for Tonon and it played a crucial role in that Maxwell bout especially.

Tonon's game on the feet is getting better each time he competes and this really separates him from a lot of leg lock experts who will almost exclusively attempt the Imanari style upside down shots, or butt scoot until the opponent engages them. In the last EBI Tonon showed the same nice trip from a two-on-one a couple of times.

Against Stephan Martinez he beautifully transitioned into passing the guard, being cautious of the Baret Yoshida style underhook Martinez had dug in. Some nice windscreen wiper footwork into a change of direction into the underpass and from there straight into the back take.

Not to mention Tonon's excellent snap down into the front headlock and guillotine attempts on the feet which has been a staple of his recent no gi career. For more on that, I highly recommend BJJ Scout's study on Tonon:

Perhaps more exciting is the fact that Tonon has been up to Tristar gym on a few occasions to train with Firas Zahabi and help Georges St. Pierre prepare for bouts. Given Zahabi's ability to produce some of the best rounded fighters in MMA almost from scratch, it is fun to think of what he could do when made head coach of a grappler with such tremendous finishing ability and accomplishments already under his belt at just twenty-five years old. Here's the two of them larking about in a ground and pound experiment:

But equally as a John Danaher protégée, Tonon also trains day in and day out just a short drive from Matt Serra and Ray Longo's operation. He's spoiled for choice.

Tonon is perhaps the most exciting competitor in the grappling world right now. He has been a headline act for Polaris and EBI, and Metamoris apparently wanted to lock him into an exclusive contract. The grappling world might never have an athlete with bankable star power but it would seem that Tonon is the closest so far. If Tonon does come to MMA and have some degree of success that would be tremendous, but I can't help feeling that the flourishing submission only grappling world will be missing out in losing one of its most active and exciting competitors. At any rate, watch some Garry Tonon, he's pretty darn impressive.