Why Kimbo Slice Mattered to the Autism Community 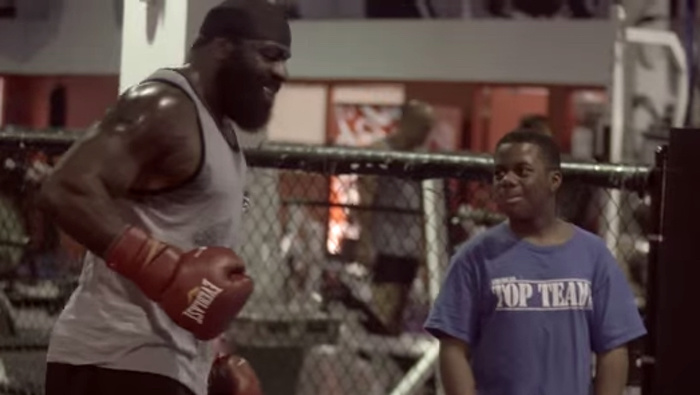 Media can be a weird place to work when you’re on the autism spectrum. You get to see your largely non-autistic colleagues do the bulk of the reporting and commentary on your neurodevelopmental disorder, taking a complex and wide-ranging disability that many (and not just the ostensibly “high functioning” quirky verbal ones) see as an identity and treating it in the way they might discuss a disease or epidemic. Then you see them frame their narratives around this misguided concept, painting the people who are on the spectrum as tragic—or inspiring if they’re cute or compliant enough—and painting the family members as the real victims of autism.

This can get particularly uncomfortable in sports media, where the language surrounding victory and defeat and the struggle between the two is such a fundamental tool of the trade. In this world, autism easily becomes the opposing team, or the long-term nemesis. It is something to be fought and vanquished. The people who have it in these stories are, at best, the damsels in distress. They are never the heroes. They’re barely people at all.

So when friends and colleagues started sending me the link to “Bellator MMA: In Focus With Kimbo Slice,” a six minute profile that the promotion released in the days leading up to the street fighting legend’s bout against Ken Shamrock last June, I was hesitant to click at first. But I’m glad that I did.

I’ll admit that I flinched a little when the topic of autism was first introduced in the video, with an overbearingly emotional shift in the background music and a pair of somber title screens informing the viewer that Kimbo’s youngest son, Kevlar, has autism, and that he trains with Kimbo every day.

And I was afraid that the segment was quickly dragging everyone involved into well-worn territory when Slice (aka Kevin Ferguson) mused that “I’m not just battling this battle or fighting a fight, but I’m also battling—we’re battling—autism. We’re fighting autism.”

But what came next floored me: “When I’m here and I’m with him and we’re a part of each other’s life, I’m giving him a part of me; and he’s giving me a part of him,” Slice said as Kevlar worked a grappling dummy a few feet away, under the American Top Team logo. “Every now and then, he’ll just want to make sure I’m looking. He makes sure I catch his eye to see, ‘Is my dad looking? Is my dad watching? I want my dad to see me do this.’ That in itself is a great accomplishment: to see my son learning how to wrestle, learning how to do jiu-jitsu. Makes me feel good inside. He loves it.”

It might not sound like much more than common sentiment if you haven’t paid much attention to the way that autism and autistic kids are usually discussed in public discourse—it’s how loving parents are supposed to talk about their kids—but there are some very subtle but important differences here.

It’s all too common in coverage of autism to discuss non-autistic parents in terms of what they’re at risk of missing in their relationship with their autistic child: they’re afraid that they will never get to hear their offspring say “I love you,” or get a hug from their touch-averse loved one. How the child feels is rarely addressed.

But when Slice talked about Kevlar, he was talking about what was important to his son, and what made his son’s life better. There’s not a moment in the video where he seemed even remotely concerned about what Kevlar could do for him. He knew that his child wanted his acknowledgement and he provided it. The joy that he received from their connection, both as training partners and family, came from being able to connect on terms that made sense to and was enjoyable for both of them. His pride came from the ability to provide something that made his son happy—and at seeing him flourish in that environment.

With this one simple but incredibly thoughtful public reflection, Slice—who also worked on awareness campaigns with The Autism Society—became a role model for non-autistic parents. And a beacon of hope for autistic people who want to be seen—and loved—for who we are.

Most importantly of all, though, he continued to be a good dad to Kevlar.

Autistic people face significant challenges in this world that wasn’t built for us and often makes little sense for us. This is particularly true for autistic people of color whose wellbeing, safety, and very freedom is under constant threat from a society that still sees autism as a white male condition and still sees autistic behavior as dangerous non-compliance that can and should be viciously controlled for the public good. But Kevlar still has a chance to live the dream that Slice had for all of his kids because of his father’s understanding, support, and love.

Kimbo Slice Has Passed Away