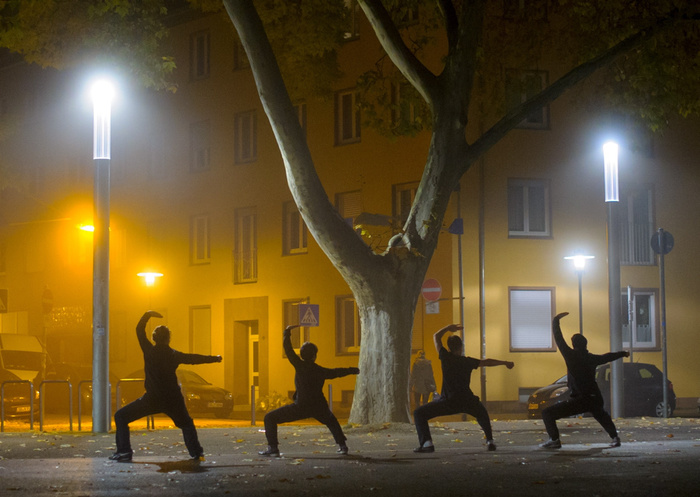 In China, the traditional martial arts still have their cultural and social place at the table, but it’s a ceremonial seat, lacking in real power or influence. Outside of China, the kung fu wave that led to a thousand and one dojos is receding in the face of mixed martial arts and other more popular Eastern disciplines, like taekwondo and karate.

The dominant narrative as to why kung fu isn’t as popular anymore has to do primarily with its lack of effectiveness as a form of self-defense. Kung fu is great for movies and acrobatic performances, they say, but bad for a fight. It’s easy to point to the rise of MMA and say, “See? This is what the people really want.”

That would be the end of the debate, except for that fact that Chinese martial arts techniques are found throughout both the Eastern martial arts named above—both of which have their roots in China—and in MMA as well. Yes, even in the UFC, basic Chinese martial arts techniques and strikes are used, effectively, in pretty much every fight. Kung fu has a side kick, roundhouse, elbows, oblique kicks and more. Chinese masters teach their students to keep their hands up, how to knee someone, why kicking the meaty part of the thigh can really mess up your opponent’s day, and the secret to all strikes: footwork and strong hips.

So it’s really not a question of being effective in a fight, it’s more an issue of marketing and a few other issues. One of those issues being the training methods and regimens of traditional masters.

Daly is perhaps more well known for his documentary film on Chinese traditional martial arts on the island of Borneo, “Needle Through Brick.” The film shows how Chinese masters left Mainland China in the last century to escape persecution at the hands of the Communists, only to watch their art slowly die as young capitalist children choose other arts, other values, other norms over the ones kung fu represents. Both essays and the documentary are well worth your time, but for now we’re going to focus on a passage in Daly’s essay that Judkin’s highlighted as indicative of what traditional Chinese martial artists believe is the reason behind their slow decline:

“…When I asked why he was not more active teaching himself, he answered in a gravelly voice:

In my opinion, the world has changed. I never teach my son and grandson. People ask me to teach, but people’s minds nowadays are wicked….

A real master can only teach real kung fu to his disciple who learns under him for at least 10 years in order to know his character well or he will create problems. We’ll not teach the practical use of Kung Fu to those who learn only 2 or 3 years. This is the traditional culture. That’s why a lot becomes extinct. Chinese traditional kung fu is like this.

When I asked whether it was possible to modify the way that students were selected and basic training methods, all of the masters at the table said ‘no.’ They made it clear that the processes through which they learned Kung Fu were integral to the arts and that it would not be possible to teach properly if things were made ‘easier.’…Furthermore, they said that even if they wanted to change the methods, they could not, because they made an oath and were obligated to continue teaching the way that they were taught by their masters. One commented:

It has carried on from generations to generations in this way. From master to student through time. So we can’t do it freely as we wish. We must respect the way things were done. This is how we respect our masters.”

This is very insightful. The methodology is the very identity these masters hope to pass on to their students, and changing even a bit of it dilutes the whole and defeats the purpose. Having a wooden dummy or a stone lock in your kung fu school makes you real and only students who dedicate themselves to these types of tools and the many exercises that accompany them are real kung fu students. 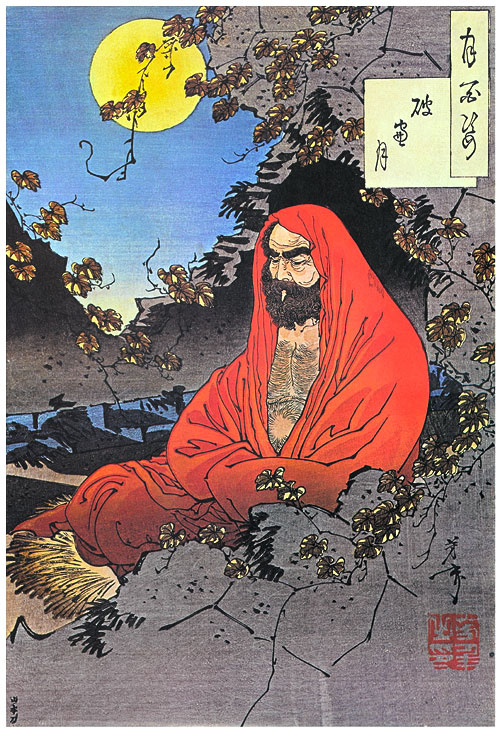 Just a basic look around at the martial arts that do flourish and the fighters thriving, tells us that training methods must and do evolve with the times. Even Cain Velasquez most recent injury brings up discussions of archaic training methods and their counterproductive effect on the body.

Yet traditional Chinese masters stick stubbornly to their methods, which revolve initially around the “iron body” philosophy of training, a turn-off for anyone who has watched their kicks grow stronger after a few months hitting Thai pads. Masters say the youth are weak and can’t handle the heat; young martial artists hear “10 years of beating this iron pole and you’ll be ready” and make a B-line for the MMA gym. Not to say your average MMA or BJJ gym doesn’t draw every ounce of energy out of your body. People tear their ACL in training all the time … it’s just much harder to see the light at the end of the kung fu tunnel.

Judkins and Daly look into the cultural heritage and social values these training tools and methods represent, and find there the core of traditional martial arts: that which must be protected and saved from modernity and the reason why masters would rather die without students then teach a fake art.

Traditional masters stick to traditional training methods (and timeframes!) because they believe their system creates a morally sound, responsible, mentally honed martial artist. There aren’t any BJJ black belts under 18 for much the same reason. It takes that type of person to stick with it, usually, and there is a reward at the end of the journey.

For many traditional Eastern martial artists, the training is a process to weed out the unready, because the true goal is developing and cultivating qi gong and the enlightened behavior that should result from strong internal energy.

Kung fu is not a just fighting art to today’s masters, but also a path toward enlightenment. Wrapping kung fu up with Taoist or Zen Buddhist philosophy and linking the quasi-religious martial art with the concept of internal qi gong is basically canon for many traditional martial artists.

To skip out on part of that process means you will never reach your goal, and all is more or less for naught. This helps to explain why traditional masters have been very slow to take to more modern training methods and also why the traditionalists tend to scoff at MMA fighters. If you can see it from their perspective, fighters are akin to barbarians playing with something they do not understand. If seen this way, then it is hard to imagine traditional masters ever changing their methods.

As Judkins writes toward the end of his essay:

“The traditional martial arts, whose demise is lamented by the masters that Daly interviewed, was not understood as simply a set of self-defense skills. Rather it was a means of conveying a range of values and relationships that supported a social world that had now vanished due to economic change. The preservation of these techniques would require institutional innovation, yet by definition, the values of these new institutions (capable of competing in the rational, standardized and linear world of modern pedagogy) could not be the same as those that had shaped the now elderly group of masters in their youth.”

Traditional masters are constantly seeking the five-year-old boy willing to dedicate his young life to brutal training regimes, because by the time he is in his twenties, he should be solid enough in the “hard arts” to begin training the “soft arts.” And by the time he is in his forties, the young boy will be a true master and on his way to leaving this silly mortal life and becoming one with the Way.

Anything else is just sport.