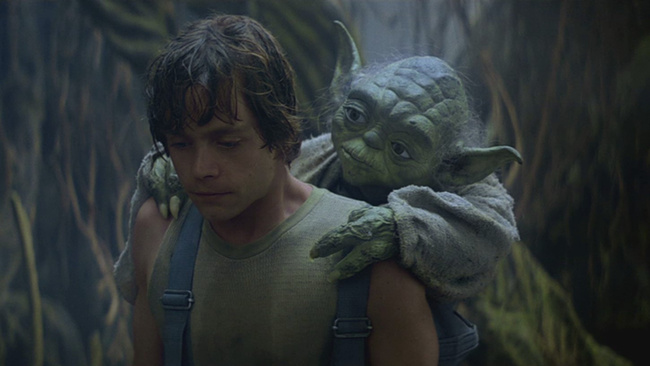 Star Wars, the British-American epic that defined the imaginative limitations of two generations, is returning this year for what will be the first of an unlimited series of Lucas-free, Disney films. At a time when Westerners made no real engagement with Asian culture beyond racist caricatures like Charlie Chan and the perverted Japanese guy from 16 Candles, comes an example of Chinese martial arts cinema, passed off as a space opera: STAR WARS.

Join George Lucas as he turns chi (气), an energy field produced by all living things and combines it with the Dao (道)—the indescribable way things are—which in itself is inaccurate for the Dao, that which can be described is not the true Dao, and anglicizes this amalgamation into esoterica that is palatable to western audiences: THE FORCE. Watch as the yin and yang, male and emale, hot and cold, light and dark—the mutually compatible opposites that naturally flow into and from each other—become the incompatible Dark Side and the Light.

Follow Luke Skywalker, an orphan living in Baker, California, as he joins the last master of the Shaolin—I mean—a Jedi temple in his journey to master the way of the sword—uh—light saber. He will learn how to use qigong (气功), to jump through the air, in ways that mimic flight, as he faces the samurai helmeted man-robot that killed his master. But if such parallels don’t convince you that Star Wars is the greatest wuxia epic ever made…

From the nerds who brought you every wiki-site, for every fantasy series ever produced so that you wouldn’t have to read the book, comes the endless martial arts centered debate concerning Star Wars 7: LIGHT SABER CROSS GUARD. Watch as countless clickbait articles, Steven Colbert and your Facebook friends argue the impracticality of a cross guard on a light saber, while ignoring other impossible elements like aerodynamically impossible TIE Fighters flying through earthlike conditions, X Wings flying in earthlike conditions without tail rudders, a flying motorcycle shaped like a popsicle, laser weapons making sounds in the vacuum of space and why a black wizard capable of choking people, via Skype, would lose to a guy with only five years of training. 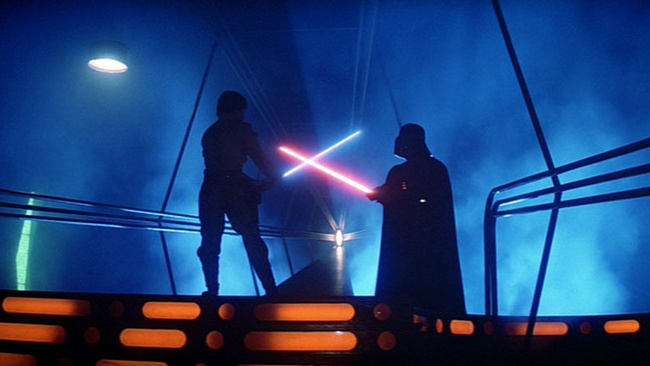 The original Star Wars came out just five years after Nixon’s visit with Mao, in Communist Red Socialist Marxist High Taxed No God No Guns No Forks China. What if—just what if—Star Wars was an attempt by the liberal, hippie Hollywood pot-loving anti-war filmmakers to secretly convert us to Taoism and make us bow down before their new-age scientology kabbalah? What if movies like Hero and Crouching Tiger Hidden Dragon are secretly prequels to the Star Wars prequels set in a time when light sabers were made of steel, Corusant still had trees and humans had yet to evolve into white people?

Oh the hatred. In an art form, like cinema, where Ferris Bueller only existed in Cameron’s head, where Snow White is a metaphor for cocaine, we must be aware of the Marxist Socialist attempts to mind control us into converting to Taoism: STAR WARS.