Why the UFC Needs a 125-Pound Women's Division 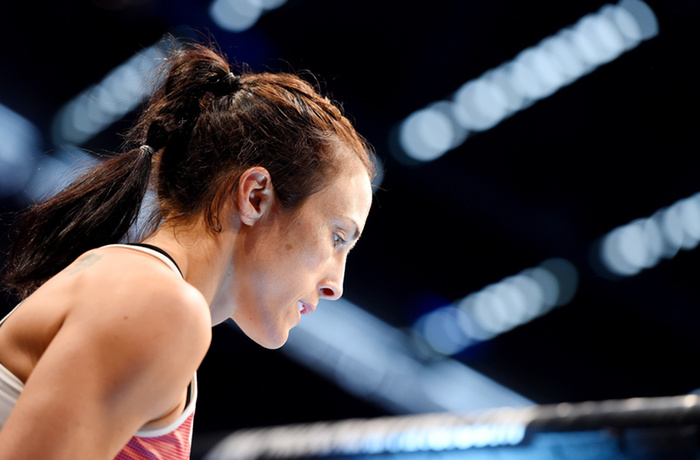 Yesterday the UFC announced that former strawweight title challenger Valérie Létourneau would meet Scottish Muay Thai specialist Joanne Calderwood at UFC Fight Night 89 on June 18 in Ottawa, Ontario. And without delay, the announcement of the "special flyweight attraction" made clear what this fight is as well as what it is not.

“The bout marks the UFC’s first ever women’s 125-pound fight, but is not the launch of a new division," a press release announcing the bout said. "UFC officials are looking into possibly opening a women’s flyweight division in the future, but until the time when or if such a division is permanently announced, there remain two women’s divisions (bantamweight and strawweight) and there will be no rankings set up for a 125-pound women’s class.”

It’s strange to at once single out Létourneau-Calderwood as breaking new ground at 125 pounds while emphasizing that it's not necessarily an omen of things to come, but it’s consistent with the UFC’s toe-in-the-water-first approach to women’s MMA so far. Recall that, upon a time and with an all-male fighter roster, the idea of welcoming women into the UFC was limited to an unrealized idea of showcase fights for Elite XC star Gina Carano. Then, after buying up Strikeforce, the UFC made room in the Octagon for Ronda Rousey and the rest of an inherited 135-pound women’s roster, which wound up on the marquee. Next, after a season-long push on The Ultimate Fighter, a legion of strawweights—including the 10-1 Calderwood—edged into the spotlight. With the long-delayed arrival of a 140-pound Cristiane “Cyborg” Justino at UFC 198 next month, the restrictions around women in MMA's most recognizable promotion are flimsier than ever.

UFC President Dana White invoked the idea of a women's flyweight class last fall ahead of UFC 193, where Létourneau lost a unanimous decision to strawweight champion Joanna Jedrzejczyk. And hopefully Létourneau-Calderwood is a trial run for a 125-pound weight class, because it's a huge benefit to the 50-plus female fighters already in the UFC as well as those to come.

Of course, tacking on weight classes can quickly become an eye roller, a way of imposing superficial prestige and significance via another shiny belt. After all, along with the alphabet soup of promotions pulling the strings, an overstock of weight classes separated by as little as three pounds is part of pro boxing's structural flaws. But moving up and down in weight, for good or ill, is a standard remedy for a fighter's career—usually it's a way to breathe life into stagnancy or open a window of opportunity after losing to an iron-fisted champion. And while fighters openly talk about dropping huge amounts of weight before battle—some have even celebrated it—we tend to forget that weight is most meaningful in the lower divisions, where each pound is a greater part of the whole. 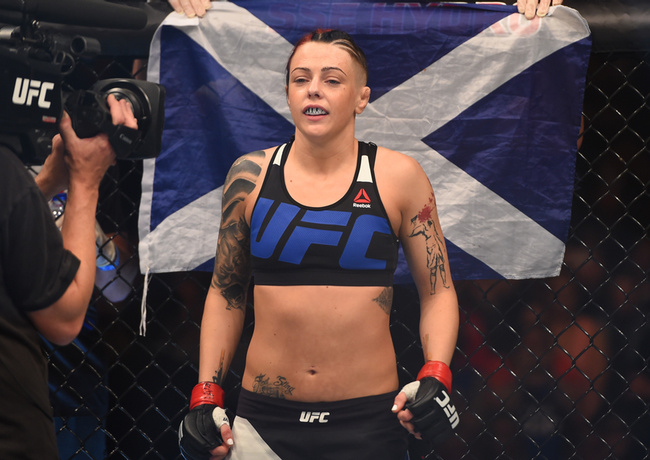 The 20-pound separation between bantamweight and strawweight is too enormous to cross. Assume—and, admittedly, it's an unlikely assumption—that a fighter steps on the scale at the same weight she steps into the Octagon. A strawweight would have to add more than 17 percent of her original body weight to jump to the 135-pound weight class—not far off from a male welterweight hopping straight to light heavyweight. Even if she managed to add those pounds, chances are she'd remain undersized and dealing with a performance deficit against her new division's naturally larger fighters. At 115 pounds, there aren't many female Anthony Johnsons with physical frames waiting to be unburdened by the scale.

Meanwhile, a bantamweight fighter would have to lose nearly 15 percent of her bodyweight to make 115 pounds, an unhealthy proposition considering the tricks a fighter tends to use to drop those pounds. (Létourneau herself looked drawn-out at the UFC 193 weigh-ins.) Just take a side-by-side look at Jedrzejczyk and any of the last three 135-pound women's champions. Clearly, the physical differences in those 20 pounds cut to the bone.

A 125-pound class affords an option in the middle, a sensible compromise that's only fair in light of the 15- to 20-pound gaps that exist in the men’s heftier divisions. It’s not perfect—adding another weight class without adding more fighters overall would dilute the existing 115- and 135- rosters—but it's different from adding a weight class at the margins where talent grows thin. Beyond drawing from the existing UFC women's divisions, Invicta FC—the UFC’s feeder league for female fighters and former home to Calderwood—already possesses a flyweight class that matchmakers could headhunt. And beyond how practical its addition would be, a 125-pound division sends a meaningful message: the home for women under MMA's largest banner would grow a little more welcoming and a little larger, or at least find a way to the middle.

Should Breast Size Be Factored Into MMA Weightclasses?