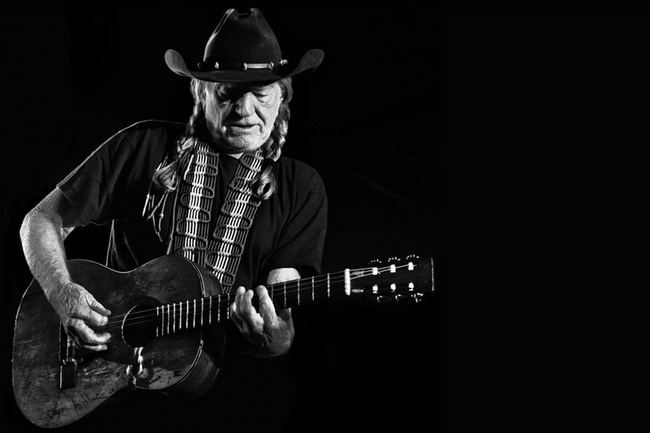 Stoners and the elderly aren’t particularly known, on the whole, for their rigorous physical discipline but, just in time for 420—and his 81st birthday—Willie Nelson has made one hell of announcement that flies in the face of all of those stereotypes: the weed and country music icon is about to receive a fifth-degree black belt. According to pretty much every major country music website, Nelson will receive said fifth-degree black belt in Gong Kwon Yu Sul from Master Sam Um in Austin, Texas on April 27, just two days before The Red Headed Stranger turns 81.

The singer, as it turns out, is a bit of a jock and a long-term martial arts geek. In a 2012 interview, the then 79-year-old (and then second degree black belt) told The Telegraph, “I have always been interested in keeping fit and doing boxing and wrestling. As a youngster, I loved Charles Atlas, Bruce Lee and Kung Fu. But when I lived in Nashville, I switched to doing Taekwondo.” 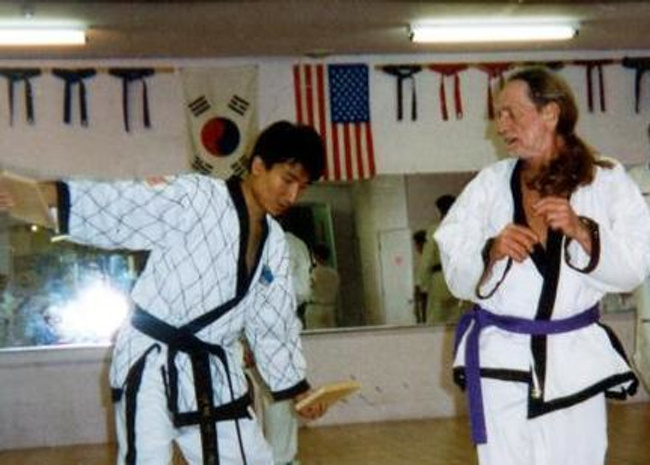 Nelson has been training with his current Taekwondo and Gong Kwon Yu Sul instructor Master Sam Um, a 7th Dan Black Belt in Taekwondo in Austin for twenty years now. According to a recent column in The Houston Chronicle, he first showed up at Um’s dojo to register his whole family for lessons. But long after his kids grew up and moved on, Willie stuck with it. Master and student became friends and the student even agreed to star in Fighting With Anger, the martial arts flick that Master Um wrote and directed in 2007.

Nelson’s primary discipline these days is Gong Kwon Yu Sul. Founded in 1996 by Kang Jun, the Korean martial art combines elements of Hapkido, jiu-jitsu, judo and Kyuktooki (Korean-style Muay Thai). It’s a physically demanding martial art at any age and Um was initially concerned that his new pupil, who was already in his sixties at that point, would hurt himself training on the dojo’s wooden floors. But Nelson proved himself to be both resilient and dedicated.

“At first I wanted to go easy on him and he did everything,” the Grand Master Um told The Houston Chronicle. “He’s my oldest student. Most people stop training in their forties. He comes to work out when he’s in town for a show or recording.”

When Willie’s on the road again, he practices on his tour bus and in whatever parks he can find. Which means that, if the man is performing in your town, you have a legitimate chance of coming upon Willie Nelson practicing roundhouse kicks, takedowns and arm bars in your local park. He also films those sessions and sends them back to Um for evaluation.

“The man has great discipline,” Um also told the Chronicle. “He shows up on time and he’s always ready to train.”

Even after a lifetime of dabbling and two solid decades’ worth of dedicated martial arts training, though, Nelson still insists that singing is the best exercise of all, telling the Telegraph that “two hours a day will keep you in pretty good shape.”

It sounds a little ridiculous, but I’m not about to argue with a soon-to-be fifth degree black belt.