With Derek Brunson Out, Uriah Hall Steps Up Only a Month After Last Fight 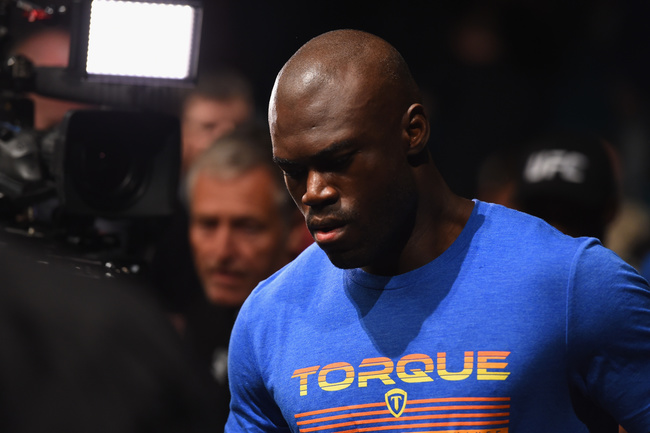 The injury bug strikes the Ultimate Fighting Championship’s Fight Night: Jedrzejczyk vs. Penne in Berlin, Germany yet again. Earlier this week we learned the news that welterweight Peter Sobotta will no longer be facing Sergio “The Panther” Moraes as the 32-year-old Brazilian has to withdraw due to an injury in his back.

Stepping in will be Australian Steve Kennedy, a black belt in Brazilian jiu jitsu with experience as a professional boxer.

The latest injury affects 31-year-old North Carolinian middleweight Derek Brunson, riding a two-win streak, who was slated to face Krzysztof Jotko. The American injured his rib. Stepping in will be The Ultimate Fighter 17 runner up Uriah Hall.

Despite having lost in the show’s finale to Kelvin Gastelum, Hall achieved the UFC contract in 2013. Getting a slow start in the Octagon, Hall was able to shake off low expectations by scoring three back-to-back wins over Chris Leben, Thiago Santos and Ron Stallings. He lost his last fight to Rafael Natal in a split decision at UFC 187 just a few weeks ago.

25-year-old Krzysztof Jotko had a spectacular, undefeated run counting 13 wins that landed him in the UFC’s famed Octagon, where he debuted in December of 2013 versus Bruno Santos. He was successful in his inaugural fight, taking the win via unanimous decision. He was submitted in May of 2014 by Magnus Cedenblad, but regained his momentum with a unanimous decision win over Tor Troeng in October of 2014.

Where's Your Head At: Uriah Hall and the Intangibles of Fighting