Without Cigano, Miocic or Arlovski to Challenge Werdum 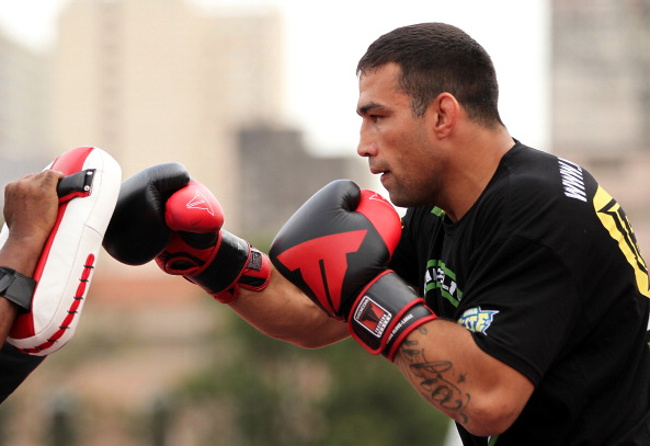 Fabricio Werdum’s triumphant performance versus Cain Velasquez sent ripples through the fabric of the mixed martial arts community. Ahead of the UFC 188 heavyweight title showdown, most put their money on Cain. He was, after all, the “real” champion and Werdum was someone who got lucky when Cain got injured. Javier Mendez and Luke Rockhold ate their words after Werdum disposed of their king in the third round.

After the fight, the question looming dealt with who would be the next challenger to Werdum’s unified heavyweight title. Junior Cigano for one thought he should be the next in line. He viewed his defeat of Werdum years ago as the reasonable logic to slate him next. Ranked second after Cain Velasquez, the Brazilian heavyweight suffered destruction on two separate occasions versus the Mexican American athlete. In 2008, however, Werdum and Cigano fought and JDS went home with a knockout win.

JDS told Planeta SporTV that UFC 188’s results benefit him: I can’t say I was rooting for either Werdum or Velasquez, I didn’t care who won.  What they were saying, though, was that it wasn’t the time for a fourth fight versus Velasquez. I was fighting politics…I think Werdum’s win cleans things up some, gives renewal to the division, and I could have that chance that I so badly want soon.”

JDS last fought Stipe Miocic, whom he defeated in a highly contested battle that ended with the unanimous decision in his favor. Miocic, however, cemented himself as a true contender to the heavyweight summit, and it would appear that he might even surpass JDS in the challenger’s line.

Speaking to fans on the internet, UFC president Dana White expressed that the intention was indeed to grant JDS the shot at Werdum, but that JDS is currently injured. As such and according to Dana, Werdum’s next challenger will be either Miocic or Andrei Arlovski. Miocic’s last fight saw him obliterate New Zealand’s Mark Hunt, forcing officials and fans alike to question the future of the 41-year-old’s future in the Octagon. Arlovski’s last fight saw him take on friend and former teammate Travis Browne. Arlovski rocked Browne with a flurry of massive combinations, ending the fight at the tail-end of the first round via technical knockout.

To celebrate Friday and Werdum’s title, check out this spectacular video of Vai Cavalo squaring off with middleweight contender Jacaré Souza in the 2004 Jiu Jitsu World Cup, in Salvador, Bahia.