WMMA's Past and Future: Will Gina Carano Return? 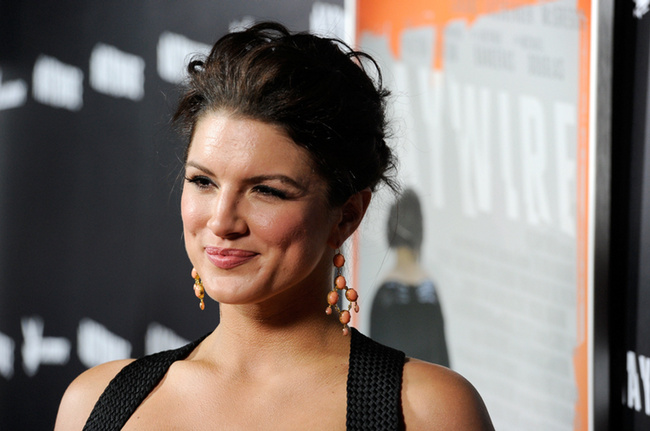 On paper, a fighter who has been out of action for almost five years following a devastating TKO loss to her last opponent—and a fighter who had issues making weight at the best of times—hardly seems like the best possible use of the UFC’s money and effort. Gina Carano has never been just a fighter, though. Her contributions to MMA have always been greater than her record or the sum of her parts as a mixed martial artist. And signing Gina Carano to the UFC in 2014—a deal that Dana White has told ESPN could happen by the end of next week—isn’t just an investment in the fighter-turned-actor herself, it’s an investment in the legacy of women’s MMA.

Although Carano was never really comfortable with the title, she was, indisputably, “The Face of Women’s MMA” from her professional debut in 2006 to her knockout loss to Cristiane “Cyborg” Justino in August of 2009. She was the first female mixed martial artist to garner significant mainstream attention, and she managed to appeal to both casual fans and serious MMA geeks with her mix of good looks and charisma and brutally precise striking skills.

She wasn’t universally adored. Her struggles to make weight for fights were notorious and her critics argued that both the EliteXC and Strikeforce promotions were protecting her from more challenging fights. Her commitment to the sport came in to question more and more as she drifted away from the cage to pursue entertainment opportunities like the revamped American Gladiators in 2008 and Haywire, a film that Steven Soderbergh made specifically to celebrate her physical skillset, in 2011.

Even Carano’s inability to resist the siren song of Hollywood benefited women’s MMA, though, in the sense that it brought even more exposure to the sport. People who never would have considered watching two women duke it out in a cage began to research the woman who kicked so much ass on TV and in films like Haywire and Fast and the Furious 6, and even those who didn’t become fans of her former (and possibly future) career at least developed an awareness of it—and maybe even a respect for it. 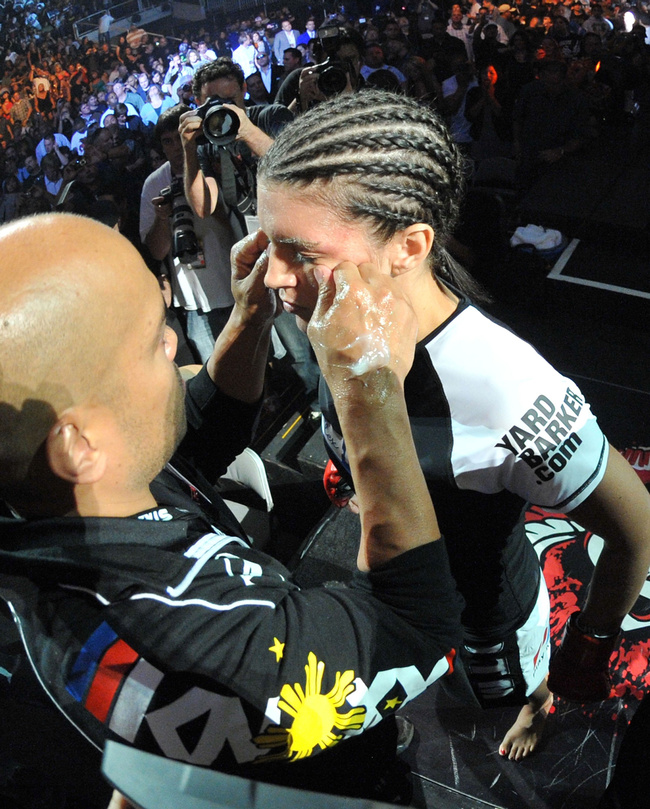 Carano was never just an empty figurehead, though. She made her biggest impact on the sport when she was actually in the cage, and we’re still enjoying the influence of her groundbreaking efforts today. By being the most dominant and viable WMMA champion of her time, she inspired the most dominant and viable champion of our time. It was Carano’s February 2007 fight against Julie Kedzie in EliteXC, which aired on Showtime, that first inspired Ronda Rousey to consider MMA.

As Rousey told reporters in June, Carano vs Kedzie was the first women’s MMA fight that she ever saw. “Not only did I admire what [Carano] was doing, but also I was blown away by the reaction the guys were giving them, and, I just remember sitting there and thinking, ‘I could totally beat both of these chicks,” Rousey said of the experience.

Rousey has said that Carano is the one fight she must have before she retires, and Carano has stated that Rousey is the one fight she would come back for. Even though there are other worthy candidates waiting for their shots at Rousey’s title, like the recently signed Holly Holm, the returning Cat Zingano, and Cyborg, the women who literally and figuratively knocked Carano out of MMA five years ago, a Rousey vs Carano bout is one of the most important things to could happen to women’s MMA.

First of all, it would be an undeniably huge draw, and cement the commercial appeal of the sport. More importantly, though, it would establish women’s MMA as a combat sport with a rich and compelling history.

Whether it’s master vs student or old guard vs new guard, every fighting art has its torch-passing story. Boxing has Rocky Marciano’s decisive defeat of Joe Louis and Manny Pacquiao’s victory over Oscar De La Hoya. Men’s MMA has Brock Lesnar knocking out Randy Couture to become the UFC Heavyweight Champion and Matt Hughes’s triumph over UFC and BJJ legend Royce Gracie. Hell, even scripted combat like pro-wrestling has Hulk Hogan beating Andre the Giant at Wrestlemania 3 and The Rock defeating Hulk Hogan at Wrestlemania 18.

By pitting the original face of women’s MMA against the current face of women’s MMA, the UFC would be setting up WMMA’s first major contribution to that tradition. If (or when) Rousey and Carano face each other in the Octagon, one of two things will happen: Carano, the clear underdog, will pull off an upset and redeem herself as a fighter who was, at least temporarily, turned her back on Hollywood to return to her MMA roots, or Rousey will beat her just as brutally as she’s beaten all of her other opponents and women’s MMA will have its first major passing of the torch.