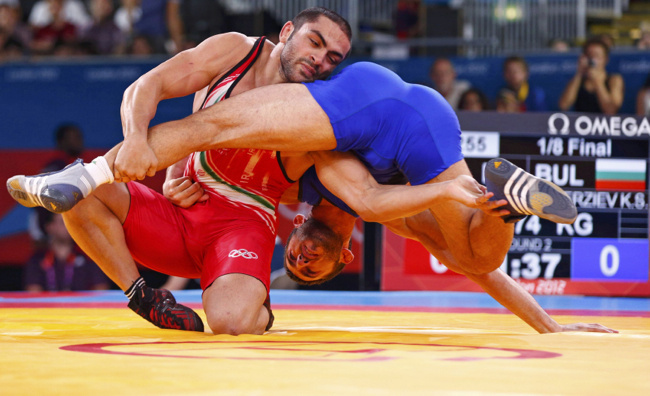 It’s been another interesting week for homosexuality in sports. After the unseemly stew of bigotry and generosity that percolated up around the Super Bowl (with some NFL players coming out against tolerance only after they’d come out for it – like John Kerry and the Iraq War), this week has been quieter, but just barely.

On the positive front, US National Team soccer player Robbie Rogers publicly came out in a recent blog post. In it, Rogers bemoans the “internal damage” he had caused himself over the years by keeping his sexuality a secret, damage perpetuated by fear – “Fear that judgment and rejection would hold me back from my dreams and aspirations,” Rogers wrote. “Fear that my loved ones would be farthest from me if they knew my secret.” Calling soccer his “escape” and the thing that “hid my secret,” Rogers concluded his post by saying he would be walking away from the sport, “to discover myself away from football.”

On the far less positive front, there was the news that evangelical second-string NFL quarterback Tim Tebow would be speaking at the First Dallas Baptist megachurch in Dallas in April. As far as I know, Tebow, who famously wears his faith out in the open for anyone to see, has been silent on the issue of homosexuality and gay marriage. First Dallas, on the other hand, has not. The church’s pastor, the Very Very Right Reverend Robert Jeffress, has repeatedly drawn parallels between homosexuality and pedophilia and accuses homosexuals (with the help of the media, which, I can only assume, Jeffress thinks is made up entirely of homosexuals anyway) of brainwashing the American public – through something called a “planned psychological attack” and reruns of Will and Grace -- into believing that homosexuality isn't an abhorrent perversion of the human spirit.

Finally there was this dismal bit of news out of Russia: Apparently amateur wrestling coach Vladimir Uruimagov has discovered the real culprit behind the International Olympic Committee’s controversial proposal made earlier this week to drop wrestling after the 2016 Olympics: gay people.

In an interview with the R-Sports agency, Uruimagov claimed there is conspiracy on the committee – which, he said, “is headed by representatives of these minorities (homosexuals)” – to emasculate the world and that the next step in that emasculation process is getting rid of the world’s manliest sport. The fate of the very world, not just wrestling, Uruimagov sputtered, is at stake.

“If they expel wrestling now, that means that gays will soon run the whole world.”

Personally, I don't see any problem with "the gays" running the world, but considering the fact that Russian is about to pass a bill that would ban the distribution of “gay propaganda” to minors, it’s no surprise that one of its citizens would be unashamed about painting his personal bigotry as a wake-up call to the world and an act of high altruism. So far the response of the American wrestling community – including many MMA fighters – to the IOC’s proposal to get rid of wrestling has been full-throated and defiant. Let’s hope they show the same enthusiasm in shouting down the Vladimir Uruimagovs of the world.