Wrestling with Greatness: The Year in Fight Films 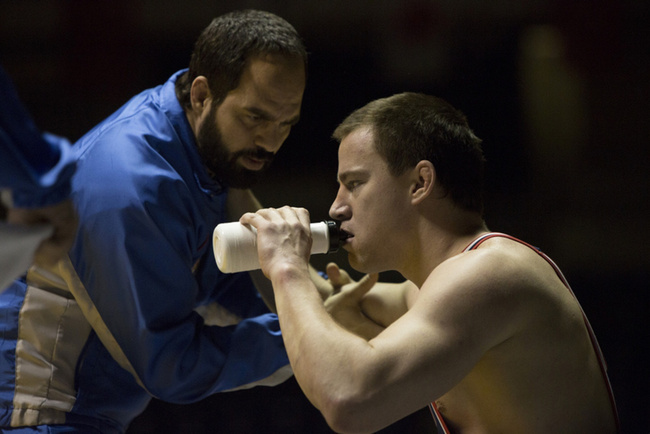 The state of the fight film in 2014 was best represented by a battle between the artistic achievements of two Canadian martial arts champions-turned-filmmakers.

In one corner, hailing from London, Ontario (and acting out of California) we have Cody Hackman, a multi-time karate champion-turned actor who wrote and starred in Tapped Out.

And in the other corner, hailing from Nova Scotia, we have Elliot “White Lightening” Scott, a karate and kickboxing champ who films low-budget epics and dreams of becoming Canada’s answer to Chuck Norris and the subject of the documentary Kung Fu Elliot.

Hackman’s Tapped Out puts up a good fight. The film, which was billed (and, to a certain extent, hailed) as a Karate Kid for the MMA age, is a charmingly earnest tale of a troubled young man who finds structure and meaning in the world of martial arts, trains hard, and achieves his goals. And it features adorable cameos from Anderson Silva and Lyoto Machida. It’s what his countryman Elliot Scott calls “respectable cheese”: a karate movie that realizes it’s a bit ridiculous, but still remains sincere in its efforts, a slightly higher budget and less carnage-ridden version of what he’s trying to achieve with his film, Blood Fight. But it’s less of a brilliant return to the glory days of family-friendly ‘80s karate classics than it is an endearing anachronism.

There’s nothing about the culture of fighting in 2014—or the world in general—that’s as simple as Tapped Out would like it to be. It’s complex, messy, exciting, and frustrating, with very few clear-cut heroes and villains. In boxing, Floyd Mayweather’s behavior continued to overshadow his performance in the ring and challenged many fans’ ability to separate the art from the artist, and actor Mickey Rourke somehow managed to turn his undeniably genuine love of the sport into a perverse mockery. Mike Tyson may have literally become a cartoon, but his interview appearances, both good and bad, consistently reminded people that he’s a far more complex and troubled human being than his increasingly caricatured public persona suggests.

In MMA—a sport which, despite its purported “human cockfighting” origins, has always been incredibly earnest and invested in dominance of good over evil—the straightforward narratives of the plucky underdog Royce Gracie, the white knight GSP, and The Natural Randy Couture have given way to something murkier and more nuanced. The current faces of MMA, particularly Ronda Rousey and Jon Jones, aren’t as easy to unabashedly celebrate. They’re flawed, contradictory, fascinating and polarizing, as utterly human outside of the cage as they are inhuman inside it.

Kung Fu Elliot, when you peel back the layers of the doc’s American Movie-turned-something-darker storyline, isn’t even technically about a fighter at all, but it’s the fight film we needed and deserved this year. It’s almost the perfect metaphor for the struggle between our current martial arts dreams and our current martial arts reality. The self-proclaimed master Elliot’s vision of himself is everything that we wish martial arts could be: pure, perfect, unimpeachable and undefeatable. But Elliot’s inflated sense of self-worth fares about as well in the real world as martial arts idealism does.

In Kung Fu Elliot greatness is an abstract concept at best. Elliot certainly believes that he’s great—and his love of martial arts is genuine, if imperfectly practiced—but that inflated self-importance is no match for reality. It’s the traditional fight narrative in reverse: the star begins as a (fairly) well-respected hero and champion then slowly devolves into a hopeless, petulant brat.

In the real world, the quest toward greatness is never as simple as finding a Mr. Miyaga to mentor you, working hard, then succeeding. And, even if it were, the story wouldn’t end there. The best fight films this year were the ones that embraced and explored that in some way, and offered no easy answers in the process.

In Foxcatcher, Mark Schultz is already an Olympic gold medalist wrestler, but it’s not enough. He longs for the credibility and fame that his older brother Dave, also an Olympic gold medalist has. He finds a dangerous counterpoint in John du Pont, the wealthy (so, you know, a champion by any modern American standards) heir to the du Pont fortune, who also dreams of reaching some loftier level of patriotism and heroism.

In Maori martial arts epic The Dead Lands, a young warrior named Hongi finds himself on a fairly traditional fight film journey with very untraditional consequences: his quest to avenge his slaughtered tribe is as much philosophical as it is physical. Every act of vengeance and violence is met with an equal amount of soul-searching on the purpose of violence and honor at all.

And then there’s Whiplash. It’s not actually a fight film at all—it’s about a driven young jazz drummer—but it earns honorary status because it’s the closest thing to a Miyagi-like mentorship narrative that we had this year. Whiplash’s mentor, the terrifying Fletcher, is basically Mr. Miyagi on steroids, with a brutal case of ‘roid rage, a man who doesn’t believe in praise and ruthlessly pushes his promising pupil to equal levels of brilliance and insanity and pushes its audience to question the entire practice—and limits—of sacrifice in the name of being the best.

In the ring, barring the occasional questionable judging decision, there are definitive endings. We know who wins and who loses. And we know why. But everything that leads a fighter to and from that point is not even close to that simple. Traditionally, the best fight films have happened in the spirit of combat itself and all of the certainty that comes with it. But this year, fight films stepped out of the cage and started wrestling with some more elusive opponents.