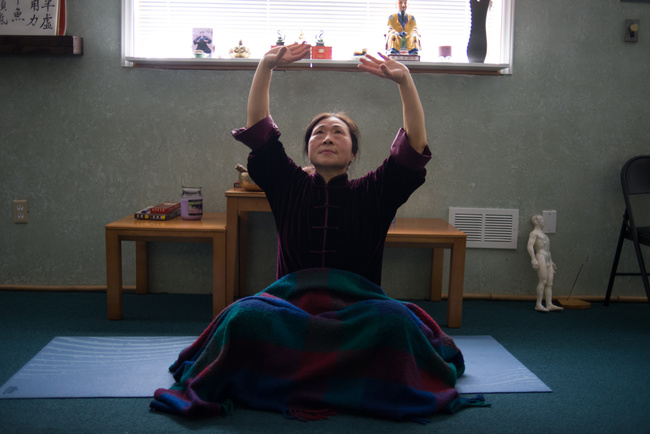 It is an ongoing debate whether or not traditional martial arts have relevancy in the current landscape of mixed-martial-arts. Many of its naysayers will point to lack of presence in the competitive stage and the resumes of champions to disrobe its legitimacy. On the other hand, certain TMA defenders will scoff at the notion of competition or argue the aggression of modern MMA runs contrast to the peaceful cultivation of true martial artists. Like most things in the world, the truth is usually found somewhere in the middle, and it is here where I find the Wudang Internal Martial Arts Academy, a small martial arts studio in South Seattle that uses a balanced approach to shine some much needed light on the matter.

The International Wudang Internal Martial Arts Academy is run by two masters: Dr. Lu Mei-Hui and Master Chang Wu Na, both whom are disciples of the current headmaster of Wudang Pai martial arts, sifu Ma Jie. The origins of Wudang Dan Pai martial arts originate from the Wudang Mountains of the Hubei Province in China, hence the name. The discipline falls under the umbrella term of “internal martial arts” which is a practice of developing the internal aspects of the human body in accordance with the external. Martial arts like qigong or Aikido should ring a bell. A more specific focus of this academy is on the Wudang Chuan, which is a combination of three classic Chinese boxing styles—T’ai chi chuan, Xing-Yi Chuan and Bagua Zhang—each with very keen distinctions between them. 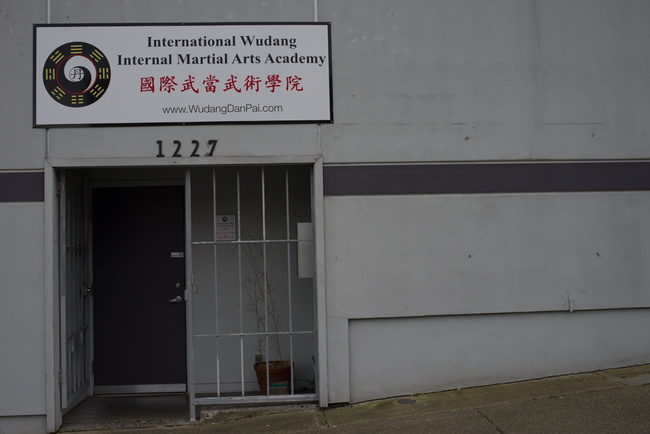 T’ai chi chuan, or more popularly known as “Tai chi”, employs slow, fluid and graceful movements, and is commonly known as a martial art that elders practice in a public park. Xing-Yi uses direct and more aggressive burst movements at short range where intention is clearly stated, while in Bagua Zhang, practitioners walk in circular pattern following an eight-trigram octagonal shape, and strikes and grappling techniques are more concealed. Though Tai-Chi may be the more recognizable by name alone, the other two styles have made plenty of appearance in the media, such as Bagua Zhang inspiring the fighting form of Nickelodean’s Airbender, and the “good” and “evil” characters in the Jet Li film The One adopting both Bagua Zhang and Xing-Yi, respectively. The presence of these forms in the movies, however, is what appears to be part of the problem.

“The problem is a lot of people nowadays get involved because of how pretty it looks, so they’re not interested in the fighting technique. That’s one aspect. And then sometimes you have other people, who unfortunately because of circumstance, their understanding of the application is not so great and they go off and become teachers and become representatives and it kind of spreads a misunderstanding of Chinese martial arts,” says Master Chang. “Particularly when it comes to tai-chi. ‘It goes so slowly, it’s so soft. Focus on meditation and focus on moving chi,’ he continues, imitating modern day masters. “It becomes a lot of misunderstanding. It shouldn’t be the way it is. Instead, everything should be very practical.”

“I think the most important thing that I would like you to understand is that Chinese internal martial art should not just be for health cultivation. We should go back to the root of what martial arts is: martial,” says Dr. Lu. “Of course there should be a martial component, there has to be yong, an application. Without application, all the forms are empty. It becomes dancing.” 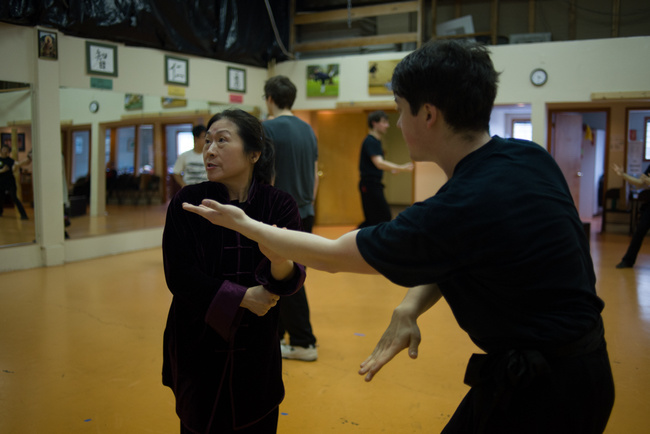 Dr. Lu looks and speaks like a kind grandmother, though there is also an underlying sense of firmness to her demeanor. Master Chang, on the other hand, is considerably younger and speaks in a manner more in tune with my generation. Both have a considerable number of traditional martial arts championships between them, and based on their written resumes alone, their abilities could be lethal. But I’ve always been a bit skeptical of the claims from traditional martial art camps, especially when it comes to traditions that involve backgrounds that sound almost like folklore. Many of those doubts, however, are addressed when Dr. Lu invites me to participate in a couple of their courses.

About halfway through a tai-chi class, the doctor places her hands above my wrists and instructs me to move them. I make a decent effort to do so and fail. She tells me to try again. I take in a deep breath, reassess my approach and push harder. About fifteen-seconds in, I begin to break a sweat, but her hands don’t budge. Now I’m not saying that I’m the strongest person in the world, but I am in my 30s with plenty of boxing and jiu-jitsu experience under my belt and I cannot move this 64-year old woman’s hands.

Afterwards, I stick around for a self-defense seminar led by Master Chang, and during one of the drills, we’re instructed to place the base of our palm below the ridge of our opponents’ nose and flip back their head. The intended effect is to throw the opponent off-balance with a simple flick of the wrist. I try the movement a few times but the best I can get is maybe an exaggerated head-nod from my partner. Master Chang comes by and lightly places his hand under my philtrum, then flips my head back with such a sudden and abrupt force that I would have toppled over had he not caught me with his other hand. I’m told in both instances that I’m focusing too much on the force and not enough on the technique. I’m sure some of the amazement of those feats could be attributed to it being a planned drill, but planned or not, the displayed knowledge of body placement and mechanics is impressive. 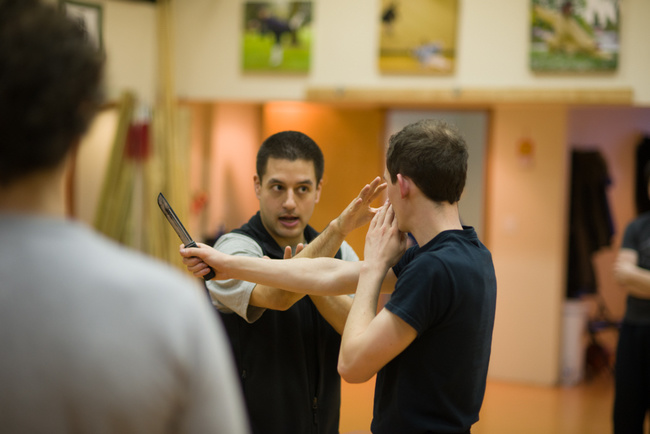 Despite my failed attempts, both Dr. Lu and Master Chang compliment my showing and ask if I’ve had any martial arts training in the past. I tell them my background is in western boxing and some Brazilian Jiu-Jitsu, and that most of my contact with martial arts exists within televised competitive fighting styles, making my exposure to the traditional martial arts limited. Naturally, a discussion on the topic ensues.

“It’s kind of a complex answer. One part is that in China, MMA is just starting to gain some traction and popularity and in the past there hasn’t been that much enthusiasm, that’s number one. Number two is that the methodology, not everyone agrees with. For example, Brazilian jiu-jitsu, rolling on the ground, that’s kind of been met with some derision amongst the Chinese. It’s starting to change now, but in the past that’s been the case.” 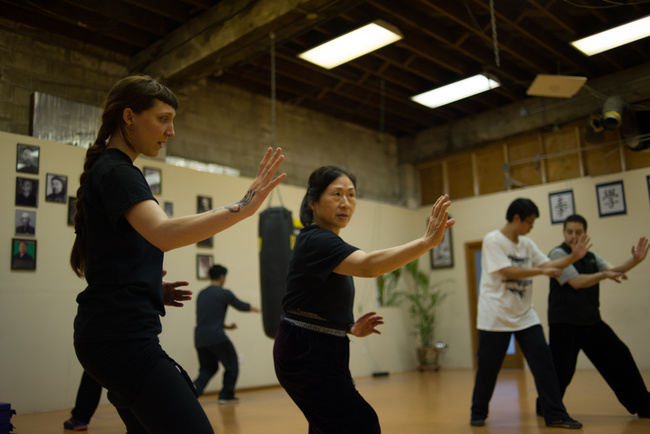 I bring up the argument of how the lack of presence on a competitive stage like cage fighting suggests a notion that traditional marital arts are ineffective. After all, the original intention of the UFC was to prove which fighting style reigned supreme. Master Chang had different thoughts on the matter.

“Well there are a lot of martial arts that are very useful that are not proven in the cage. I don’t see a lot of people that do Pencak Silat or Krav Maga in the cage,” Master Chang starts. “The people who enter the cage are those that do western boxing, Brazilian jiu-jitsu and a little bit of muay-thai, and they go in, with an emphasis on the Brazilian jiu-jitsu, the ground fighting. You have to have that. You can be garbage with the hands and you can be garbage with the legs, but if you can put the guy on the ground, then you can finish him that way. That works extremely well in the competitive environment. In other situations, it’s not necessarily called for. In a combat zone where you have people with machine guns, for example, things like Krav Maga, or Pencak Silat, work very very well. The Marines they have their style of marital arts called LINE. None of those things have been proven in the cage either, but they’re employed by governments to be used in combat zones, so just because it’s not proven in the cage does not mean it’s not an effective martial art.” 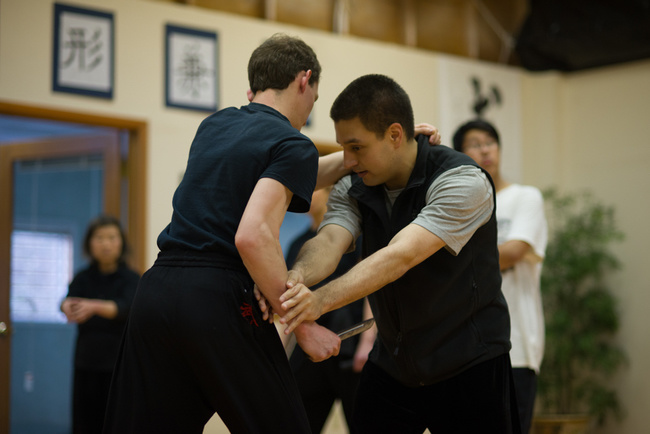 He brings up a valid point. Intention should always be taken into account when discussing the legitimacy of a fighting practice, and a controlled environment is entirely different from one that is life-and-death. But I’d also argue that televised matches are an undeniable testimony to displaying the efficacy of a fighting style, and unless one is personal witness to a real-life situation, the evidence becomes hearsay. Without a way to truly simulate the latter scenario, I guess that is a bridge remaining to be built between the two worlds. But it is a misnomer that this difference puts the two approaches at odds and also a gross generalization that all traditional martial artists scoff at the styles of competitive fighting. At least in the case of the Wudang academy, there are ways in which the two can inform one another.

“Personally, I have respect for all styles of martial arts because they must have their reasons why they’re set up that way,” says Dr. Lu when I ask her opinions on other competitive fighting styles. “For example, boxing is very good. I also trained for a while in kickboxing and I like it. I use it as a yong, to apply. When I need to fight, I use the technique. But I would not use that to nurture my health.”

Her claims of training in experienced competitive fighting arenas are not unfounded. She once taught English to Anatoli Rubin, the former head coach for the Olympic boxing team of the Soviet Union, and received boxing instruction during the language exchange. She also spent some time training with professional kickboxer Iro Evanson, and holds a vast library of knowledge to a variety of fighting styles. In regards to her comment about health, it is worth mentioning that she is also a certified practitioner of Chinese medicine and acupuncture, two elements that are incorporated into her approach to fighting.

“A lot of people claim that they have trained for a certain number of years in this and that, and when they come to us it turns out they were patients. They were very sick,” says Dr. Lu when I ask how a focus on how health cultivation affects a fighter. “They are good fighters, no doubt. I’ll never deny that, but when it comes to internal strength, they have to work on this.” 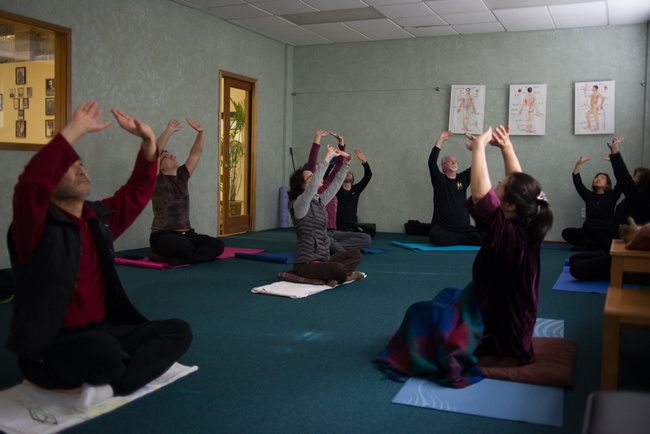 Much like Fightland’s piece on “Breaking and Healing in Martial Arts”, the focus of the Wudang is set upon both the fighting ability and physical well being of their students. However, they also contest that integrating the softer, healing elements of martial arts will actually enhance the harder and more aggressive aspects of competitive fighting. At least for Wudang, the debate between traditional martial arts and competitive martial arts is kind of a moot point. They are essentially two sides of the same coin.

“Yin Yang theory is a crucial part of the core in Chinese philosophical system. It states how ancient Chinese categorized the energies in everything. Yin and Yang are two contrasted concepts. Based on the theory, these two energies embrace each other, support each other and also confront each other. They coexist and there should be balance between them. Overpowering of one of them will harm the other,” says Dr. Lu. “If there’s only yin, there’s no yang. If there’s no yang, there’s no yin. There has to be two. Without knowing how to be soft, it’s very difficult for you to issue the hard energy. So that’s why both hard energy and soft energy have to be cultivated and applied in combative situations.”