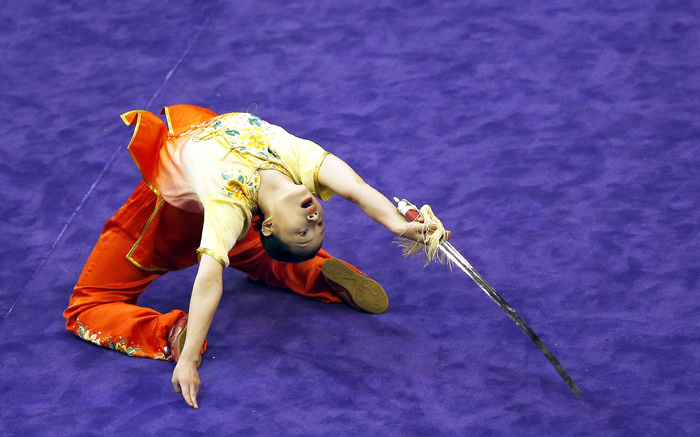 Earlier in November, one of the world’s biggest martial arts tournaments just took place in Jakarta, Indonesia and it’s likely you hadn’t heard of it.

The 13th edition of the World Wushu Championships was a marked success for the art was and very much an international affair. While wushu is often associatied with China and its other territories in the region—and quite rightly so—medals were earned from 33 other countries in the tournament.

These choreographed routines are judged for accuracy and technique as they display fighting and defensive manoeuvres with their weapons in front of an awestruck audience. It’s an impressive combination of gymnastics, agility and body mastery—with the spinning and flying moves on show reminiscent of those you would see in Jet Li and Jackie Chan films: two of wushu’s most famous practitioners, with the former being the sport’s official global ambassador.

When wushu is mentioned in the same breath as mixed martial arts, fans of MMA often rubbish the idea of those ancient techniques being used in the modern arena for combatants. However, Sanda, a form of kickboxing which incorporates wrestling, is another discipline incorporated within wushu. 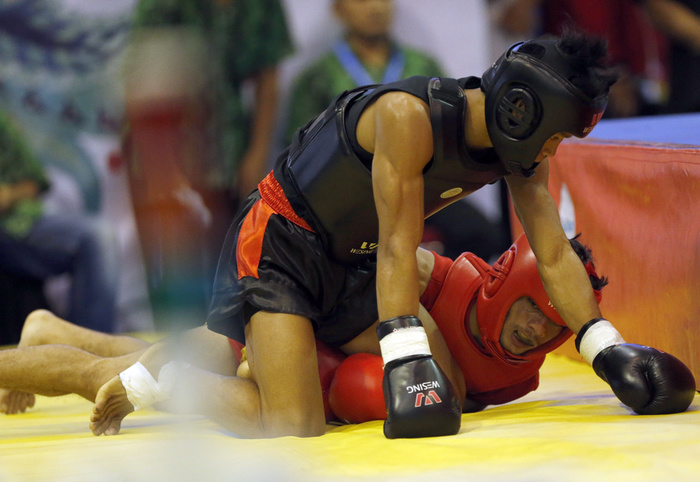 Otherwise known as Sanshou, former Strikeforce middleweight champion Cung Le is considered one of the best sanshou fighters to live on the planet and certainly made a splash in MMA despite only entering the sport in his mid-thirties.

Despite wushu’s obvious links to Chinese tradition, the medals table alone suggests there is international interest as the art’s hierarchy try to help ease wushu’s transition from an ancient combat discipline to a legitimized sport with an international federation and worldwide participation.

The ultimate objective for wushu is to become a staple in the Olympics’ sporting schedule, much like rival martial arts Taekwondo, Judo and Karate. However, the International Wushu Federation’s goal of achieving this took a huge hit when wushu was removed from the shortlist of new sports to be included in the 2020 Olympics in Tokyo, Japan.

There are many reasons for the IWF’s attraction in earning recognition from the International Olympic Committee: it’s a great way of legitimizing wushu as a modern-day sport and there’s an even bigger monetary incentive upon achieving such status.

Despite Russia and Iran emerging as world wushu powers, international teams based in countries outside of east Asia have found it difficult to acquire the necessary funding needed, given the relative lack of attention wushu receives in other areas of the world. With sponsorship hard to come by, funding from the Olympics would really help the IWF address these issues and funding could be provided to these ailing countries’ local wushu scenes.

However, with a record of over 600 athletes participating and thousands of fans watching the action unfold online, international wushu has never been so popular. The sport has already been introduced to the Asian Indoor and Martial Arts Games by the Asian Olympic Commission and the federation in charge of promoting wushu as a legitimate discipline fit for the world stage is confident they can earn a spot in the 2024 Olympics.