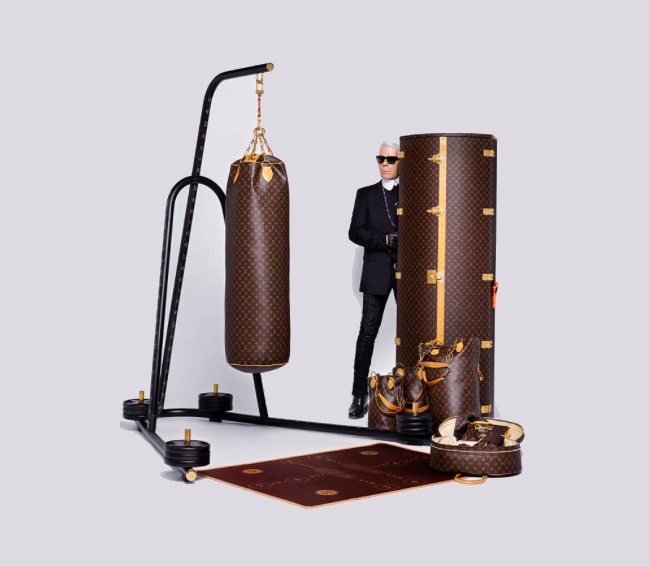 Boxing is so hot right now.

This past summer, Lagerfeld, who is the head designer of Chanel, shot a fall/winter campaign for the French label that featured up and coming model Binx Walton and model/Taylor Swift BFF of the moment Cara Delevingne (and her magnificent eyebrows) flouncing around a semi-industrial looking boxing gym in a series of sportswear-influenced outfits. 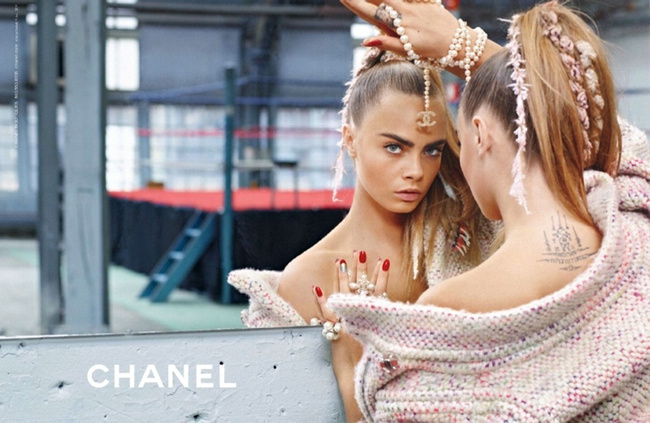 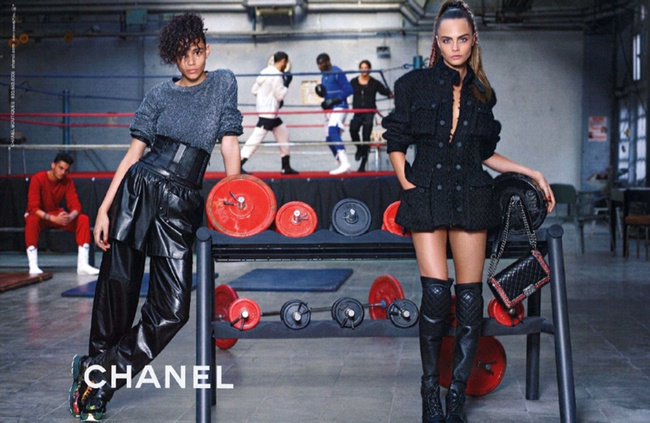 Chanel continued that theme with a boxing gym-inspired pop up shop inside the luxury department store Bergdorf Goodman, complete with chain-link fence accents and dumbbells.

Earlier this month, the fashion icon and star of Grand Theft Auto IV took his recently-acquired boxing fixation to the next level with his contribution to Luis Vuitton’s Celebrating Monogram Collection: boxing gloves and a heavy bag bearing the French fashion house’s famous monogram design.

The punching bag and its accompanying accessories, which retail for $175,000 (the gloves can be purchased separately for a mere $6000), has inspired a wide range of reactions from a wide range of people. The fashion press’s response to the concept, which includes articles from industry heavyweights like Vogue, The Cut, and the New York Times, fluctuates between curiosity and mild amusement. Boxers like the UK’s Ricky Hatton don’t seem particularly impressed by the whole thing.

And approximately 72% of commenters on every single article on the topic have joked that notorious Vuitton aficionado Floyd Mayweather Jr. will buy all 25 of the limited edition bags. Which is ludicrous, because there’s a pretty good chance that Mayweather’s new protege, Justin Bieber, will grab at least one of them for himself.

The punching bag even manages to inspire mixed reactions in the model who uses it in the promotional videos for the Celebrating Monogram collection. In the general clip that showcases all of the collection’s offerings from creative luminaries like Frank Gehry, Rei Kawakubo, and Cindy Sherman, she’s clearly enjoying herself, kneeing the bag to the tune of the “TKO (Peaches Knock Out remix)” by Le Tigre.

In the individual profile, though, she’s gone emo, weakly tapping at the bag with her puny fists and overburdened head, perhaps brooding over how much her colleagues are going to make fun of her skills at the next models only boxing class in NYC.

Lagerfeld, on the other hand, looks pretty impressed with himself in the self portraits he took with the bag. And he has some right to be smug about the whole thing. The man was commissioned to design a bag for a fancy bag collection, and he came up with this. That’s at least a little bit playful and inspired. All things considered, it’s probably the second best boxing-related thing that Vuitton has ever done, next to their 2012 campaign with Muhammad Ali. It’s also a far better attempt at combining fashion and boxing than my brief flirtation with wearing Everlast shorts as streetwear in 1994. 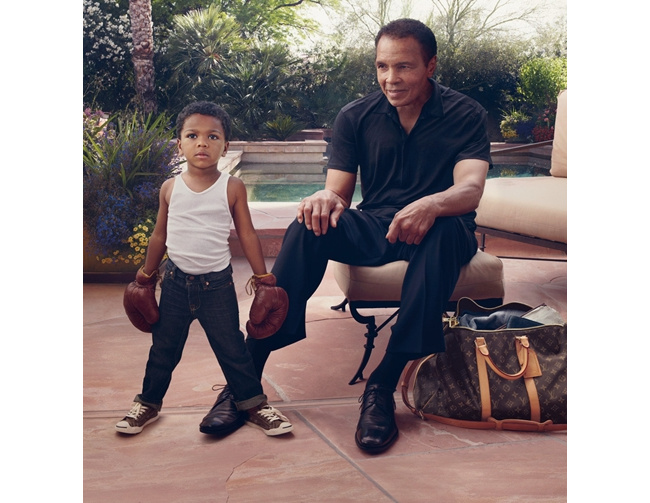 Of course, it’s also possible that Karl’s just proud of himself for indulging in a bit of (possibly poorly researched) appropriation that’s far less stupid and questionable than his takes on headdresses and feminism.

Incidentally, those photos are likely the most action that the bag will ever see from its creator. The Diet Coke-swilling, fat-phobic Lagerfeld doesn’t exercise at all because, as his physician writes in The Karl Lagerfeld Diet, exercise “runs the risk of making you hungry. Besides, he worked out when he was younger, and his doctor assures him that was enough for a lifetime.