You Should Fly to Los Angeles to See This Ancient Statue of a Boxer. Seriously. 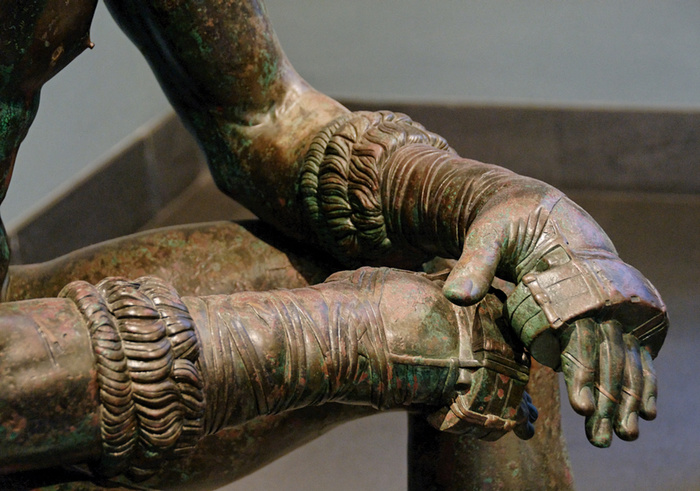 “Now, whoever has courage and a strong and collected spirit in his breast, let him come forward, lace on the gloves and put up his hands.” —Virgil, The Aeneid

In 1885 a 2000-year-old statue was pulled from the south slope of the Quirinal Hill in Rome, at the site of the ancient Baths of Constantine, of a seated boxer gazing upwards after a fight, exhausted and bloody. The discovery, bigger than life-size and intact, was a miracle of both Hellenistic art and modern archeology. Rodolfo Lanciani, an archeologist and eyewitness to the excavation, said that in his long career he had never before “felt such an extraordinary impression as the one created by the sight of this magnificent specimen of a semi-barbaric athlete, coming slowly out of the ground, as if awakening from a long repose after his gallant fights.”

For only the second time since “Boxer at Rest” was pulled from the earth 130 years ago, the statue is in the United States. Until November 1 it can be seen at the Getty Museum in Los Angeles, part of an exhibit of rare Hellenistic sculpture. The first time around, in 2013, the Metropolitan Museum of Art in New York City made “Boxer” the temporary centerpiece of its Greek and Roman Art display. Writing for New York Magazine at the time Jerry Saltz said that he “lost all bearings” when he first saw “Boxer at Rest.” “It was like a thunderbolt,” Saltz wrote. “My psychic borders broke as it instantly embedded itself in my inner museum: It’s one of the greatest works of Western sculpture I've ever seen. It’s a masterpiece of immeasurable pathos, profundity, humanity, and otherness; inexpressive mysteries of material and self merge. I see dark inner depths, something brutal, brooding, beautiful, gigantic, an inchoate island unto itself. A kneaded muscular wrecked mountain, Minotaur-like. It was like I heard some barbaric howl.” 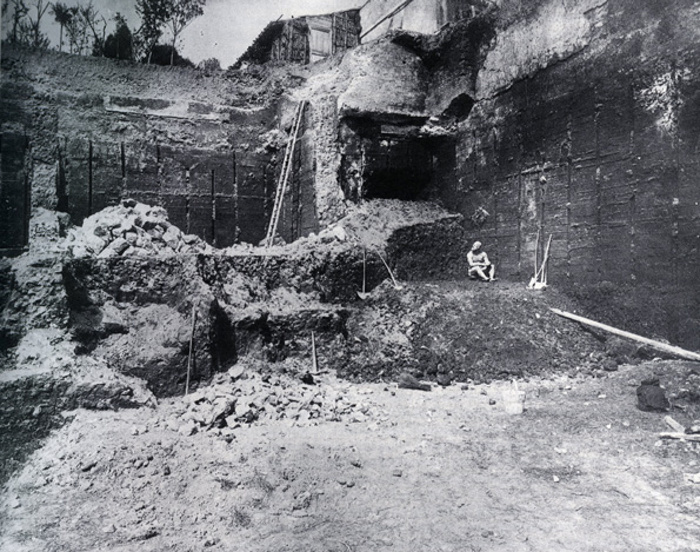 The secret behind “Boxer at Rest” is in the bronze. The Hellenistic period, which began with the death of Alexander the Great in 323 BCE and continued until the emergence of the Roman Empire in 31 BCE, was an age of great artistic innovation, driven by the use of bronze, a material with more tensile strength, reflective effect, and opportunity for detail than the marble that defined the more lauded Classical Era of Greek art. Sculptors working in bronze could dive into the details of the human form in ways they couldn’t before—rendering tousled hair and bulging tendons and veins, and capturing the subtleties of human musculature—allowing them to do away with the idealized forms of earlier ages in favor of realistic portrayals of human emotion, physicality, and expression. The Hellenistic Era marked the beginning of a new age of authenticity in art, and many experts consider “Boxer at Rest” its apex.

“At first glance, the ears look simply swollen and bleeding with what is commonly described as ‘cauliflower ear.’ But if you look more closely there is evidence of freshly performed surgical treatment of hematomas sustained in the pugilist’s match. … There are three incisions on his ears, two on the right and one on the left. Each incision is neat, horizontal, and dripping fresh blood. This is emphasized by the sculptor, who presents these incisions and their bloody drainage with a lighter alloy of copper. In contrast, the cuts on his face, nose, and forehead are ragged and multi-directional. When these lacerations are compared to his ears, the neat horizontal incisions stand out as being administered after the fight by a skilled hand.” —Dr. Jeffrey M. Levine, M.D. 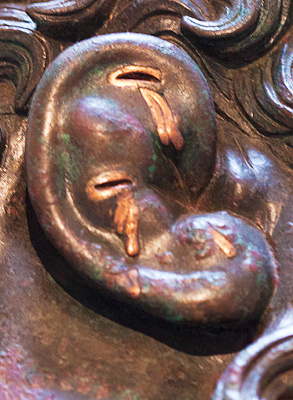 “Boxer at Rest” is the opposite of idealization. The perfection of the Classical Era is dead and gone. The boxer is marred and mangled and his body is realistic in musculature and facial affect. The artist used copper inlays to creates wounds on the fighter’s head, numerous cuts and scars on his face and forehead, a bruise under his right eye cast in a different alloy to give it a darker color, sunken lips, a broken nose and cauliflower ear, and blood that has fallen from his face onto his arm and thigh. The sculptor was not only able capture the fighter’s humanity but the spirit of fighting itself: the pain and the pathos, the thrill and the degradation, the anatomical perfection and collapse, the contradiction of life and death at the heart of all fighters.

Lucilius: “Having such a mug, Boxer, go not to a fountain not look into any transparent water, for you, like Narcissus, seeing your face clearly, will die, hating yourself to death.” 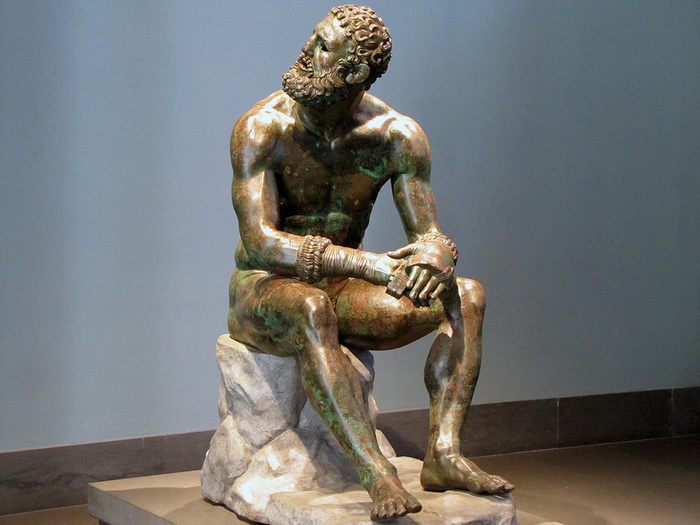 J. Paul Getty, who opened the Getty Museum in 1954, in addition to being a billionaire industrialist and oil tycoon and patron of the arts, was a great fan of boxing and a longtime friend of heavyweight champion Jack Dempsey. Getty took lessons with Dempsey in the barn of the Getty home on Wilshire Boulevard and even sparred with him in 1923 in Saratoga Springs, New York, when Dempsey was training for his title fight with Luis Ángel Firpo. Dempsey described Getty as “well built, pugnacious by nature, and quick. I’ve never met any boy with such intense concentration and will power—perhaps more than is good for him.”

Ancient Greek boxers wore straps around their knuckles to protect their hands, made of hard leather and wool. Starting in the fourth century BCE, the time “Boxer at Rest” was sculpted, fighters started using gloves with ox-hide straps around the fingers and fur trims they could use to wipe the blood and sweat from their faces.

Later, during the Roman Imperial Period, when things got serious, gloves were turned into deadly weapons, equipped with sharp metal, iron plates, and broken glass. The Romans called these gloves cestuses.

The only other thing the Boxer is wearing (an exposed man in an age of artistic authenticity and emotional transparency) is a kynodesme, a small piece of string tied around the foreskin of the penis. Ancient Greek boxers practiced sexual abstinence and extreme self-control, believing sperm was a source of masculinity and strength and therefore not to be tossed away frivolously. Fighters would tie up and cover their genitals using a process called “infibulation.”

Kynodesme is the Greek word for dog’s leash.

Since the discovery of “Boxer at Rest” the subject of the statue has been wrongly identified as Kleitomachos, a legendary Theban fighter who won the boxing competition at the 216 and the 212 BCE Olympic Games. While Kleitomachos’ father did dedicate a statue to his son at Olympia, “Boxer at Rest” isn’t it.

In addition to his fighting prowess, Kleitomachos was also famous for his devotion to asceticism and sexual abstinence: the King of the Kynodesme. Legend has it that he would refuse to participate in conversations about sex and would even turn his head away when he saw dogs mating.

One man seeking perfection in an imperfect era.

The Pugilist at Rest: Thoughts on Thom Jones' Boxing Masterpiece