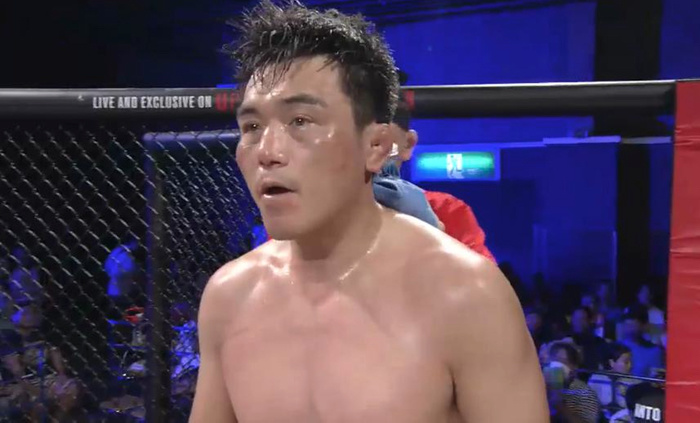 Pancrase 279 was a good, solid fight card, albeit rather innocuous. Known names such as UFC veterans Yushin Okami and Jonathan Brookins served as two of the highest profile competitors to be featured on the event broadcast on UFC’s streaming service Fight Pass.

There were plenty of fun fights, but there were 17 bouts in this bloated event so it was easy for uninspiring fights to fade into the background.

To my surprise, an unheralded contest between esteemed Japanese veteran Yuki Kondo and the relatively inexperienced Akihiro Takanabe was featured on the card—sandwiched betwixt fights with a combination of two lesser-known MMA competitors.

Kondo ultimately dropped a decision to Takanabe, but the former’s presence made me think about the legacy forged by Kondo and how he is overlooked as one of the early MMA stars to emerge from the Far East. Would Kazushi Sakuraba—a man who has trod a similar path to Kondo’s in the sport—be treated as an afterthought on a fight card?

Not a chance. At 47-years-old, Sakuraba remains a behemoth draw in Japan—exemplified in his last outing which saw him headline Rizin Fight Federation’s inaugural “Saraba no Utake” event in late December 2015 against Shinya Aoki. This is despite “The Gracie Killer’s” four-fight losing streak leading into this fight.

Perhaps it’s through circumstance, but Sakuraba’s popularity far supersedes that of Kondo’s. Sakuraba spent the majority of his fight career in arguably the biggest fight promotion at the time in Pride, while his captivating rivalry with the Gracie family undoubtedly drew in more fans and plaudits. He also has an extensive history in Japanese professional wrestling which no doubt helped his cause. But, when you think of Sakuraba, the images conjured are of his David vs. Goliath feats of pure balls of steel against much larger opponents. But, like other Japanese fighters, Kondo did the same.

Standing at 5’11” and weighing in visibly soft in the region between 170lbs and 190lbs, Kondo was a glorified welterweight spending the majority of his early fight career against light heavyweights and heavyweights. The perfect antithesis was seeing Kondo standing across the ring against four-time K1 World Grand Prix Champion Semmy Schilt—a towering heavyweight whose height nears seven foot—on four different occasions. Kondo won three fights to Schilt’s one.

It was a different time to that of now, but Kondo fought 11 times in 1996 after making his debut in January of that year—leaving with a record of 7-3-1. Wins over top names such as the aforementioned Schilt, Frank Shamrock and Pete Williams were clouded by losses to big names Jason DeLucia, Masakatsu Funaki and Guy Mezger all under the Pancrase banner.

You can’t keep a good man down: Kondo swiftly avenged his defeats against Mezger and Funaki—on three separate occasions in the latter’s case. During Kondo’s time in Pancrase, he won the 1996 Neo Blood tournament, two openweight championships and both the light heavyweight and middleweight titles—finishing with a promotional record of 31-4-3 at the time.

Few men typify the “I’ll fight anyone, anytime, anywhere” mantra peddled by many fighters out there quite like Kondo did—and continues to do so now.

He may have lost on the weekend, but that fight saw Kondo notch up his 99th professional MMA fight. The quality of opponent has diminished significantly at 41-years-old, though that’s to be expected. Saying that, Kondo has managed to fight more than once a year—winning at least one contest in the process—for the last twenty years consecutively. You’d be hard-pressed to find anyone else achieving such a feat.

There is plenty of credence behind a campaign for Kondo’s rightful recognition as one of the sport’s pioneers. But, he is never mentioned in the same breath as Sakuraba for his exploits in Japan. Even Minowa attracts more attention for his work than Kondo ever has—which is odd considering how the three have all crossed paths with either each other or opponents in common. Hell, Kondo even beat Minowa.

With a record of 59-31-9, Kondo’s spotty record looks somewhat unspectacular. But, it’s not too dissimilar to Minowa’s record of 62-40-8 and he has twice the fights Sakuraba has with his 26-17-1-2 total. However, unlike Minowa and Sakuraba, who have 15 and 10 knockout losses attributed to their records respectively, Kondo remains relatively unscathed with only five losses by way of knockout.

Perhaps the above is due to Kondo’s appropriate tapering down in levels of opponent. But, regardless, Minowa was savaged by lightly-regarded Chinese fighter Zilong Zhao inside 90 seconds in his last outing at ROAD FC’s end-of-year show—much like how Sakuraba fared against Aoki in his last fight. Both performances were tough to watch to say the least.

99 fights into his MMA career, Kondo is less battle-worn than Sakuraba despite having double the fights and similar (in some cases the same) opponents and Minowa despite being older. Unlike his JMMA rivals, I hope to see Kondo continue his MMA career—even if it is on the undercard of an overstuffed Pancrase event. However, Kondo’s extensive history in the sport should warrant much more recognition than what is presently afforded to him.

The Rebirth of Japanese MMA