Jesse Hughey is a freelance writer and the copy editor at the "Dallas Observer." When he isn't writing about beer, food, music, comedy, culture, or anything else, he is a homebrewer and competitive eater. He lives in Oak Cliff, Texas, with his two children. 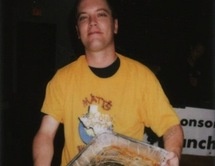