L.A. Jennings is the author of She's a Knockout! A history of women in fighting sports. She earned her doctorate in Literary Studies in 2013 and is the owner of Train.Fight.Win., a MMA gym in Denver, Colorado. 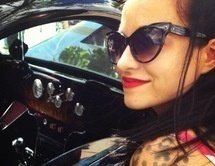