Bill to Expand the Muhammad Ali Act to Include MMA Is Now in the U.S. Congress 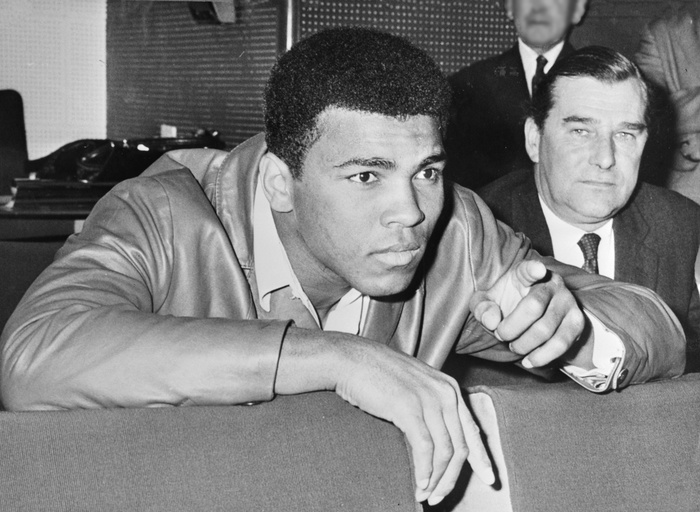 For those of us who have dreamed of the day when mixed martial arts would work its way into the national political debate, last week was a quiet victory. On Thursday, Markwayne Mullin, a Republican congressman from Oklahoma’s 2nd District, introduced a bill in the House of Representatives that would amend a longstanding law regulating boxing to include all combat sports, in particular MMA.

House Resolution 5365 would expand the authority of the Professional Boxing Safety Act of 1996 to include fighters of all combat sports in its safety provisions. This would be the second major amendment to the Act, which was updated and augmented in 2000 by the Muhammad Ali Boxing Reform Act in order to protect boxers against exploitative practices by promoters and managers, rigged ranking systems, and conflicts of interest. The Act imposes a one-year limit on any contractual rights a promoter forces a boxer to provide, requires promoters to disclose contracts they have with boxers, and bars promoters from having financial ties to a boxer’s manager. The act was passed to make up for the fact that boxing has no central governing body looking out for the interests of fighters and enforcing clear and fair contractual guidelines.

“This amendment is to make sure that both fighters and organizations are in it for the long run,” Mullin told ESPN earlier this month. “It can't be slanted one way, and right now, it's slanted towards promoters. Fighters are treated not as an asset, but as a commodity." Mullin’s bill is currently under consideration by the House Energy and Commerce Committee and the House Education and the Workforce Committee.

Last summer members of the Mixed Martial Arts Fighters Association, including former UFC fighters Jon Fitch, Wanderlei Silva, and Cung Le, came out in support of expanding the Ali Act to include MMA, a move they believe will improve the balance of negotiating power between fighters and promoters. They say the expansion of the Ali Act to include MMA would be the first major step toward establishing a fighters union and collective bargaining for workers who are now considered independent contractors.

The movement to modify the Ali Act to include MMA has its detractors on both sides of the argument, however. Supporters of the status quo claim the reason why MMA has exploded in popularity over the last decade, even as boxing has fallen largely out of favor, is because promoters like the UFC and Bellator have the kind of power they do—to make fights, to set contracts and pay, to establish promotional tenures, and to arrange for sponsorship: to establish efficiency through control, which the Ali Act is designed to chip away at. Like the NFL or the NBA, these detractors claim, the success of MMA depends on a centralized authority. On the other side of the issue, some supporters of increased bargaining power for fighters see the Ali Act as a vague and toothless law: ceremonial at best, counterproductive at worst. They point to the fact that it hasn’t been enforced once by the Department of Justice or any U.S. attorney since 2000, leaving it to the Association of Boxing Commissions, which has no real power to enforce a federal law.

Still, supporters of Mullin’s bill say that the Ali Act is a much-needed first step on the road toward parity and the reason why boxers make so much more money than mixed martial artists do, even as MMA surpasses boxing in popularity and cultural significance. They point out that under the terms of the law, promoters are required to disclose the amount of revenue they have contracted to receive from an event. Simply knowing how much a promoter is set to receive from a particular event would allow fighters to negotiate better contracts. Knowledge, the bill’s supporters say, is power.

As for anyone confused about why a Republican congressman from an ultra-conservative right-to-work state like Oklahoma is suddenly concerned about workers being treated like commodities and would propose a bill that could lead to the unionization of an industry, Markwayne Mullin, before getting elected to Congress, was a mixed martial artist himself, with firsthand experience, he says, of witnessing promoter mistreatment. Back in the mid-aughts he went 3-0 in the Oklahoma minor leagues and told Bloody Elbow he saw fighters being told by promoters that their purses would be contingent upon how many tickets they themselves sold. “’Here’s 500 tickets,’” he heard promoters telling their fighters. “’Go sell your tickets.’”