Joel Tudor on the Art of Surfing, Fighting, and Style 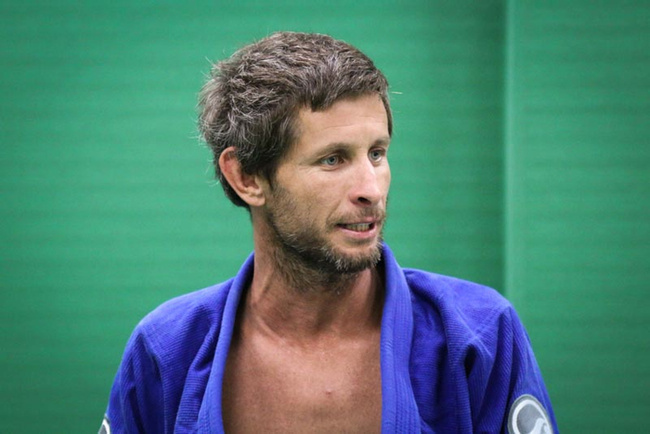 In 1990, at the age of 14, Joel Tudor made surfing his life and went on to become one of the most accomplished Longboarders of his time. Today, at 37, Joel has extended his role of surf icon, and has added mixed martial artist to the list of mediums he dedicates himself to. Everyday Joel Tudor takes his kids to school, goes surfing, takes off his wet suit, and then puts on a gi and trains Brazilian jiu-jitsu.

We visited Joel for a day in Solana Beach, California where he lives and owns his own jiu-jitsu academy called Surfight, located right across from the local surf-spot. “It’s a good thing surfing still pays the bills. Fighting is just my hobby,” he says as I walk into his beautiful home last week. I had heard that Joel had a great “how I got into martial arts” story, so I ask him right away how one of the world’s most well known surfers picked up combat sports.

“If you expect to travel the world and surf the world’s best waves, well you are going to encounter some shit. Straight up. Every good wave in the world, unless it hasn’t been discovered yet, has locals that don’t want you there at all. It’s more of a matter of survival. Nobody wants to be told that they can’t surf somewhere. Unless your name is Flipper, I’m not listening to you. You know what I mean?” 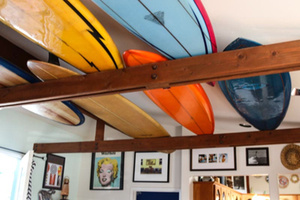 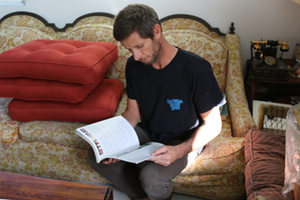 Joel stands in the kitchen and prepares a green smoothie for me while his two young sons grapple in the living room. Joel pulls out several vintage instructional grappling books and puts them down on the kitchen counter. He flips through the pages of The Science of Wrestling and the Art of Jiu-Jitsu by Earle Liederman, a book published in 1924, and How to Wrestle/Wrestling (Catch-As-Catch-Can) from 1916.

When a young, talented Joel (still an outsider from San Diego) started surfing in Hawaii, the other kids his age didn’t play nice. So Joel found some of the older foundational personalities in the surf world like Donald Takayama, Nat Young, and Gerry Lopez to hang out with instead. Because of this, Joel’s approach grew around his respect for the sport’s history, and preserving its diverse forms. His perspective on what it means to be a good surfer became much more about style than his short-boarding counterparts who were mainly focused on progression. While the sport of surfing was moving towards a more narrow competition-based style, Joel remained outspoken in his belief that all categories of wave riding were valid and important.

The same goes for his approach to MMA. “I’m fascinated with mixed martial arts. It’s so young, a lot like surfing. But before you start projecting that it's all about the youth, you have to step back, and before you put your foot in your mouth, fucking study. I think its rad, but it’s important that people take a little bit of a history check. Martial arts are thousands and thousands of years old. Did you know Maeda introduced Judo to England? He was there before he was in Brazil. Some feelings might get hurt, but fundamentally we are all doing judo,” he tells me without looking up from his book.

“There’s a whole thing on toe holds in here. Crucifix…straight arm-lock…over-under passes…guillotine…it’s crazy. There is so much shit in here. There’s even the twister back-take set up. There is stuff that predates everyone. Judo was part of the curriculum in Japan for the past 200 years. It’s hard to turn your back on that. It’s the truth. There’s no doubt—none of us would be grappling if it weren’t for Royce. [The Gracies] are the gnarliest. I’m just saying that the story that of the fish being this big, is now this big.”

Joel is now a judo black belt, and a Brazilian jiu-jitsu black belt under Carlson Gracie. He has won numerous jiu-jitsu world championships, becoming not only an icon of surfing, but is also not very far from the top level of grappling competitors. He also boxes and wrestles on a regular basis. 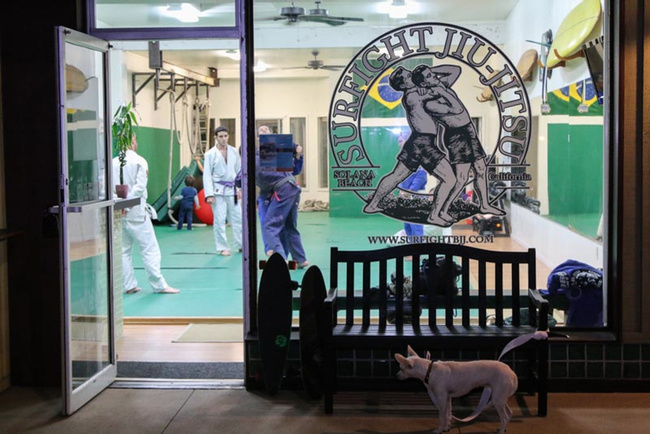 The Surfight academy is small—no fancy cage or weight room, just green mats and a small changing room. It feels humid and salty from the nearby ocean air. Joel puts his youngest son into a laundry basket, props him on the front of his skateboard, and cruises up to a group of his students outside waiting for his arrival. Inside, two vintage surfboards from his collection adorn the walls. 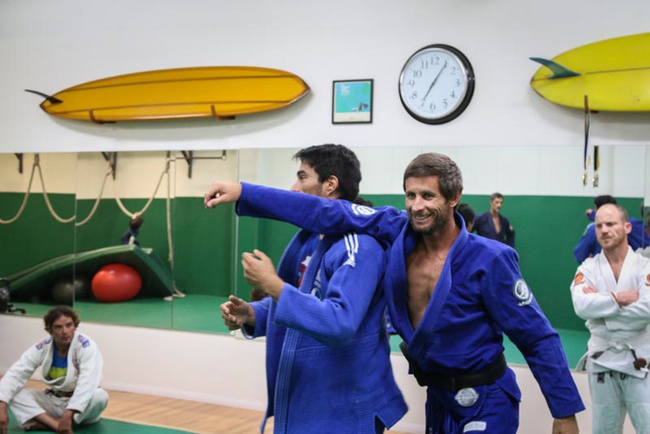 It’s always surprising when someone so talented in another sport makes such a successful transition. Jiu-jitsu may be have been a new sport altogether for him, but he’s actually in a very similar place. He climbed the ranks during the most influential time in modern surf culture, and finds himself in a similar time for mixed martial arts. The same fervor for the history and style of surfing has carried over and informed how he trains and teaches MMA. After quickly throwing on his gi, and breaking down several judo throws for his students, I ask Joel if he thinks MMA will suffer the same negative effects that surfing did during its rapid commercialization in the 90s.

“From my perspective all the state-of-the-art stuff that comes to any action sports comes through [the way it is] filmed and photographed. Generally, the way MMA is presented now is limiting. I feel like it should be presented way more artistically. It can get really corny in the way it’s marketed,” he says. If anyone could make the sport as seamless and cool as surfing, it’s Joel. 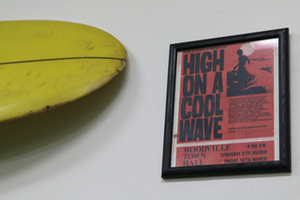 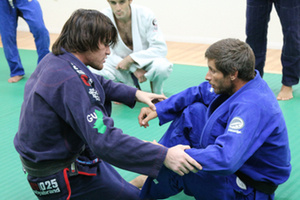 Now, he’s an advisor and caretaker in both the surfing and the Brazilian jiu-jitsu communities. He has trained with almost everyone I could name, and feels obliged to look after some of jiu-jitsu’s young talent. As I say my goodbyes (now wishing that all gyms had more sense of style) Joel quietly says, “I know something about becoming the best at something. And I want to pass that on.”